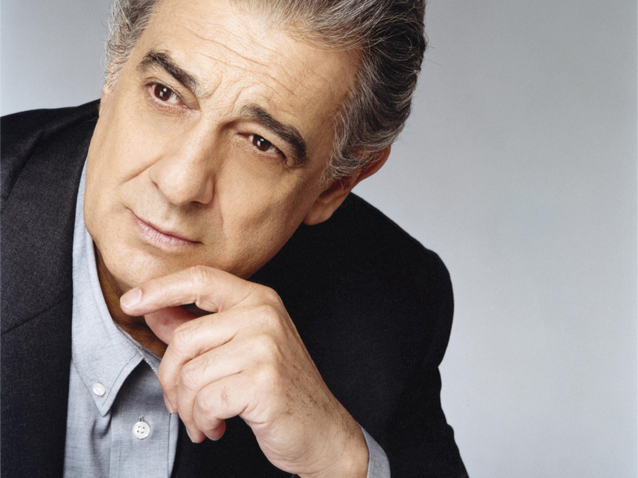 Plácido Domingo is a world-renowned, multifaceted artist, recognized not only as one of the finest and most influential singing actors in the history of opera but also as a respected conductor. And as General Director of Los Angeles Opera and Washington National Opera, he is a major force as an opera administrator. He turned seventy in January 2011, but his gifts and energy remain undiminished.

Domingo’s vocal repertoire encompasses 140 stage roles – a number unmatched by any other celebrated tenor in history – and he has recently added the title baritone roles of Verdi’s Simon Boccanegra and Rigoletto to his list of achievements: in the course of the 2009-10 season he appeared as Boccanegra at the Berlin Staatsoper, La Scala, the Metropolitan Opera, Covent Garden, and Madrid’s Teatro Real, and in September 2010 he took the role of Rigoletto in a live telecast from Mantua, Italy, the city in which the opera’s story takes place. (He is planning to add three more baritone roles – Athanaël in Thaïs, Francesco Foscari in I Due Foscari and Giorgio Germont in La Traviata – to his repertoire in 2012 and 2013.)

His more than 100 recordings of complete operas, compilations of arias and duets, and crossover discs include Deutsche Grammophon’s anthology of the complete Verdi arias for tenor and EMI’s albums of Wagnerian roles that he has not sung on stage: Siegfried in both Siegfried and Götterdämmerung, and Tristan in a complete recording of Tristan und Isolde. His extensive work in the recording studio has earned him eleven Grammy Awards and two Latin Grammy Awards, and he has won Emmy awards for the television film “Homage to Seville” and for the Met’s “Silver Gala” program. He was the Latin Recording Academy’s Person of the Year in 2010. Domingo has also made more than fifty music videos in addition to four feature films of operas: Carmen, La Traviata, Otello and Tosca, with the Mantua Rigoletto forthcoming. He has conducted many opera performances with the Metropolitan Opera, Covent Garden, the Vienna State Opera, and Los Angeles Opera, among many other ensembles, and symphonic concerts with the Chicago Symphony, National Symphony, London Symphony, Berlin Philharmonic, Orchestre Symphonique de Montréal, and numerous other orchestras.

In 1990, Domingo and his colleagues José Carreras and the late Luciano Pavarotti spontaneously formed the Three Tenors, which performed from time to time and with enormous success all over the world and attracted many new fans to opera.

Born in Madrid in 1941 to parents who were zarzuela performers, Plácido Domingo was brought to Mexico at the age of eight. He attended Mexico City’s Conservatory of Music, where he initially studied piano and conducting, but when his vocal talent was discovered he began to take voice lessons as well. At eighteen, he made his debut in a small role (Borsa in Rigoletto) at Mexico’s National Opera, and his first performance as a leading tenor (Alfredo in La Traviata) took place in the city of Monterrey when he was twenty. After having spent three seasons with the Israel National Opera in Tel Aviv, where he sang 280 performances of twelve different roles, he launched his major international career in 1965, and since then he has performed at all of the world’s most prestigious opera houses.

In 1993, Domingo founded Operalia, an annual international voice competition, which has helped to start the careers of many singers who have since become major figures on the world’s stages. In 2012, Operalia took place in Beijing. Domingo was also the prime mover behind Washington National Opera’s Domingo-Cafritz Young Artist program and Los Angeles Opera’s Domingo-Thornton Young Artist Program, both of which are designed to nurture and support the careers of opera’s future standard-bearers. Domingo is also Artistic Advisor for the Youth Orchestra of the Americas.

In his native Spain, Plácido Domingo has been awarded the Gran Cruz de la Orden de Isabel la Católica, the Medalla de la Orden de las Artes y las Letras de España, and the Premio Prinicipe de Asturias de las Artes; and in Mexico, where he grew up, he received the Aguila Azteca. He was awarded the Presidential Medal of Freedom in the United States and the titles of Commandant of the Legion of Honor in France, Honorary Knight of the British Empire, and both Grande Ufficiale and Cavaliere di Gran Croce of the Order of Merit of the Italian Republic. He has received honorary doctorates from Oxford University and New York University for his lifelong commitment and contribution to music and the arts. In October 2009, King Carl Gustaf of Sweden presented him with the first Birgit Nilsson Prize (at one million dollars, the most generous prize in the world of classical music) for his outstanding achievements in opera; in accepting the award, Domingo said that it would “greatly benefit my annual competition, Operalia.” He has raised millions of dollars through benefit concerts to aid the victims of Mexico’s devastating 1985 earthquake, of the floods caused by Hurricane Paulina in Guerrero and Yucatán, also in Mexico and in El Salvador, and of the victims of Hurricane Katrina in New Orleans, where, in 2009, the stage of the Mahalia Jackson Theatre for the Performing Arts was named for him. In 2006, he conducted Verdi’s Requiem Mass in Warsaw, to commemorate the first anniversary of Pope John Paul II’s passing.

In 2011, Domingo celebrated not only his 70th birthday but also his 50th anniversary as a singer of leading roles and the 40th anniversary of his Covent Garden debut. But there are no signs of slowing down: in 2012 he is scheduled to give over eighty performances, between singing and conducting, in New York, Los Angeles, Valencia, Monte Carlo, Madrid, Berlin, Lisbon, Shanghai, Verona, London, Kiev, Santiago (Chile), Hermosillo (Mexico), Zurich, Salzburg, New Orleans, Seville, Vienna, Bahrain, Stockholm, Malmö, Prague and Acapulco. Although he resigned as General Director of Washington National Opera at the end of the 2010-2011 season, after fifteen years in that position, he continues as General Director of Los Angeles Opera.

Newsweek and other international publications have fittingly described Plácido Domingo as “the King of Opera,” “a true renaissance man in music,” and “the greatest operatic artist of modern times.”

I due Foscari - Salzburger Festspiele (2017) 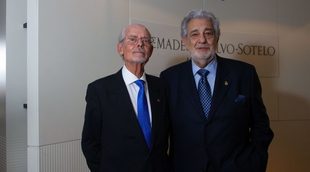 Plácido Domingo, the singer with 150 roles as a tenor and baritone, the conductor and even the theatre director, needs no introduction. It is perhaps less well known that Plácido Domingo has also had a long-standing… 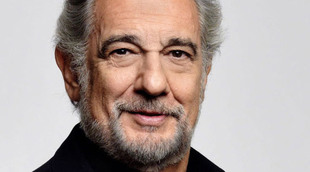 Plácido Domingo is a monument. Like all monuments, there may be a strong temptation to want to deconstruct him, put him on trial, undermine his foundations, and like any monument of that kind, the interested party is…

Ilana Walder-Biesanz
Published on the 15 of August, 2017
See all columns 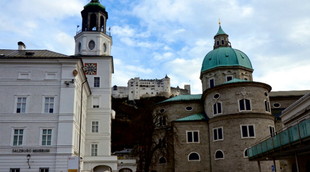 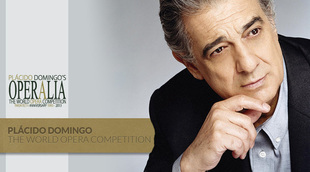