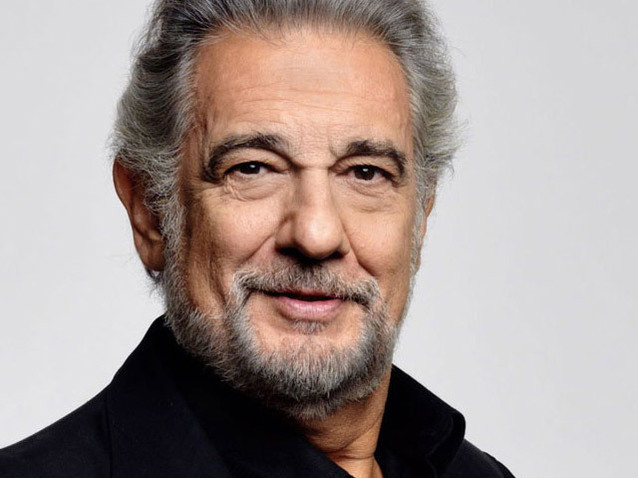 Plácido Domingo is a monument. Like all monuments, there may be a strong temptation to want to deconstruct him, put him on trial, undermine his foundations, and like any monument of that kind, the interested party is not the last one to provide arguments in favour of this deconstruction. This irrepressible desire to want to keep his long career going at any cost, for example: he had been paving the way for it for a long time, trying to establish himself as a conductor, with an intense and constant lack of success; he achieved it as baritone in 2009, in the title role of Simon Boccanegra: there were criticisms, but Domingo’s admirers did not restrain their enthusiasm, and although this later career today seems to be coming to an end, these few bonus years will have been lived happily by many music lovers who were won over in advance. Also, his hostility to any artistic modernity, whether it concerns the staging aspect or the music itself: the old-fashioned, sentimental style of the operas he created sought to continue Puccini, but they lost some of the flavour and colour. And of course the pact with that marketing devil: the Three Tenors concerts, with Luciano Pavarotti and José Carreras, who never won anyone over to opera but at least had the good sense not to play tenor wars for the pleasure of the of the media. 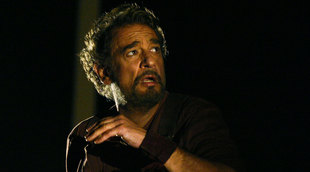 The fact remains that Domingo’s main claim to fame will be the half-century career as tenor, which notably accompanied the tormented evolution of the lyric world in the second half of the 20th century. Since his debut in 1959, and especially since he conquered the world’s great stages starting in the late 1960s, he paved the way in the heaviest Italian repertoire, all the more remarkable for today’s singers that Domingo’s apogee coincides with that of the record industry: among other publishers, Deutsche Grammophon has probably published more than thirty complete-works sets for its star tenor, which have undeniable qualities but also the defects inherent in studio recordings, a certain coldness, a distance that does not always reveal the intensity given off by Domingo on stage – the opera films made by Universal often have the same defect, but the increase in live-performance DVDs is correcting that. But these studio recordings at least give us the essential key to his success and longevity: Domingo is not just a voice given by Nature; he is most of all an excellent musician, and he is a musician and not just a force of nature who takes on the heavy roles in the repertoire, Otello or Cavaradossi: this is the only possible way for his voice not to be just a succession of notes in the strained passages, but also a character, an emotion, an act of violence if necessary, or a smile. That is how he was able to approach Wagner: for some roles, it was only in the studio, but often on stage as well, starting in 1968 for Lohengrin, and even a few summers in Bayreuth for Parsifal and Siegmund. This musicality, capable of precisely controlling its effort to retain all the reserves needed where the demands become inhuman for those other than Domingo, who works the dynamics as well as the brilliance of the sharps, who integrates emotion without needing glottal effects, reflects a vision of opera as a worthy and living art; in that as well, Domingo has contributed with brio to destroying so many prejudices about opera as art of the past, and the convention that threatened at first to win the day. 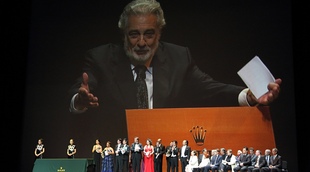 But Domingo’s activities in the opera world are not limited to his glorious voice and less fortunate baton; in 1996, he took over as artistic director of the Washington Opera, to which he added the same spot in Los Angeles starting in 2000. This activity, which ended several years ago, will probably have contributed to maintaining the prestige of the opera genre in the United States, but Plaćido Domingo’s main claim to fame as a powerhouse of the opera world is not that: by founding the Operalia competition in 1993, Domingo did not create just another competition, but one which, among the profusion of insane international competitions, finds the great singers of tomorrow with the greatest certainty: its founder’s unique way with people was a big part of that. One simply needs to look at the list of this competition’s winners: Nina Stemme, Inva Mula, Kwangchoul Youn: names that need no introduction. And while tenors are plentiful in the top ranks (from Rolando Villazon to Joseph Calleja by way of José Cura), we can see that it is the full spectrum of the human voice that is covered – countertenor Brian Asawa is among the winners of the second edition. It might be said that this competition itself is a wickedly effective means of conquest for one of the most powerful men in opera; it is certainly not false, but it would be difficult to deny the generosity with which Domingo then puts his influence to use in service of the winners, willingly invited to take the limelight at his sides. The word generosity is a bit trite in the case of stars in one artistic domain or another, but it is no less justified for Domingo. On stage and in the city, this generosity is accompanied by a sort of appetite for life that is the engine behind his various enterprises, but which most of all nourish the characters he plays. That is what joins together the 144 roles claimed by Domingo, a solar flare, immediate, which binds the audience to their often tragic fates.