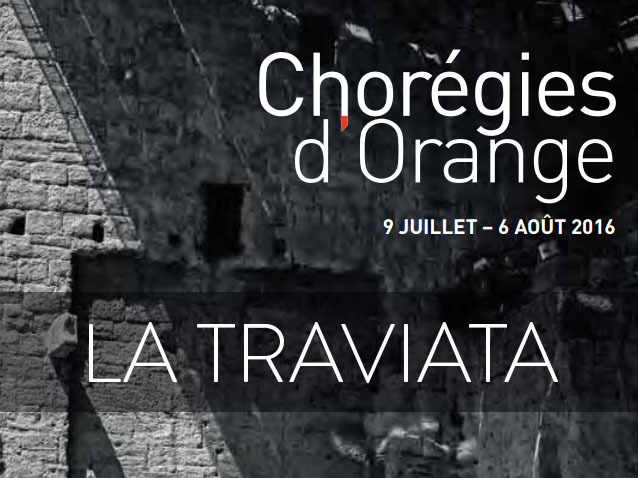 The last of the three operas of the famous ‘Verdian trilogy’, together with Rigoletto and Il Trovatore, La Traviata was born of Verdi’s discovery, during a stay in Paris in 1851-52, of the play that Alexandre Dumas junior had adapted from his novel The Lady of the Camellias. He felt deeply concerned by the subject, echoing his own life as it did. The story of Marie Duplessis told by Dumas did not fail to evoke that of his partner, the singer Giuseppina Strepponi, who had lived a troubled life. That Verdi was living together with the singer was badly received by the bourgeoisie of Busetto, the city near Parma where they had their home, that condemned his scandalous behaviour. Verdi saw in the play the opportunity of denouncing the lack of understanding and the hypocrisy of the society he was sur-rounded by – this also being the reason why he regularly stayed with Giuseppina in Paris, escaping there the parochial and bourgeois conformism of the small Italian duchy. Giving up the ample historical epics that were typical of his first creative period, from Nabucco to La Battaglia di Legnano, Verdi, deeply disappointed by the failure of the Italian revolutions of 1848-49, fell back upon a bourgeois and intimist drama exalting the spirit of sacrifice of a woman transcended by love. ‘La Traviata’, literally ‘the woman gone astray’, falls in love, and this love of the mere courtesan for a young provincial sowing his wild oats proves redemptive. This is the thread of the work that was created in Venice on 6 March 1853. It proved a resounding flop, due probably to second-rate or unin-spired performers. The soprano Salvini-Donatelli, singing the part of Violetta, displayed glowing health, and in the last act decidedly lacked verisimilitude for a consumptive, dying person, which drew laughter from the audience. Having revised the second act, obtained a better cast and more rig-orous staging by Piave, Verdi’ librettist and friend, the work proved a resounding success one year later, still in Venice. That huge success has remained unfailing ever La Traviata is indeed an opera that requires singers of the highest standard to meet the boldness of the work, and this on different counts. First, Verdi addresses a subject that is directly relevant to the socie-ty of his times: the realism of the subject is given strong expression by the musical forms he uses, forms perfectly appropriate to the drama that unfolds. As concerns the parts, Violetta requires sensu-ality, but not devoid of distinction, her charm coming from a combination of voluptuousness and wit, requiring a coloratura soprano of outstanding qualities. Alfredo Germont, the young provincial who has gone up to Paris to lose his innocence, an unthinking boor, though authentically in love, requires a lyric tenor with a voice of great purity. Germont senior, the representative of the bourgeois society that crushes Violetta, himself the victim of prejudices he becomes aware of, is a Verdi baritone with a noble, hearty and grave voice, who has to amply express a beautiful cantabile.