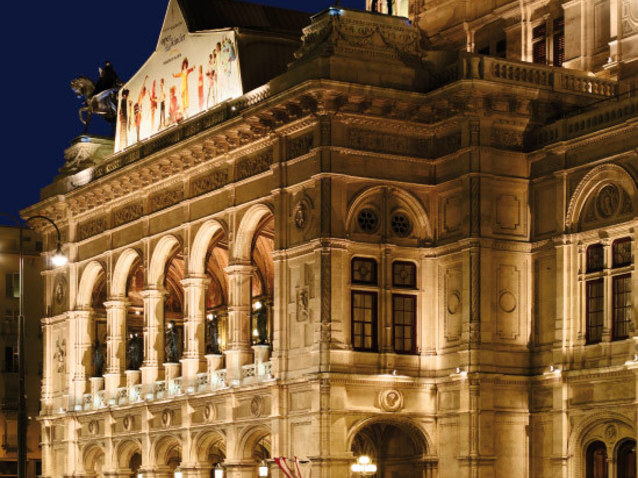 As part of the immense urban-development projects that transformed the look of the Austro-Hungarian capital in the second half of the 19th century, the Hofoper (Court Opera House) built in 1868 across from the old opera house was the first public building on the Ringstrasse. Its architects, Eduard van der Nüll and August von Siccarsburg, were roundly criticised. The Hofoper am Ring, with its 2,260-seat hall, was inaugurated on May 25, 1869, with Mozart’s Don Giovanni sung in German. In 1918 it became the State Opera (Staatsoper). But the Vienna Opera did not really make musical history until Gustav Mahler arrived. In 1897, at the age of 37, he came to manage the Opera, as it did not yet have an organisation worthy of Vienna. His policy of opening up the repertory to contemporary works and his professional and artistic standards left a deep imprint on Vienna’s musical life. The Slavic lyric repertory was very popular, especially works by Smetana, and contemporary works from Leoncavallo to Strauss also played a large role. He established a troop of very talented singers and in 1901 hired Bruno Walter, with whom he had previously worked in Hamburg. Mahler’s management also had major consequences for the design of opera performances. Casting aside deeply rooted habits that treated opera as a social rendezvous, he turned off the lights during the performance, changed the conductor’s position so he would be facing the audience, transformed the staging by turning the scenery into a work of art. That is the approach he took in working with Alfred Roller, and their 1903 production of Tristan remains a genuine turning point in opera staging. Despite his authoritarian and controversial ways, he managed to balance the finances of an opera house that had become prestigious; he was the victim of intrigues and plots, and the least that can be said of them is that they did not all do honour to the composer’s detractors. Gustav Mahler resigned in 1907. He died four years later. He was succeeded (from 1908 to 1911) by another great name in European music: Felix von Weingartner. He put the spotlight on the works of Richard Strauss, giving the Vienna premiere of Elektra in 1909. After a stint as director of the Volksoper, Weingartner returned to run the Staatsoper from 1934 to 1936. Just as the empire of the two-headed eagle was collapsing, the Opera was run by two heads from 1919 to 1924: Richard Strauss and Franz Schalk. After bestowing on the public countless unforgettable moments of conducting (the world premiere of La Femme sans ombre, for example, in 1919), they ended up parting ways. Staying on as sole director, Franz Schalk was the craftsman behind numerous Vienna premieres of Verdi (Simon Boccanegra, for example), that until then had not appealed to Vienna audiences. It is no surprise that the Opera’s next director (from 1929 to 1934), Clemens Krauss, was also brilliant. He was behind the Staatsoper’s Vienna premiere of the opera by Vienna’s own Alban Berg, Wozzeck, in 1930. And, in a sign of Krauss’s charisma, many of the troop’s star singers, including J. Patzak, followed “their” conductor to Berlin! During the years 1935-1940, as storm clouds gathered over Europe, the Opera remained prestigious, first under Weingartner and then under Erwin Kerber, with conductors like Walter, Toscanini, Furtwângler, Knappertsbusch and de Sabata at the rostrum. Until 1938 the troop remained at a very high level; the Anschluss scattered them, and the Opera, like the rest of Europe, was plunged into years of darkness. Karl Böhm’s arrival in 1943 kept the opera going for another two years: the Staatsoper was bombed in 1945, and Böhm left. After 10 years of performances at the Volksoper and the Theater an der Wien, the Opera’s troop returned. The Vienna Opera House reopened its doors on November 5, 1955, the same year as the treaty Austria signed at the Belvedere, guaranteeing Austria its independence at the price of its neutrality.  That night its new director, Karl Böhm, conducted Fidelio in the restored white-and-gold hall; also restored were the main foyer decorated by Moritz von Schwind and the façade, all retaining their original appearance. The season of the reopening was spectacular: Böhm conducted Don Giovanni, La Femme sans ombre, Wozzeck, Knappertsbusch, Le Chevalier à la rose, Kubelik, Aida, Walter, Bruckner’s Te Deum and Beethoven’s Ninth Symphony! Following Karl Böhm’s resignation in 1956, Herbert von Karajan took over at the helm of the Opera, introducing the principle of performances in the original language as well as many stagings that he created while also conducting. He also introduced an era of co-productions with La Scala and, faithful to his role in this area, discovered many new talents - Mirella Freni in Mimi, for example. Accumulating tensions led Karajan to resign in 1964, and the rancorous climate was such that he was not seen again at the Staatsoper until 1977. Multiple directors followed over the past decades, including Egon Seefehlner from 1976 to 1982 and Lorin Maazel from 1982 to 1986, then Claudio Abbado as musical director, and Claus Helmut Dresde, director. The finest singers continued to perform here, with the extraordinary Vienna Philharmonic, which has been linked to the Opera since its inception. Today the Staatsoper is considered one of the world’s most important opera houses, especially because of its extensive repertory. It has been run by Dominique Meyer since September 2010, with Franz Welser-Möst as musical director.

The Marriage of Figaro - Wiener Staatsoper (202...

The Abduction from the Seraglio - Wiener Staats...

The Abduction from the Seraglio - Wiener Staats...

The Tales of Hoffmann - Wiener Staatsoper (2021)

The Barber of Seville - Wiener Staatsoper (2021)

The Marriage of Figaro - Wiener Staatsoper (2021)

The Marriage of Figaro - Wiener Staatsoper (2020)

The Tales of Hoffman - Wiener Staatsoper (2019)

The Woman without a Shadow - Wiener Staatsoper ...

The Daughter of the Regiment - Vienna Opera hou... 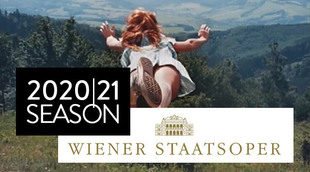 After ten years at the head of the Wiener Staatsoper, Dominique Meyer has this year taken over the direction of La Scala in Milan. He leaves his position to Bogdan Roscic, 52, whose name we recognise for having be… 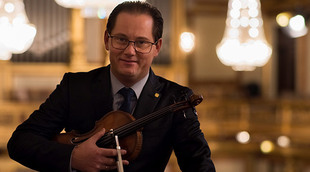 Just over a year into his new job, the Vienna Philharmonic Orchestra’s managing director, Harald Krumpöck, feels that he could not have chosen a better time to step up from the ranks of the orchestra’s players to take…