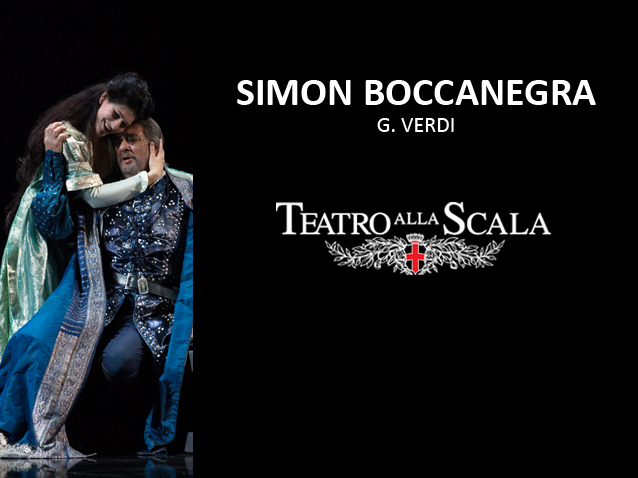 Simon Boccanegra is a dark melodrama, which was not appreciated in the Nineteenth Century. In fact it was not until more recently and with more mature audiences that its depth was finally understood. Its inconsolable sadness conceals a world that is litigious, cynical and dishonest and in which patricians and plebeians face one another. In the middle of it all is the old doge, the ex corsair Boccanegra, who is forced to quell fierce revolts, stupidity and betrayals. The only consolation, in this archaic and rapacious Genoa, is the fact that he is reunited with his lost daughter, who will accompany him in the latter stage of his life. Two extraordinary casts will alternate on stage. Leo Nucci and Plácido Domingo share the burden of this key figure of Verdi’s poetics. Amelia will be played by Carmen Giannattasio and Anja Harteros. The role of Gabriele Adorno will instead be played by Ramón Vargas and Fabio Sartori. Stefano Ranzani and Daniel Barenboim return to the podium in this refined production of director Federico Tiezzi, who is known for his use of pre-Raphaelite paintings and the poetic mirror which tilts at the end, bringing the orchestra and audience into the frame.

Helmut Pitsch
Published on the 18 of November, 2014
See all columns