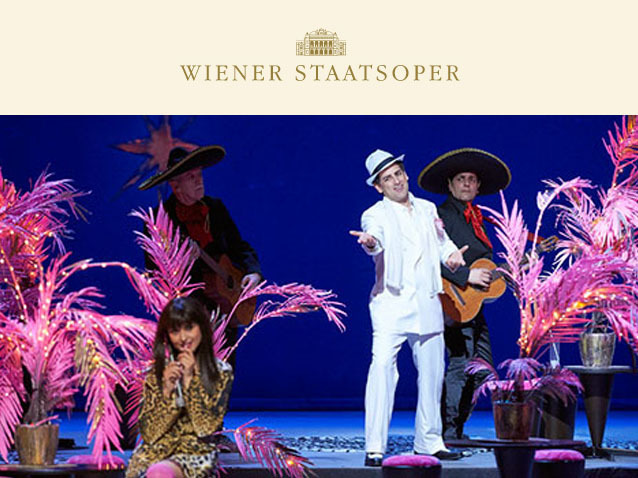 The old, wealthy, but miserly bachelor Don Pasquale wants to marry off his nephew Ernesto: to a wealthy woman. Ernesto however prefers the young, destitute widow Norina, who loves him. Although Don Pasquale has never seen Norina, he rejects the marriage – and throws Ernesto unceremoniously out of his house. Despondent, Ernesto writes a farewell letter to his beloved Norina. But Norina will not give Ernesto up...

Don Pasquale's new plan is now get married himself – and his friend Dr. Malatesta is to help him in this endeavour. Malatesta however sticks by Ernesto and contrives a complex plot in which Norina and Ernesto have a part to play: Norina is to be presented to the bachelor as Malatesta's well brought up sister Sofronia, who grew up in a convent. Don Pasquale is enchanted by this silent, virtuous creature – and enters into sham marriage arranged by Malatesta (but which Don Pasquale believes to be real). Immediately after the wedding, Sofronia (= Norina) changes her behaviour. She turns into a lavish, loveless, snappish shrew who terrorizes Pasquale and is – obviously – deceiving him. To get her out of the house again, Don Pasquale wants to give his nephew Ernesto not only a rich dowry, but also a home again, along with Norina (whose real identity is still unknown to him). Sofronia's true identity is then revealed. He has to learn his lesson: a man of the older generation should not try to court a younger woman...