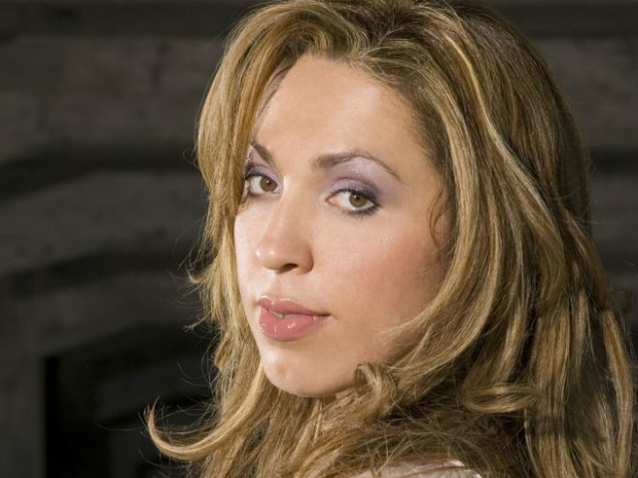 Maria José Siri was born in Uruguay and began playing the piano when she was five, encouraged by her passion for the music of her father, who taught her to play and sing Tango. In 2003 she began to perform in her country and was quickly recognized as a young talent in international competitions such as Juventudes Musicales and Ars Lyrica Montevideo where she won the first prize. In 2003 she was elected as “Newcomer of the Year” by the Association of Argentina's Music Critics. She arrived for the first time in Italy in 2004 and won the First Prize at the International Competition of the Accademia Musicale Umbria and of Mattia Battistini in Rieti, before receiving the First Prize at the Nuevas Voces Award at the Teatro Colon in Buenos Aires and at the International Competition Bilbao in Spain. In 2006 she also won the Music Prize of the Spanish Competition Manuel Ausensi in Barcelona and the first and audience prize of the Opera Competition at the Semperoper Dresden, Germany.

She subsequently started her international career in the world's most important opera theaters : in 2008 she sang Leonora in Il Trovatore at the Teatro Carlo Felice in Genoa, made her debut as Mimi in La Bohème at the Semperoper in Dresden, could be heard in Verdi's Requiem with the Berlin Philharmonic Orchestra in Berlin and in La Traviata at the St Margarethen Festival, Austria. An important debut was that at the Staatsoper Stuttgart in a new production of Aida, a role that became one of her favorite characters. In December of the same year she was in fact chosen for the part of the Ethiopian slave in the production of the great Franco Zeffirelli at Teatro Massimo in Palermo.

In 2009 she debuted with great success at the Teatro alla Scala in Milan in the title role in Aida, directed by Franco Zeffirelli and conducted by M° Daniel Barenboim, then on tour with La Scala in Tel Aviv and Tokyo. In the same year she also sang Sifare in Mitridate, re di Ponto for the Mozart Festival in La Coruña with director Graham Vick, Aida at the Soyrées Lirique Festival in Sanxay and Stuttgart, where she also performed in Il Trovatore and Nedda in Pagliacci at the Maggio Musicale Fiorentino in Florence directed by M° Zeffirelli. Other engagements include Rachel in La Juive in St. Petersburg, Verdi's Requiem at the Mozart Festival in La Coruña, Tosca at the Carlo Felice Genoa, in Savonlinna, Turin, Palermo and Vienna, Lucrezia in I due Foscari in Trieste, Nedda in Pagliacci in Montevideo, Leonora in Il Trovatore in Palermo, Bologna and Venice, AIDA in Stuttgart, at the Bregenz Festival directed by Graham Vick, Hamburg and Florence at the Maggio Musicale Fiorentino directed by Ferzan Ozpetek and conducted by M° Zubin Mehta.

She could also be heard as Tatyana in Eugene Onegin at the Staatsoper Unter den Linden in Berlin, as Mimì in La Bohème at the Liceu in Barcelona and the San Carlo in Naples, as Maddalena in Andrea Chénier at the Bregenz Festival, at the Kungliga Operan Stockholm, at the Teatro Regio in Turin and at the Vienna State Opera, as Leonora in La Forza des Destino in Cologne, as Suor Angelica in Il Trittico at the Royal Opera Copenhagen, Amelia in Simon Boccanegra and Desdemona in Otello in Turin. Recent performances include Tosca at the Staatsoper in Berlin and in Stuttgart, Manon Lescaut in Valencia, Pagliacci in Montecarlo, Un ballo in Maschera in Bologna and Brussels, Aida and Don Giovanni at the Arena di Verona, Manon Lescaut in Sao Paulo, Don Carlos at the ABAO Bilbao, Tosca and Maddalena in Andrea Chénier in Tokyo, Odabella in Attila in Bologna, Tosca in Turin, Aida in Moscow conducted by Zubin Mehta and Suor Angelica in Naples.

Among her future engagements are the inauguration of the 2016/17 season of La Scala as Madama Butterfly conducted by Riccardo Chailly, Norma in Macerata, Aida at the Arena di Verona, Verdi's Requiem with Riccardo Chailly at the Berlin Philharmonic Hall, Tosca, Andrea Chénier and Manon Lescaut in Berlin, the latter conducted by Sir Simon Rattle.