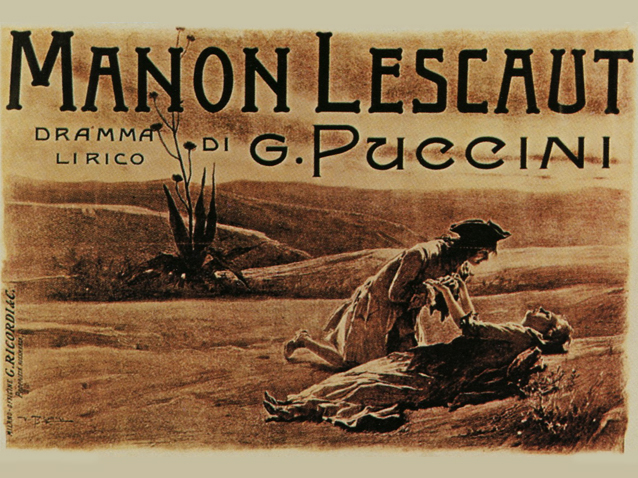 Giacomo Puccini’s third opera, with libretto by Luigi Illica, Giuseppe Giacosa and Marco Praga, based on L’Histoire du chevalier des Grieux et de Manon Lescaut by Abbé Prévost, Manon Lescaut is a lyrical drama in four acts, composed between 1889 and October 1892, then staged on 1 February 1893 at the Teatro Regio in Turin.

In his work, Giacomo Puccini depicts the love of Manon Lescaut and Des Grieux, in 18th century France. Manon is unsatisfied with a simple lifestyle, and she decides to let herself be kept by a wealthy old man. Her penchant for luxury and wealth takes her to prison; finally she is deported to New Orleans where her life comes to a tragic end. In this hellish adventure, Des Grieux, moved by his blind, obsessive love for Manon, will try by every means to follow her.

The beautiful and young but careless Manon is to be taken to a convent, at her father’s behest. On the way, a stop is planned at Amiens, where many people are waiting for the carriage. Among the other passengers is Geronte de Ravoir, a wealthy tax farmer-general, along with Manon and her brother Lescaut, a sergeant in the Royal Guard; they get off the carriage to rest in the nearby inn. Among the waiting crowd is also the student Des Grieux, whose comrades tease him for his naivety towards girls. The Chevalier Des Grieux is smitten as soon as he sees Manon. While Geront and Lescaut head towards the inn, the student approaches Manon, learns her fate and tries to persuade her to start a new life with him.
Meanwhile, Geront has managed to convince Lescaut, with a large bribe, to leave his sister Manon to him as mistress, so he can take her to Paris. Another student, Edmond, overhearing this conversation, reveals the plan to Des Grieux. He then decides to take Manon and flee with her to Paris, taking over the carriage that Geront has hired. The crowd then mocks the deceived Geront and the drunken Lescaut.

Manon has not been with Des Grieux long and, at her brother’s insistence, Manon leaves the penniless student. She moves into the home of the rich tax farmer-general but, despite Geront’s fortune, she cannot forget her lover. Lescaut tells her that Des Grieux still loves her and, in order to become wealthy, has started to gamble.
Geront returns with some friends to admire Manon’s beauty; as he leaves, he asks her to follow him. Then Des Grieux arrives, summoned by Lescaut. The lovers reconcile but are surprised in their embrace by Geront. As the farmer leaves the room threatening them, Des Grieux implores Manon to flee with him. As Manon gathers together some jewellery, Lescaux bursts into the room and announces that Geront is arriving with soldiers. It is too late to flee, and Manon is arrested. Lescaut prevents Des Grieux from freeing Manon with a weapon.

Manon has been sentenced to exile in America and is taken to Le Havre with other women. Des Grieux did not manage to free Manon, and his last attempt to get her out of the prison in Le Havre also fails. The prisoner is taken aboard the boat. The despairing Des Grieux holds on to his beloved and finally manages to persuade the captain to hire him and take him to Louisiana.

Even in exile, Manon is unable to give up her depraved life. She is once again unfaithful to Des Grieux, who has just killed one of Manon’s lovers in a duel. The loving couple has to flee once again and become lost in a desert far from New Orleans. They are exhausted, hungry and thirsty. Manon begs for water; Des Grieux looks for some desperately. Manon collapses, acknowledges her guilt, tells him she never loved anyone but him, and dies in his arms. 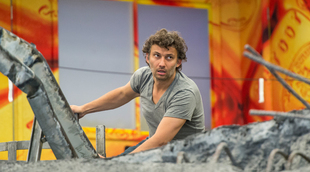 At the age of 44, the great German tenor, today considered the greatest of his generation, has chosen to add a new role to his repertoire, that of Des Grieux in Puccini’s Manon Lescaut. After Mario Cavaradossi in… 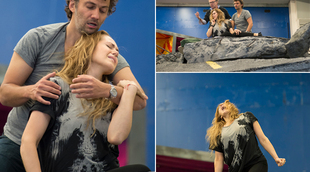 Following in the footsteps of Enrico Caruso, Carlo Bergonzi and Placido Domingo, Jonas Kaufmann is taking over the role of Chevalier Des Grieux in Puccini’s Manon Lescaut.His role at the Royal Opera House gives us an…

Manon in Ellis Island, at the Liceu

Helmut Pitsch
Published on the 14 of March, 2014
See all columns