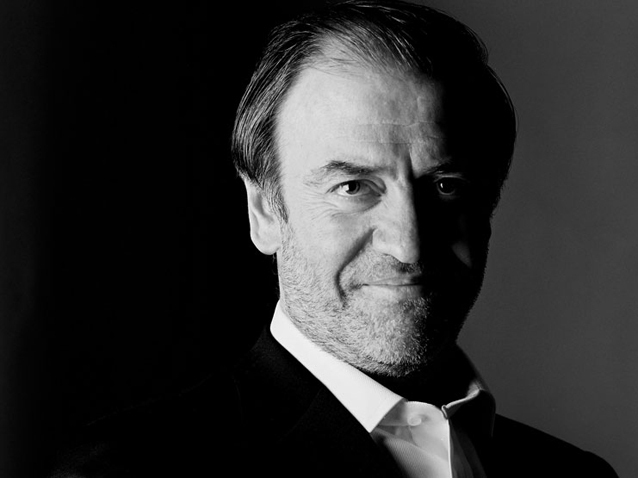 Valery Gergiev’s inspired leadership as Artistic and General Director of the Mariinsky Theatre since 1988 has taken Mariinsky ensembles to 45 countries (presenting the best of Russian opera and ballets as well as the complete Shostakovich and Prokofiev symphonies and Wagner’s Ring cycle) and has brought universal acclaim to this legendary institution, now in its 226th season.

In November 2006, the new and superb Mariinsky Concert Hall opened, in 2009 the Mariinsky Label was launched and in 2011 the new Mariinsky Opera House is scheduled to open. The Mariinsky Label releases in the first year include Shostakovich “The Nose” and Symphonies Nos. 1 & 15, a Tchaikovsky disc of short pieces, Shchedrin “The Enchanted Wanderer”, and Rachmaninoff Piano Concerti No. 3 and “Paganini Variations.” The label’s first two recordings received five Grammy Nominations including Best Opera Recording (The Nose), Best Classical Album (The Nose), Best Orchestral Performance (Symphonies 1 & 15) as well as nominations for engineering and producer.

Presently Principal Conductor of the London Symphony Orchestra, Valery Gergiev is also founder and Artistic Director of the Stars of the White Nights Festival and New Horizons Festival in St. Petersburg, the Moscow Easter Festival, the Gergiev Rotterdam Festival, the Mikkeli International Festival, and the Red Sea Festival in Eilat, Israel.

Valery Gergiev succeeded Sir Georg Solti as conductor of the World Orchestra for Peace in 1998. Solti himself had recognized Gergiev as his natural successor when they met two years before Solti died. Solti sensed that Gergiev was “...a man of the theatre,” and likened their meeting to the occasion when Solti met Bruno Walter, who had encouraged him to take the position at Covent Garden. Feeling the need for a new, young, dynamic opera conductor, Solti wrote “… I welcome the arrival of Valery Gergiev…”

Born in Moscow, Valery Gergiev studied conducting with Ilya Musin at the Leningrad Conservatory. At age 24 he was the winner of the Herbert von Karajan Conductors’ Competition in Berlin and made his Mariinsky Opera debut one year later in 1978 conducting Prokofiev’s War and Peace. In 2003 he led St Petersburg’s 300th anniversary celebrations, and opened the Carnegie Hall season with the Mariinsky Orchestra, the first Russian conductor to do so since Tchaikovsky conducted the hall’s inaugural concert in 1891.

He was the subject of Carnegie Hall’s 2007-08 Perspectives: Valery Gergiev, in which he gave concerts with the Mariinsky, Vienna Philharmonic and Metropolitan Opera orchestras and conducted productions of Prokofiev’s War and Peace and The Gambler at the Metropolitan Opera.

Highlights of the 2008-09 season included a Prokofiev cycle at Lincoln Center in New York: staged works (Mariinsky Orchestra) and the complete symphonies (LSO), a cycle of Prokofiev symphonies and concertos with the LSO in Paris and Tokyo, and the Mariinsky Theatre’s production of Richard Wagner’s “Ring” at Royal Covent Garden, London.

In the 2009-10 season Maestro Gergiev conducts Berlioz Les Troyens in St. Petersburg, Valencia, and New York’s Carnegie Hall. He also conducts the New York Philharmonic in a three-week Stravinsky Festival, presents a Mariinsky Shostakovich Cycle in Vienna, leads works of Henri Dutilleux with the London Symphony and conducts Shostakovich’s The Nose at the Metropolitan Opera in New York. In the 2010-11 season he offers a Mahler Cycle in London, New York, Paris and Japan.

Although now recording for the Mariinsky and LSO Live Labels, he has recorded extensively for Decca (Universal Classics), and appears on the Philips and Deutsche Grammophon labels. His vast discography includes many Russian operas, Shostakovich, Prokofiev and Tchaikovsky Symphonies among many others.

His Mahler Symphonies Nos. 1, 2, 3, 6 and 7, 8 are released on LSO Live, the first releases of a complete Mahler cycle with the LSO. Future LSO Live recordings will include Bartok’s Bluebeard’s Castle and Prokofiev’s Romeo & Juliet complete.

Helmut Pitsch
Published on the 02 of July, 2013
See all columns