In an effort to establish his style – and his place on the European opera scene – with Tannhaüser Wagner penned a romantic masterpiece. The theme revolves around the struggle between sacred and profane love. This duality is incarnated by the poet Tannhaüser, who, after being torn from the arms of Venus, sets off on the long road to redemption through the love of God and the chaste Elisabeth. However, Tannhaüser is also an artist in quest of recognition, bucking the aesthetics and social mores of his time – in other words, the incarnation of Richard Wagner himself! In fact, the source of the plot lies in a very personal interpretation of several old stories based on the 14th-century Minnesingers, the values of chivalry and the legend of Venus. The ensemble is cloaked in flamboyant lyricism, majestic choruses and ample melodies that resonate with the faith of a master-builder.

After leaving the charms of Venus, goddess of love, the poet Tannhaüser finds himself in the valley of Wartburg, where he is reunited with a group of knights he had left for no reason. Among them are his friend Wolfram von Eschenbach and Hermann, the landgrave, whose niece Elisabeth languishes in seclusion inside the castle. When Tannhaüser hears her name, he decides to take part in a singing contest there. Elisabeth is overjoyed to see him again. However, during the contest, while the knights sing the virtues of pure and sacred love, Tannhaüser improvises a song on sensual pleasures and his experience at Venusberg. The audience is shocked and the knights draw their swords, but in the end Tannhaüser is banished and must go to Rome to obtain the Pope's forgiveness. However, the Pope refuses to pardon Tannhaüser. On his way back to Venus, Tannhaüser is saved by Elisabeth’s prayers, before dying at the foot of her funeral bier.

After months spent as a willing captive of Venus, the poet and singer Tannhaüser begs the goddess to let him leave. Venus tries to prevent him from going, but gives in to Tannhaüser when he evokes the Virgin Mary.

A group of knights discovers Tannhaüser at the foot of the fortress of Wartburg. Among them are Hermann, the landgrave, and Wolfram von Eschenbach, Tannhaüser’s friend. The poet refuses to join them at first, but when Elisabeth’s name is mentioned, he decides to follow them to the castle and take part in a singing contest.

In the Hall of Wartburg, Elisabeth momentarily forgets her sorrow and joyously sings of her happiness at Tannhaüser’s return.

During the singing contest, Wolfram evokes pure love, but Tannhaüser retorts with an ode to the pleasures of the senses. Before an audience horrified by his daring language, he reveals, in his excitement, his passionate experience in Venusberg. As the knights draw their swords, Tannhaüser is protected by Elisabeth. Banished from Wartburg, Tannhaüser must join the pilgrims bound for Rome and obtain the Pope's forgiveness.

Elisabeth, who has never stopped praying for Tannhaüser’s redemption, does not find him among the pilgrims.She is broken-hearted.Wolfram confesses his sadness to the evening stars, in a romance full of devotion and nostalgia, announced at first by the violins.

Tannhaüser has in fact returned from Rome. But his only desire is to find his way back to the cavern of Venus. In Rome the Pope refused his plea for redemption, declaring he had no more chance of being absolved than the Pope's staff had of sprouting leaves. Tannhaüser tells Wolfram about his journey. As he is about to depart for Venusberg, he notices a funeral procession descending the hill, bearing the corpse of Elisabeth to her grave. He collapses on her bier, calling out "Holy Elisabeth, pray for me". The Pilgrims appear and announce that there has been a miracle in Rome: the Pope’s staff has sprouted leaves. Tannhaüser has been redeemed. 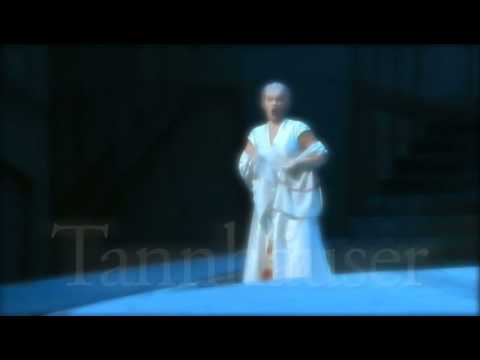 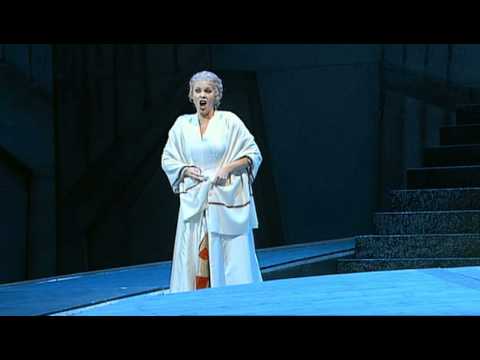 Tannhäuser at the Longborough Opera Festival

Helmut Pitsch
Published on the 16 of June, 2016
See all columns