> Home > Encyclopera > The Queen of Spades 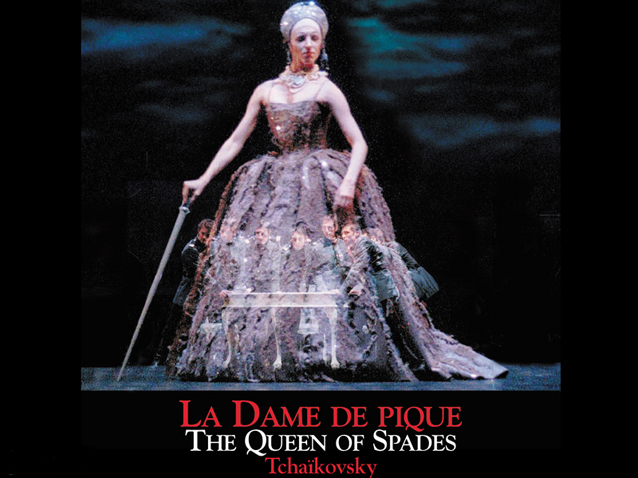 A work steeped in romanticism, with a touch of fantasy, featuring a hero who grapples with destiny in a story that unfolds in the streets, ballrooms and dives of Saint Petersburg and on the banks of the Neva, the Queen of Hearts is a quintessential Russian opera and probably Tchaikovsky’s greatest masterpiece. Based on a libretto composed by his brother, Modest, Tchaikovsky fills Pushkin's protagonists with fire and tension, as they struggle against, and are consumed by, Fate, the same menacing theme that overshadows the Pathétique – but this time in the notes. Liza burns with desire for Herman, but the latter is gradually devoured by his passion for gambling, obsessed with a magic formula that will bring him fortune. In this race against the clock, where the music swells with rage as the hero's pathology deepens, Tchaikovsky introduces the audience to the court of Catherine the Great. While elegantly depicting Russian aristocracy, he devotes his finest skills to the terrible figure of the Countess, the infamous Queen of Spades.

The story takes place in Saint Petersburg at the end of the 18thcentury. Herman loves Liza, a young woman above his situation who is engaged to Prince Yeletsky. Her grandmother is an old and mysterious Countess. In her youth she lived in France where she learned the secret of three winning cards, which she used to accumulate a considerable fortune. When Herman gets wind of this legend, his determination to discover the Countess' secret becomes muddled with his love for Liza, who he joins in her room that very evening. Little by little, the secret becomes an obsession and Herman seems willing to do anything to learn the winning formula. Unable to pry the secret out of the old woman, who dies of fright, Herman loses sight of his love for Liza, who commits suicide. He becomes engrossed in gambling, convinced he has learned the three winning cards from the Countess' ghost. But he ends up going mad and killing himself in turn.

While obsessed with gambling, Herman is also infatuated with Liza, a young woman raised by her grandmother, an old Countess reputed for her wealth. Tomski tells Herman of a legend concerning the old woman’s fortune: in her youth the Countess lived in France where she learned the secret of the “three cards”, a winning formula that she used and abused to serve her interests. If she reveals the secret to another person, she will die. Herman sees a way of improving his fortunes so he can marry Liza, who is engaged to Prince Yeletsky. Thunder and lightning, hell or high water, nothing can stop him.

Herman sneaks into Liza's room. He must be careful as the Countess keeps a watchful eye on the young woman. When Liza begs him to leave, he declares his love for her and threatens to kill himself if she loves another. Liza confesses her feelings to him.

During a ball, Prince Yeletsky notices that Liza is sad and reassures her of his love, in one of the most beautiful arias written by Tchaikovsky.

Liza slips Herman the key to her grandmother’s room. Later that night, Herman sneaks in, determined to discover the secret of the three cards. As she drifts off to sleep, the Countess reminisces about her youth and sings a French air by Grétry. Hiding in the shadows, Herman emerges and threatens her with a pistol, but she refuses to reveal the secret and dies of fright.

The ghost of the Countess appears before Herman and reveals the secret of the three winning cards. Then he goes to find Liza, who is ready to run away with him. But suddenly Herman dismisses her and rushes off to test the secret. Liza throws herself into the Neva. In the gambling house, Herman wins a fabulous sum at first, before becoming wild and distracted. “Does the Devil have a hand in this?” his fellow players wonder. Challenged to another hand by Prince Yeletsky, Herman is sure to have the winning card, but when he bets the ace, he discovers that the third card is in fact the Queen of Spades. Overcome with despair, he stabs himself to death. 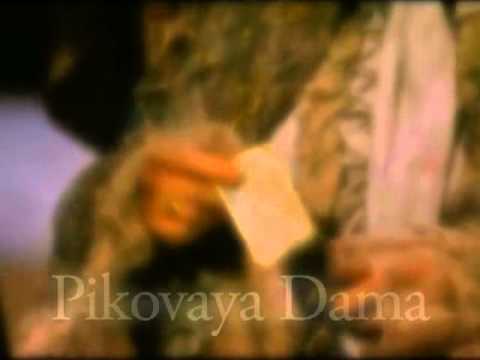 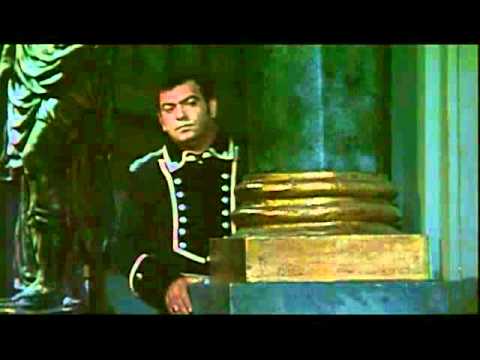 Pikovaya Dama at the Liceu: The Return of a Historic Production

Xavier Pujol
Published on the 31 of January, 2022
See all columns