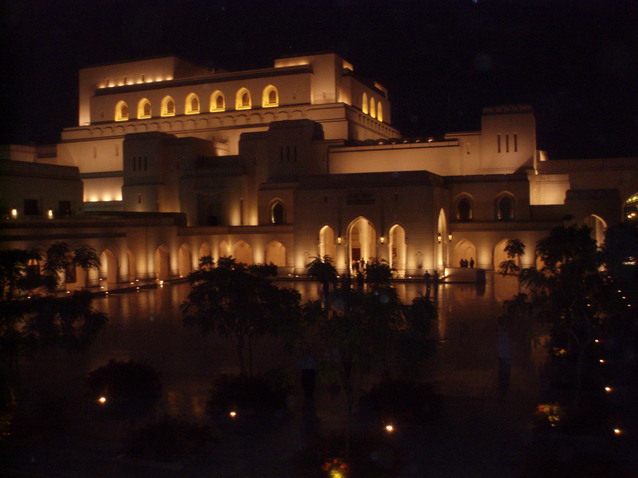 It is already a spectacle to approach and enter the newly built Royal Opera House in Muscat,Sultanate of Oman. Thanks to Sultan Qaboos Bin Said, the current emperor, opera enthusiasts have another destination not to miss.
Built in the classical theatre style with a luxurous and spacious foyer and a semicircle auditorium with platea, stalls and circles it is a noteworthy example of a fair synthesis of traditional and arabic architecture.
The result offers space for 1100 listeners and a fine warm acoustic thanks to the wooden interior, marble floor and laid carpets. The yearly season offers up to 50 different performances with high quality ensembles of all over the world  visiting.

Last weekend the Royal Opera House hosted the Mariinsky Theatre and Orchestra of St. Petersbourg under its highly regarded director Valery Gergiev showing Madame Butterfly by Puccini in the stage direction of the Polish Mariusz Trelinski and set designer Boris Kudlicka. This interpretation was originally done for the Polish National Opera in 1998 and had been refreshed and adapted several times.
It still is very passionate, reduced and tense.  The mainly dark monochrome set design is only interrupted for colourful asiatic styled pantomine scenes by lifting the curtain. Ouverture and interludes are accompanied by staged storytelling. The heavy society rules and the  suicide as part of Japanese culture take a central role.

Valery Gergiev follows this interpretation. He takes away melodramatic full weighted sound. The orchestra plays exciting, pouristic, fresh and well tempered. Partly in heavy fortes giving the singers a hard time. Anna Markarova as Madame Butterfly does not present the 15 year old naiv Cio Cio San. She is realistic, emancipated but senseful. Her voice is not a dry metal soprano but of a warmer and darker sound. Yevgeny Akimov is a young Russian tenor well passing the role of Benjamin Pinkerton. He has a well elaborated spinto tenor, strong and safe in the heights softer in the middle. Yevgeny Ulanov is a very present Sharpless and gives his role a lot of character.

The very mixed audience of all nationalities was heartily welcoming and rewarding the Russian artists. It was another great experience of classical music's power to  unify peoples of all ages, religions, colours and cultures and to establish a platform for creativity and cultural exchange. 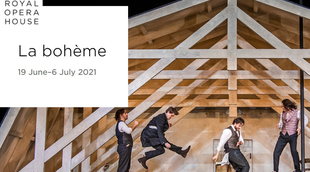