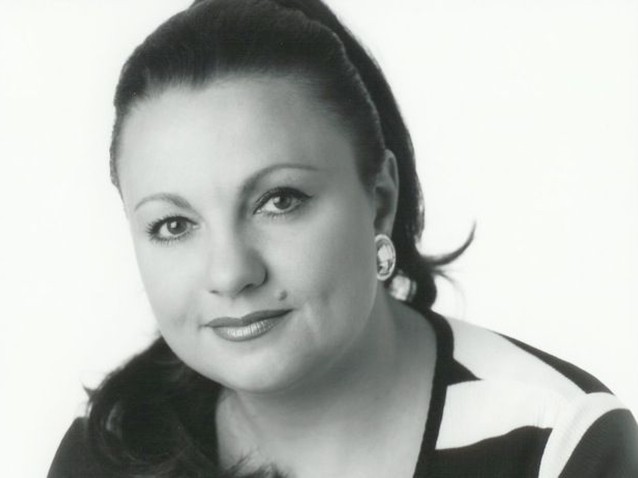 A combination of musical sensitivity, superlative technique and spectacular stage presence mark Elena Pankratova out from among a new generation of dramatic sopranos. The outstandiung success of her first Dyer's Wife in Strauss’s Die Frau ohne Schatten at the Florence May Festival in 2010 under the direction of Maestro Zubin Mehta proved an important breakthrough for her career that also succeeded in invitations from such renowned theatres as La Scala (2012), Teatro Colon Buenos Aires (2013), the Bavarian State Opera of Munich (2013/14) and the Royal Opera House Covent Garden (2014).

Born in Yekaterinburg, one of the largest industrial and cultural centres of Russia, Elena Pankratova initially studied conducting and piano in her native city before graduating (with honours) as a singer and actor from the St. Petersburg State Conservatory. She was winner of several international singing competitions in Italy
and Spain and worked for years with the great soprano Renata Scotto, polishing her roles in the Italianrepertoire.

Pankratova’s initial operatic engagement took place at the Staatstheater in Nuremberg, where she soon garnered kudos in such varied roles as Amelia in Verdi’s Ballo in Maschera, the title role in Tosca, Lady Billows in Albert Herring, and Countess Almaviva in Le Nozze di Figaro. In Basel, she sung Alice in Falstaff (the same role she made her debut at the Teatro Colon in Buenos Aires in 2010), Elisabeth in Tannhäuser, Verdi’s Requiem and the title role of Bellini’s Norma.

Highlights in Miss Pankratova’s career include Odabella in Verdi’s Attila at La Scala, Sieglinde in Florence, Leonora in Il Trovatore in Stuttgart, Dortmund and Moscow, Turandot in Bonn, Bologna and Florence, Elektra in Bari, Gutrune and 3rd Norn in Götterdämmerung at the Palacio de Bellas Artes in Mexico City, Saffi in J. Strauß’s Zigeunerbaron at the Operetta Festival at Mörbisch (Austria), Leonora in La Forza del Destino at the Nationaltheater Mannheim and at Theater Bremen, Norma in Düsseldorf, Rosalinde at the Alte Oper in Frankfurt, Senta in Der fliegende Holländer in Frankfurt, Cologne and at the Savonlinna Opera Festival (Finland), Santuzza in Cavalleria rusticana in Livorno, Pisa, Lucca and Modena, Ariadne in Bonn und in Munich, Tosca at The Bridgewater Hall in Manchester, the Ludwigsburg Festival, in Frankfurt, Stuttgart and Oslo and Abigaille in Nabucco in Frankfurt, Hamburg, Rotterdam, Den Haag, Bavarian State Opera and Mexico City.

Xavier Pujol
Published on the 10 of December, 2019

Helmut Pitsch
Published on the 24 of May, 2017
See all columns