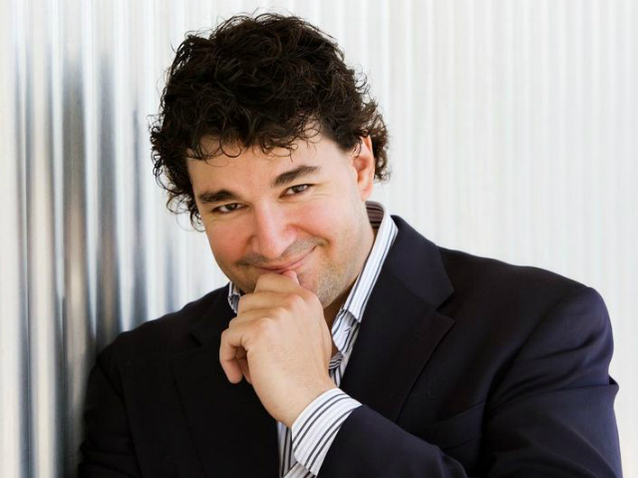 American tenor Eric Cutler is the winner of the 2005 Richard Tucker Award and is hailed as one of the most promising singers of his generation. He has attracted the attention of the world’s major opera houses as well as gaining a notable following in both orchestral and recital repertoire. He is equally at home in the high lying roles of Bellini and Donizetti as with the major protagonists of Mozart and the French repertoire.


For the 2010/11 season, European highlights of Eric Cutler’s operatic season include a return to the Teatro la Fenice in Venice as the Duke of Mantua in Rigoletto conducted by Myung-Whun Chung, and his debut at the Bayerische Staatsoper in Munich as Alfredo in La Traviata under Carlo Montanaro. He returns to the Teatro Real in Madrid in the famously challenging role of Raoul de Nagis in Meyerbeer’s Les Huguenots under Renato Palumbo. He repeats this role in a new production at La Monnaie in Brussels under Marc Minkowski. He debuts with the Teatro dell’Opera di Roma in Rossini’s Moise et Pharaon as Aménophis conducted by Riccardo Muti. He debuts with Minnesota Opera as Leicester in Donizetti’s Maria Stuarda under Anne Manson. Orchestral highlights include the Beethoven Ninth Symphony with the Minnesota Orchestra at the BBC Proms conducted by Osmo Vänskä


A very busy 2009/10 for Eric Cutler saw his return to The Metropolitan Opera to perform the Italian Tenor in Der Rosenkavalier conducted by Edo de Waart, opposite Renée Fleming and Susan Graham. This production was shown live in HD in theaters throughout the world. 2010 also saw Mr. Cutler’s debut with Canadian Opera Company as Leicester in Donizetti’s Maria Stuarda conducted by Anthony Walker and as Tamino in Die Zauberflöte in Toulouse’ Théâtre du Capitole. Concert highlights included a return to the Boston Symphony Orchestra for Rossini’s Stabat Mater under Rafael Frühbeck de Burgos.


Following his role debut as Edgardo in Lucia di Lammermoor at Opera Australia (conducted by Richard Bonynge), Eric Cutler began the 2008/9 season with a return to Lyric Opera of Chicago as Nadir in Les Pecheurs de Perles. Another role debut – this time as the Duke in Rigoletto for his return to Houston Grand Opera. He returned to the Paris Opera as the Shepherd in Szymanowski’s King Roger in a new production conducted by Kazushi Ono. His season concluded with his debut at the Salzburg Festival as Aménophis in Rossini’s Moise et Pharaon conducted by Riccardo Muti.


The summer of 2006 saw Eric Cutler making his debut with the Royal Opera, Covent Garden as Ernesto in Don Pasquale. His busy UK summer also included his debut at the Edinburgh Festival as Tamino under Claudio Abbado and Mozart’s Mass in c minor at the Proms under Sir Charles Mackerras. He began the 2006/7 season with his Paris Opera debut as Iopas in Les Troyens. This was followed by a major revival of I Puritani at the Metropolitan Opera (in the virtuosic role of Arturo) opposite Anna Netrebko and conducted by Patrick Summers. This was featured on HD telecast to theaters and will be issued on DVD. Later in the season he made his Lyric Opera of Chicago debut as Ferrando in Cosi fan Tutte under Sir Andrew Davis. He also made his Boston Symphony debut at the Tanglewood Festival and sang a concert performance of Die Zauberflöte at the Hollywood Bowl under Leonard Slatkin.


Recent seasons have seen Eric Cutler return to the Metropolitan Opera as Andres in Wozzeck under James Levine and Tamino in Die Zauberflöte. He also made his role debut as Gounod’s Romeo at Opera Australia. He debuted at the Teatro Real, Madrid as Belmonte in Die Entführung aus dem Serail and with the Vlaamse Opera as Leicester in Maria Stuarda returning later for concert performances of La Damnation du Faust, Nemorino in Boston Lyric Opera’s L’elisir d’amore and Die Zauberflöte at Houston Grand Opera. An equally distinguished recitalist, making recital debuts at London’s Wigmore Hall, New York’s Weill Recital Hall and in Kansas City’s critically acclaimed Harriman-Jewel Series. He also sang Mozart’s Requiem under the baton of Christoph von Dohnanyi in a return to the Los Angeles Philharmonic and with the Boston Symphony Orchestra under James Levine as Iopas in a concert version of Les Troyens.


Eric Cutler made his European debut at the Teatro Carlo Felice in Genoa singing Rossini’s Stabat Mater under Riccardo Frizza. He made his debut at the Grand Théâtre de Genève as Leicester followed by his UK operatic debut as Tamino at the Glyndebourne Festival. He also has performed Arturo in Bellini’s I Puritani for his debuts at Palm Beach Opera and Vancouver Opera.


EMI issued Eric Cutler’s first solo recording in September 2003, a program with pianist Bradley Moore featuring music of Barber, Schumann, Hahn and Liszt. This disc was awarded the Record of the Month distinction from Opera News. He sang the demanding role of Léopold in Halevy’s La Juive in the acclaimed Günter Krämer production conducted by Marcello Viotti at the Metropolitan Opera. He debuted with Opera Pacific as Ferrando in Cosi fan Tutte and with Opera Colorado as Alfredo in La Traviata. He returned to the San Francisco Symphony for concert performances of Fidelio under Michael Tilson Thomas and made his debut with the Los Angeles Philharmonic under Esa-Pekka Salonen in Berlioz Lélio returning later in the season for the composer’s Requiem. His season concluded with his debut at Santa Fe Opera as Don Ottavio in Don Giovanni under the baton of Alan Gilbert. He made his Kennedy Center debut in recital and returned to his alma mater Luther College for a recital.


In recent seasons, Eric Cutler has sung with Boston Lyric Opera (Belmonte in Die Entführung aus dem Serail) and Pittsburgh Opera (Lysander in A Midsummer Night’s Dream and Alfredo in Traviata) as well as Opera Australia (Nadir in Les Pecheurs de Perles). His concert appearances included his debut with the Minnesota Orchestra in Beethoven’s Ninth Symphony, with the San Francisco Symphony as the Steuermann in concert performances of Die Fliegende Holländer under Michael Tilson Thomas and a return for Messiah with the University Musical Society in Ann Arbor. He took part in staged performances of Cosi fan Tutte with the Brooklyn Philharmonic under Robert Spano and directed by Sir Jonathan Miller. He also appeared in recital in Ames, Iowa under the auspices of the Marilyn Horne Foundation and on the Foundation’s annual Gala concert in January 2003.


Other Met roles have included Vogelgesang in Die Meistersinger von Nürnberg conducted by James Levine (telecast on PBS and available on DVD) as well as First Prisoner in Fidelio in a new Jürgen Flimm production conducted by Levine (also telecast and on DVD) and the First Student from Wittenberg in Busoni's Doktor Faust. He made his Houston Grand Opera debut as Belmonte in Die Entführung aus dem Serail conducted by Patrick Summers and directed by James Robinson. He also debuted with Opera Theatre of St. Louis as Tamino in a new production of Die Zauberflöte.


Notable concert appearances have included Messiah with the Baltimore Symphony, his New York solo recital debut under the auspices of the Marilyn Horne Foundation, and a gala to honor Ms. Horne at the University of Michigan. He sang a concert version of Stravinsky’s Renard with the MET Chamber Ensemble under Levine. Mr. Cutler performed songs by Erik Satie with Maestro Levine and the Met Chamber Ensemble at Weill Recital Hall.


Mr. Cutler, a native of Adel, Iowa and a graduate of Luther College, was the recipient of a Sara Tucker Study Grant from the Richard Tucker Music Foundation in 2000. This was followed by a Tucker Career Grant for 2001. He was a 1999 winner of the Houston Grand Opera Studio's Eleanor McCallum Auditions. He is also the winner of the 2001 Martin E. Segal Award from Lincoln Center and a 2002 ARIA award. He is an alumnus of the Metropolitan Opera Lindemann Young Artist Development Program and was a winner of the Metropolitan Opera National Council Auditions in 1998. 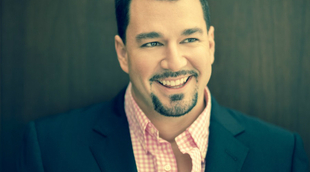 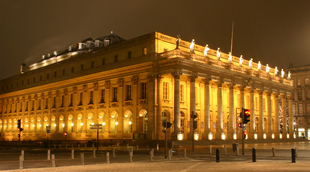 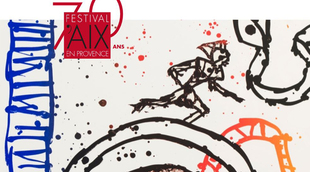