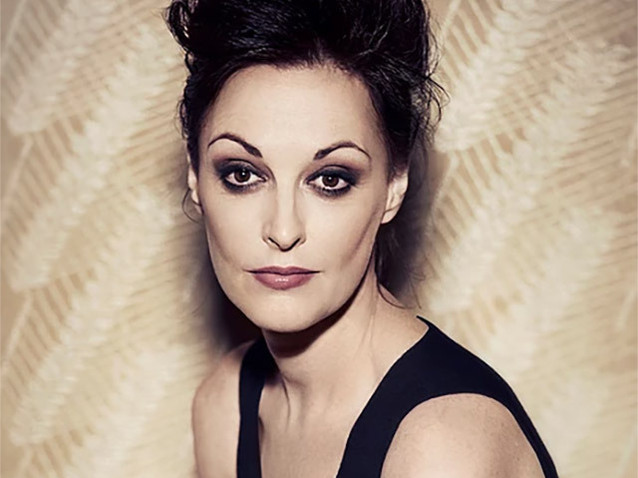 With an extraordinary versatility and vocal range seldom found, Allison Cook's recent seasons have seen a number of important debuts, including at Teatro alla Scala, Wiener Festwochen, Teatro Colón Buenos Aires, Théâtre Royal de la Monnaie and Teatr Wielki; as well as the expansion of her original mezzo repertoire to include roles such as Marie in Wozzeck, the Duchess of Argyll in Powder her Face, the title role in Kaija Saariaho’s Emilie, Judith in Bluebeard’s Castle and Schoenberg’s Erwartung.

The current season features two world premieres; Gerald Barry’s Alice’s Adventures in Wonderland with the Britten Sinfonia conducted by Thomas Adès at the Barbican in London and the Walt Disney Concert Hall in Los Angeles, and Kasia Glowicka’s Only My Pen Tolerates My Choices in recital at Théâtre Royal de la Monnaie. Allison also returns to Teatro all Scala in her role debut as Miss Jessel in Kasper Holten’s production of The Turn of the Screw and makes her debut at the Gran Teatre del Liceu as the Marquise de Merteuil. In concert Allison joins the Britten Sinfonia for The Dream of Gerontius and Phaedra in Aldeburgh.

Allison Cook created the role of Marquise de Merteuil, to great critical acclaim in the world premier of Luca Francesconi's Quartett at Teatro all Scala conducted by Susanna Malkki and directed by Alex Ollé / Valentina Carrasco and La Fura dels Baus. This highly successful collaboration has since seen the production travel to Vienna, Amsterdam, Lisbon, Buenos Aires and in concert in Paris with L'Ensemble Intercontemporain. Allison recently sang two new productions of Thomas Adès's Powder Her Face in New York, Warsaw and La Monnaie. Working with directors Jay Scheib and Mariusz Trelinski to create the role of the Duchess of Argyll, again to significant critical acclaim, her collaboration with Trelinski continued last season with another role debut, this time as Judith in his highly celebrated Bluebeard's Castle.

Allison has worked with some of the world's most influential artists including Sir Andrew Davies, Sir Tony Pappano, Susanna Malkki, Christopher Eschenbach, Mariusz Trelinski, Alex Ollé and Valentina Carrasco, Peter Eotvos, Louis Langrée, Richard Jones, Keith Warner, Jay Scheib, Marc Minkowski..... She also continues to be heard around the world on the concert platform in a diverse repertoire from Purcell to Schoenberg, has appeared in two Proms in London and will later on in the season give a recital at La Monnaie in Bruxelles which will include another world premiere.

Xavier Pujol
Published on the 12 of February, 2019

Radical but Flawed Presentation of Salome at the London Coliseum

Sam Smith
Published on the 01 of October, 2018
See all columns