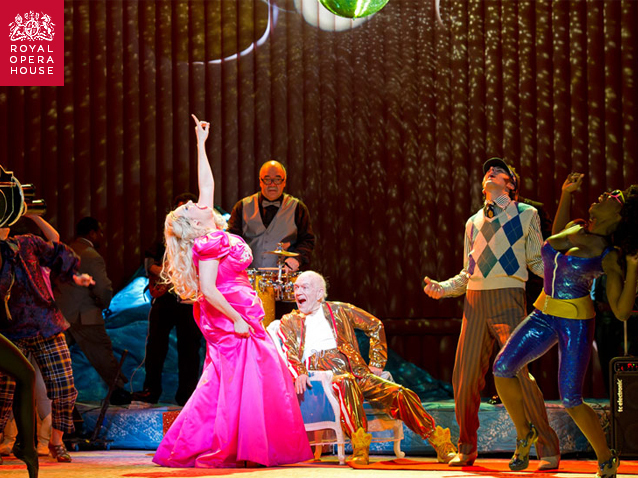 A small-town waitress decides to become a stripper, weds an octogenarian billionaire and becomes a Playboy model and celebrity. But as her fame grows, so does the exploitative behaviour of those close to her, the intrusiveness of the media and her own dependence on drink and pills. The flamboyant life and tragic death of Anna Nicole Smith inspired Mark-Anthony Turnage’s opera, commissioned by The Royal Opera and first performed in 2011. The razor-sharp libretto is by Richard Thomas, co-creator of Jerry Springer: the Opera.