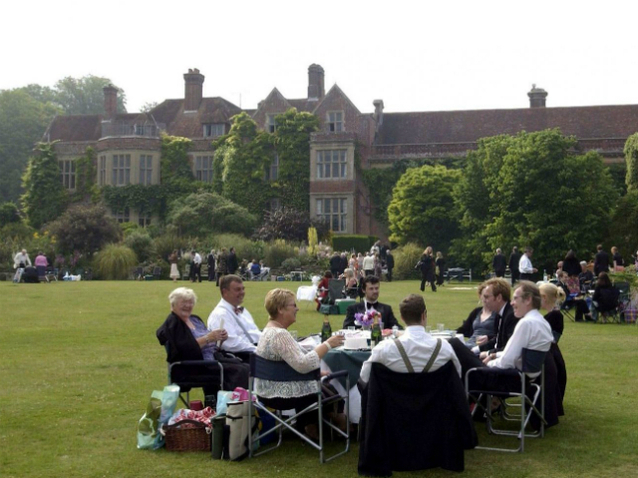 Nestled in the heart of Sussex, fifteen kilometres from the chic seaside resort of Brighton, the Glyndebourne Estate is a mecca for opera lovers in England and, hence, one of the most prestigious opera festivals in the world.Established by John Christie (for his opera-singer wife) in 1934, the Glyndebourne Festival will celebrate its 80th anniversary in 2014, as his heirs perpetuate the spirit of excellence demanded by their ancestor, whose motto was:“Not just the best we can do, but the best that can be done anywhere!”---Glyndebourne also features the famous picnics in evening gowns and tuxedos, on the estate’s green pastures.A long intermission, traditionally and very precisely scheduled between 7:35 and 8:55, allows spectators to combine the pleasures of the palate with music!

This year six productions will be presented from May 17 through August 24, with three new ones.As was the case last year, a work by Richard Strauss will open the ball : Der Rosenkavalier. It will be staged by Richard Jones and directed by the event’s new musical director, British conductor Robin Ticciati, heading up the London Philharmonic Orchestra.A festival regular, Kate Royal, will debut in the role of the Marschallin, while Teodora Georghiu will debut in the role of Sophie, and Octavian will be sung by Irish mezzo soprano Tarra Erraught.

Dating from 1994 and repeated in 2008, a production of Eugene Oneginwill follow, directed by Graham Vick, with a mainly Slavic cast: Ekaterina Scherbachenko in the role of Tatyana and Andrei Bondarenko as Onegin will be brought together under the baton of Israeli conductor Omer Meir Wellber.

Since Glyndebourne would not be Glyndebourne without Mozart – like the Festival d'Aix-en-Provence –, two works by the Salzburg genius will be featured: Don Giovanni and La Finta giardinera.The former is a revival from 2010, in a staging by Jonathan Kent, bringing together Canadian baritone Elliot Madore in the title role, Ben Jonhson as Ottavio, French baritone Edwin Crossley-Mercer as Leporello, Leyla Claire as Donna Anna and Italian soprano Serena Farnocchia as Donna Elvira.The latter is a new production entrusted to Frederic Wake-Walker and will see the return of three singers who appeared at the 2013 edition of the Festival: Christiane Karg (who was Aricie in Hippolyte et Aricie), Joélle Harvey (who was Adina in L'Elisir d'amore), and Wolfgang Ablinger-Sperrhacke (who was the dance master in Ariadne auf Naxos).Ticciati will be conducting the excellent Orchestra of the Age of Enlightenment.

The third new production will be a Traviata directed by a specialist in this repertory, Sir Mark Elder, and the staging will be entrusted to Irishman Tom Cairns.Recently debuting at the Paris Opera in Lucia di Lamermoor, American tenor Michael Fabiano will sing Alfredo to Venera Gimadevia’s Violetta Valéry, while the magnificent Greek baritone Tassis Cristoyannis will play Germont.

Finally, Handel will bring the Festival to a close with a revival of Rinaldo, in the highly acclaimed production by Robert Carsen, which will bring together four of today’s finest counter-tenors: Iestyn Davis (Rinaldo), Tim Mead (Eustazio), Anthony Roth Costanzo (Eustazio) and James Laing (the Magician).The casting will be enhanced by the presence of the finest Handelian soprano of our time, Canadian Karina Gauvin, in the role of Armida, and that of British baritone Joshua Hopkins, who will take the part of Argante, and all of them will be directed by the excellent Italian conductor Ottavio Dantone.

More information is available at : http://glyndebourne.com/ 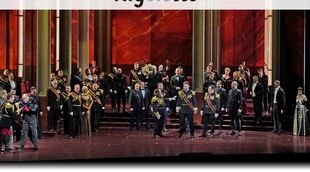 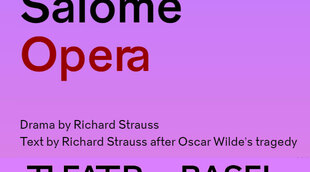