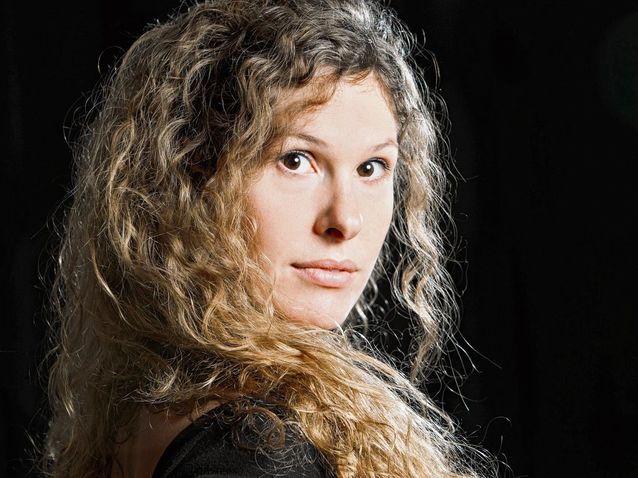 Lotte de Beer made her highly anticipated Opéra national de Paris debut two weeks ago with an innovative Aida – starring Sondra Radvanovsky, Jonas Kaufmann and Ludovic Tézier – which gathers the ghosts of colonialism. She has encompassed a certain number of opera genres (Falstaff, Puccini’s Il Trittico, Carmen, Rusalka, Mosè in Egitto, Lulu…), has been appointed Director of the Volksoper in Vienna from next September, and will stage Le Nozze di Figaro at the Aix-en-Provence Festival this summer. We had a chat with her a few hours before the premiere of Aida to discuss this first stage direction in France and the power of theatre…

What are the challenges of directing Aida?

As an opera, Aida has a very beautifully constructed story about war, identity, slavery, and a love triangle, and Aida stands right on the settle point of all this. On the other hand, the orientalist dimension of the work is problematic in the way Verdi borrowed themes from other cultures and turned them into clichés. And it was commissioned for the new Opera House in Cairo, in a country which at that point really wanted to become the West with the opening of the Suez Canal, which is in itself a colonial instrument. And then, of course, it features an enslaved Ethiopian princess. We decided to show those two layers: the story inside the piece and the story of the piece itself. We put the whole piece in the metaphor of a 19th-century museum where looted art from all over the world is exhibited to the West, so we clash not just two cultures, but two art forms. We want to show Ancient Egypt actually as the West because I think this is the way Verdi portrayed it.

Did you need to take advice from non-European artists?

I really needed help to have a more diverse approach, from someone who could see the world from the other side. We have collaborated with great artist Virginia Chihota – from Zimbabwe, but she lives in Ethiopia – whose work is about the marginalized black female body. It’s beautifully harsh and tender how she portrays strength and frustration. She intensively listened to the piece and made sketches that were then turned into puppets by puppet designer and director Mervyn Millar from Significant Object company. So, we merged Virginia’s painting style and Mervyn’s puppetry against the 19th-century tableau vivant. The puppeteers are visible next to the singers to bring the object to life together. It’s a very collective approach which immediately confronts a generous culture against an individualistic culture. And, of course, the object is enlivened but can also be turned back into an object. That has something to do with objectifying people like we did through slavery during colonisation.

Do you think it is necessary today as a white European to have a critical eye on what opera is?

I think Western Europe has finally learnt to listen to other points of view. The most important thing that we have to do now in Europe is to see how colonisation has affected and set our brains to feeling superior to other individuals. When I grew up, our history lessons basically said that our culture had started in Ancient Egypt, went on in Ancient Greece, in Rome, then came the Middle Ages and that was it. We were always the first, always superior or the most technically advanced. And suddenly we look back and we see all the flipsides of those shiny coins. The same obviously goes for opera. It doesn’t mean this art is bad, it just means that our own history is imperfect. By acknowledging that, I think we are doing more justice to history than by just keeping Aida the way it used to be only because it should be a spectacular opera. We have to take what we have learned with us and look at it differently.

The Opéra national de Paris has carried out a wide study on diversity. Do you think the Western opera world should follow this pattern?

I would hope that we can stay away from narrow dogmas and keep finding out new ways of performing the works. I think in theatre it’s always great to say “Yes, a problem!” because that gets us creative thinking about millions of possibilities of arranging these pieces in an “informed” and conscious way by taking what we know now about the world, its context and diversity, with us. And next time you might not talk to someone like me but to a black female director. I don’t see many black people in my position yet and I really hope that we can find ways of opening this role up. We need a different point of view!

In a TED Talk in 2016, you said: “I think looking at the past with the information that we have today, showing it and commenting on it, might tell us something about our future”. You believe that opera is an enabler of tomorrow’s world…

Absolutely! I think art is always in a way visionary or utopian. Once I talked to someone who told me: “I don’t understand, you always take old pieces and then you try to link them to today. Why don’t you just have new things written?”. And I said that it’s actually that discrepancy, those two forces that seem contrary, that in the end tell you more about humankind than if you take the narrow view of today. New works could also be considered dated in a few years!

Why do you choose to centralize the frame in your work, especially in Der Fliegende Holländer (which depicted the life of painter Carl Larsson), Il trittico (in which a round shape surrounded the characters) and now in Aida?

I think it has to do with a perception of reality, but it’s clearly not a conscious thing for me. I was lost during my teenage years, I remember looking at the world thinking “it’s so ugly and imperfect, I’ll never reach that far, I don’t have the talent for it”. But when I started at the theatre school it seemed that by framing reality I could make it “bearable”, and more than that, it had a function.I remember a friend of mine who was in New York had a horrible apartment that kept flooding where there were rats, she was in a terrible drama school, she was broke and couldn’t even fly home. Then a friend suggested she make a documentary of her life in New York with her camera and she became very happy every time a rat came in! What’s nice about theatre is that framing reality makes you understand it better.

You didn’t use fantasy to depict Mosè in Egitto or Les Pêcheurs de perles but you had a social focus on the characters instead. Is the frame also a way of making the stories more pragmatic?

Definitely, I’m always interested in connecting the story to the human drama, why these characters are making these choices. I think sometimes you have to frame the story with a sort of close-up to dissect the situation. In Pêcheurs de perles I wanted to know how people end up sentencing someone whose only crime is being in love to death. What happens to their group? I guess I take out these kinds of social questions and reframe the stage to amplify them.

You worked with a painter, a puppeteer, video designers... Do you like to learn new art languages?

I’m easily bored. I love being a student! Working on puppetry with Mervyn Millar was a great opportunity because I was really looking for this and I wondered how it actually worked. When I start from scratch, I learn a lot about theatre too. Many of the art forms I’ve collaborated with are usually made in smaller surroundings so there are more chances for experimentation. Unfortunately, in opera – which is such an expensive and elaborate genre – you cannot spend so much time  experimenting. So that’s even more wonderful to take these art forms born from experimenting, time, love and engagement, and merge them!

Can you tell us about your work on Le Nozze di Figaro at the Aix-en-Provence Festival this summer? Will it be a “sequel” to your vision of Il Barbiere di Siviglia?

I decided on a completely different approach because it is a very different piece, even if both operas are based on Beaumarchais’ subsequent plays Le Barbier de Séville and Le Mariage de Figaro. Rossini’s focus was on the love story and the funny connections that the Revolution is lagging. In Mozart’s work everything is basically about power and sex, which is currently a hot topic. I look for different aspects of how people perceive and deal with it. I go through the piece as an audience member. And then I really go into the head of the Conte, who thinks: “What’s the problem with abusive power and sex? Boys will be boys, I’m gonna have some fun”, like in a Cosby Show kind of thing, where everyone looks happy, with “laughter” and “applause” signs like on a TV set. Then we go into Susanna’s point of view and suddenly we’re carried away in a Brechtian, grotesque, social comedy-drama where she has the impossible job to protect everybody from scandal, while also making sure that her own destiny is not wrecked. So, we see everything blow up and explode. In the third act, the head of the Contessa doesn’t see it as a comedy, but as an absurd, horrible game. And then in the fourth act, I go into utopia, I connect the oldest and youngest women. Barbarina and Marcellina come together and they knit a more beautiful future with nature and with gender bender equal sexuality: “Let’s start over and do it well this time!”.

You’ve been appointed Director of the Volksoper in Vienna from next September. Are you going to keep performing all shows in German?

I don’t want to be dogmatic about that. We’re in a time when many people are used to hearing and watching things in original language, including on Netflix. So, when it makes sense to translate something into German because there’s much spoken dialogue and it’s hard to read, then we will. But I don’t want La Traviata in German, I want it in Italian. Sometimes the piece will be subtitled and sometimes there will be a mix of the original language and a translated spoken dialogue. I am also thinking of having some texts re-written, especially in Singspiel or Operette, where there’s a lot of spoken dialogue. I want to experiment and try something else whenever I can, so that it’s finally a dialogue between the stage and the audience. I want a people’s opera in the best sense of the word, while taking art very seriously and making dialogue as diverse as possible. Since we’re not as big as the Wiener Staatsoper, we can be the house that tries things out!

The Marriage of Figaro - Aix-en-Prove...