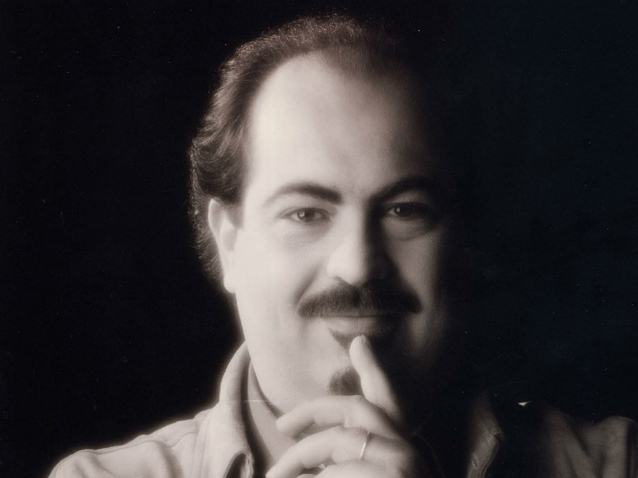 One of the most sought after buffo basses in the opera world, Donato DiStefano was heard in the 2008-2009 season as Don Magnifico in La Cenerentola at La Monnaie in Brussels and L’Opéra National de Lorraine in Nancy, in the title role of Gianni Schicchi in Frankfurt, and as Don Basilio in Leipzig.  Mr. DiStefano’s 2010-2011 engagements include a return to the Canadian Opera Company as Don Magnifico in La Cenerentola, his Minnesota Opera debut as Don Magnifico, and Rossini’s Bartolo in Leipzig and Hamburg, and the title role of Don Pasquale in Aix-en-Provence. Other future engagements include Don Magnficio in Nancy, his debuts at San Diego Opera as Sulpice in La Fille du Régiment, his return to the Canadian Opera Company for Gianni Schicchi, and his return to the Dallas Opera as Don Bartolo in Barbiere di Siviglia.

In recent seasons Mr. DiStefano has been heard as Simone in Gianni Schicchi at the Opéra National de Paris and in Toyko, as Bartolo in Il barbiere di Siviglia in Zürich, Frankfurt and the Staatsoper unter den Linden in Berlin, Don Magnifico in Brussels, Madrid, Tel Aviv, and Toyko, Dulcamara in L'elisir d'amore on a tour with the New Israeli Opera in Tel Aviv and at the Scottish Opera, Bartolo in Le nozze di Figaro at the La Fenice in Venice, in Cardiff, Madrid, and Florence, and was Don Pasquale in Miami and Detroit.  Mr. DiStefano made his debut as Falstaff at the Saito Kinen Festival of 2003, under the baton of Seiji Ozawa.

Since his 1989 debut in Rome as Zaccaria in Nabucco, Donato DiStefano has worked with such prominent conductors as Salvatore Accardo, Bruno Campanella, Riccardo Chailly, Gianandrea Gavazzeni, Nikolaus Harnoncourt, Zubin Mehta and Riccardo Muti, as well as stage directors Luc Bondy, Ferruccio Soleri and Bob Wilson. In his native Italy, he has performed regularly at the Teatro alla Scala, the Teatro Comunale di Firenze, the Teatro Comunale di Bologna, the Teatro dell’Opera di Roma , the Teatro San Carlo di Napoli, the Teatro Bellini di Catania, the Teatro Massimo di Palermo, the Teatro Regio di Parma, the Teatro La Fenice di Venezia, the Rossini Opera Festival of Pesaro, and the Festival dei Due Mondi of Spoleto, His international operatic credits include performances in the principal theaters of Bilao, Monte Carlo, Valencia, Toronto, Lille, Tenerife, at the Salzburg Festival, and the Swiss Radio Orchestra in Lugano.

Some significant performances DiStefano have included the protagonist in the world première of Hanjo by Marcello Panni produced by Bob Wilson at the Maggio Musicale Fiorentino, Bartolo in Le nozze di Figaro in Salzburg conducted by Nicolaus Harnoncourt and staged by Luc Bondy, Simone in Gianni Schicchi at the Teatro alla Scala, Mustafà in L’italiana in Algeri at the Rossini Opera Festival and at the Deutsche Oper of Berlin, Uberto in La serva padrona at the Théâtre la Monnaie in Brussels conducted by Sigiswald Kuijken, Il turco in Italia at the Teatro alla Scala under Riccardo Chailly, Dulcamara in L’elisir d’amore at the New Israeli Opera and the Teatro Comunale di Firenze.

Donato Di Stefano’s discography includes two recordings of La serva padrona, with La Petite Bande conducted by Sigiswald Kuijken for Accent Live, and one under Gustav Kuhn for Ricordi-Bmg. A broadcast production of the same title for RAI International is slated for release on DVD. He can also be heard as Bartolo in Le nozze di Figaro on Naxos, La traviata with Zubin Mehta on Philips, Rendine’s Un segreto di importanza for Ricordi, Linda di Chamounix on Frequenz and Soliva’s Giulio e Sesto Pompeo for the Radio Svizzera Italiana label.

Donato Di Stefano was nominated for «Dora Mavor Moore Award» in 1998-1999 For Oustanding Perfomance by a Male in a Principal Role-Musical) for his performances as Don Bartolo in Il barbiere di Siviglia at the Canadian Opera in Toronto.  Donato Di Stefano is the winner of various international vocal competitions including the « Giuseppe Verdi » Competition in Parma, the As.Li.Co. in Milan and the « Mario del Monaco » in Castelfranco Veneto.