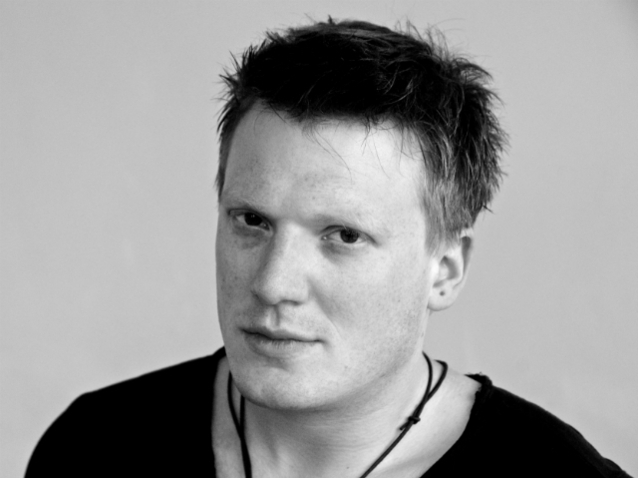 The Austrian baritone Daniel Schmutzhard, started studying voice at the Tyrolean Conservatory of Innsbruck with Karlheinz Hanser while he was still at College and continued his studies with Ralf Döring at the University of Music and Drama in Vienna.

After engagements, still during his studies, at the Carinthian Summer Festival, the Vienna Kammeroper, the Volksoper Wien, and the Neue Oper Wien, Daniel Schmutzhard chosen by Eva Wagner-Pasquier to participate in the Académie du Festival d'Aix en Provence 2006 where he was among the prize winners.

In spite of his young age, Daniel has also made himself a name as a concert and oratorio singer: His repertoire includes various recital programmes, Masses (Haydn, Mozart) and oratorios, as well as the "Requiem" by Fauré and Mahler-Songs.

He also is a prize winner of numerous international competitions, such as the Mozart competition in Salzburg in 2005 and the First Thomas Quasthoff Lieder Competition in Berlin in 2009 which gave him the opportunity to sing recitals at the Cologne Philharmonic Hall, the Festival Hall of Baden-Baden and the Vienna Musikverein.

Since 2008 Daniel Schmutzhard also made guest appearances at the Theater an der Wien, the Innsbruck Festival of Early Music, the Salzburg Festival, Glyndebourne Touring Opera (Papageno) as well as in the role of Pagageno in the new production of the "Magic Flute" under the baton of René Jacobs at the Festival d'Aix-en-Provence. This prodution was also recorded and released on CD with great international acclaim.

In 2010 he made his debut at the Staatsoper Unter den Linden in Berlin as Lesbo in Haendel's „Agrippina“ and sang the role of Zacharias in the world premiere of the chruch opera "The birth of the Baptist" by Jyrki Linjama at the Carinthian summer 2010.

HIghlights in 2010/11 have been and will be a guest contract in a main role in the world creation of "Metanoia" by Jens Joneleit under the baton of Daniel Barenboim at the State Opera Berlin, a concert version of "The Magic Flute" under René Jacobs in the framework of the festival "Mozartwoche" in Salzburg , Harlekin at the Vienna State Opera, the role of Danilo („The Merrow Widow“) at Vienna Volksoper, as well as two concerts with C. Orff's Carmina Burana and Liszt's „The Legend of Holy Elizabeth“ at the Theater an der Wien.

From 2011/12, Daniel Schmutzhard will join the ensemble of the Opera of Frankfurt, where he will sing roles like Guglielmo in „Cosi fan Tutte“, Papageno in „The Magic Flute“ and Eisenstein in „The Bat". He will also be touring Japan with the Vienna Volksoper in the roles of Danilo and Falke.