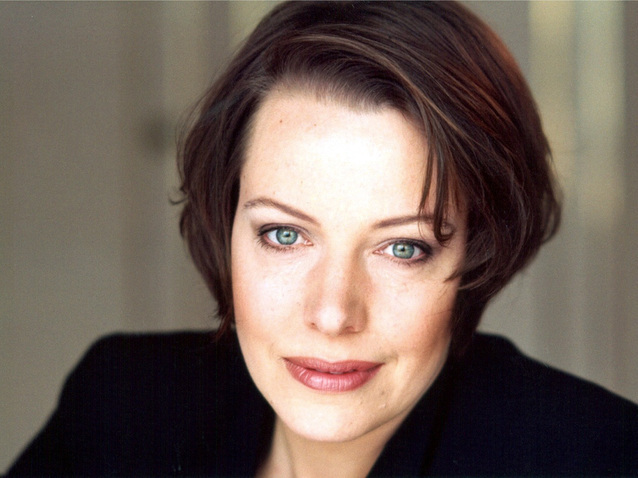 Suddenly, it’s obvious. She had been virtually unheard of, and now her name is suddenly on everyone’s lips. Yet she was one of the winners of the first Operalia competition in 1993; she debuted in Bayreuth in 1997, but she was merely singing Freia three years in a row, and Bayreuth then forgot her until two summers devoted to Isolde, in 2005 and 2006.Meanwhile, she’d had the time to make her debut in Salzburg (in Zemlinsky’s Der König Kandaules in 2002),  it was at the 2003 Glyndebourne festival that Nina Stemme debuted as Isolde, a role that suddenly became quite an obvious choice for her:Stemme’s is the exact opposite of those meteoric careers the recording companies and artistic agencies are so fond of – especially because she shuns the limelight while demonstrating in interview after interview that she is a lyric artist who speaks lovingly of her craft, sincerely and simply. 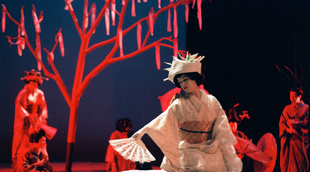 Her considerable discography, even in this era of the declining music industry, is somewhat deceptive, centred as it is on the Germanic repertoire; but that is only right:  the rarity of great Wagnerian singers makes each of her Wagnerian appearances a special event. But her discography gives a false image of the singer:Stemme takes pride in her much broader repertoire. According to her official biography, The Marriage of Figaro, in 1989, marked her debut, as Cherubino; while Mozart is no longer current, the Italian repertoire has not stopped mattering for Stemme: with Puccini, she took on and made her own the title roles in Turandot (which she reprised at La Scala a few days later), Madama Butterfly and La Fanciulla del West, staged especially for her, so to speak, and with Verdi she is today preparing to play Desdemona and Elisabeth in Don Carlo. This is partly a matter of prudent caution for a singer whose career has been built up slowly but surely: she knows that her voice would not hold out very long if she accepted even half of the complete Ring cycles offered to her, but it is also a taste, a choice, a desire not to limit herself to a single musical world.

With Waltraud Meier, Wagner benefited from an eminently theatrical performer who could project the words like no one else; Nina Stemme places herself in another tradition that leaves more room for the instrumental qualities of her voice, like Flagstad or Nilsson, and it cannot be denied that her ability never to sacrifice the line, not to give in to the little compromises that make life easier but which turn many Wagnerian performances into worst-case scenarios, is her most unique quality:there is a long list of Brünnhildes over the past 20 years, but now that Stemme has arrived, they have all been forgotten.Without an iron-clad technique, this Wagner, genuinely sung, legato, infinitely fluid, is not possible; but without the warm light that makes the characters she interprets so eminently human, even this rare technical quality would mean nothing.There are no doubt voices that are more immediately dramatic, with more powerful diction, but the singer is not happy with all this light:the scenic aspect of her art interests her, ambitious staging does not frighten her, and she insists on the teamwork that is characteristic of the theatre.

And at the end of the Ring, when the moment comes for her huge final monologue, with the stage all hers for more than a quarter of an hour, it cannot be said that there is no emotion:Ruhe, ruhe, du Gott– when Brünnhilde gives Wotan this final absolution, with all the hard-won wisdom that is then hers, there is no need for big effects, and the melancholy calm that radiates out of Stemme’s voice is sufficient to convey an entire world of emotions directly to the audience.In this respect, the facile comparison with Kirsten Flagstad is deceptive:in her we do not find the passivity of the sacrificial heroine so beautifully portrayed by Flagstad but rather a much more modern interpretation, that of a woman who is not experiencing her own fate but is fully engaged in it, fighting and answering for herself.It is interesting that these extraordinary Brünnhildes take turns with the Minnie of La Fanciulla del West, that proud and independent woman:the rediscovered modernity of the Wagnerian repertoire puts a high value on taking up the challenge of other worlds, including our own.