Portrait : Cecilia Bartoli Back in Salzburg 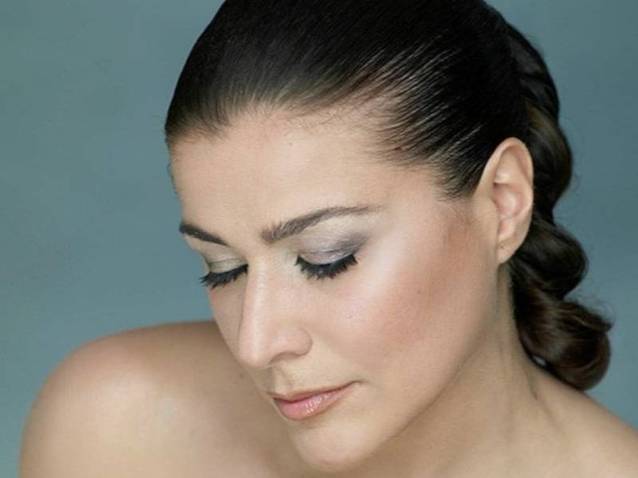 Cecilia Bartoli has had several careers.Since she set out to conquer the opera world twenty-five years ago, the Mozart and, especially, Rossini specialist has turned into an explorer of forgotten repertories with albums that became skilful marketing tools, accompanied by long tours with an unchanging programme:there was something highly displeasing in this carefully calculated spontaneity, with the same encores accompanied from one city to the next with the same gestures, the same smile, the same feigned surprise at the ovations.Of course it is no small feat to have contributed to drawing attention to the lyric output of Vivaldi or Stradella, but it would certainly have been possible to do it in a more collegial manner, without the sledgehammer arguments of the star system.There remains from that period a justified fascination among the public with a singer who, despite her relatively limited power, dared take on the most daring roles of baroque virtuosity.

In recent years, however, we have witnessed a sort of rebirth, thanks to a happy encounter:Alexander Pereira, director of the Salzburg Festival, decided to make her the director of the Pentecost Festival, which was formerly baroque until Riccardo Muti dedicated it to the Neapolitan repertoire, with a success that was tempered to say the least.Such an approach is truly exceptional:directing a festival or theatre is the job of a stage director, an administrator, an orchestra conductor, not a job for a singer, or a retired singer (Bernard Lefort in Paris, Eberhard Wächter in Vienna, etc.): but Pereira, the longtime director of the Zurich Opera, had had plenty of opportunities to get to know the singer who made Zurich her home base, for several years the only place she performed on stage.And it was no doubt with this skilful manager, Pereira, that Cecilia Bartoli defined the festival’s winning formula:a common theme illustrated by a great opera (reprised the following summer), a series of lyric and non-lyric concerts, and an openness to other artistic genres, theatre and dance.But the content assigned to this formula is indeed Bartoli’s own; she occasionally leaves behind her own repertoire to join Daniel Barenboim in Brahms’s German Requiem, 25 years after their common Mozarts.Moshe Leiser and Patrice Caurier, directors/costume designers, are responsible for creating the ideal setting for the heroine, but not in the sense of museification:on the contrary, the use of determined updating underscores the essential presence of the repertoire that the singer is defending, and too bad for those who think the habit alone makes the monk. 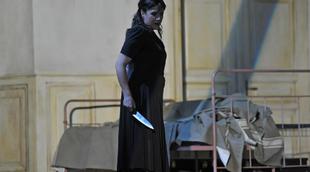 At the core of each of the operas chosen is a female character, naturally interpreted by Cecilia Bartoli herself: Cléopâtre (in Handel’s Giulio Cesare), Norma, Angelina (La Cenerentola) and this year Iphigénie en Tauride:four titles, none of them really rare, but which for various reasons do not receive sufficient attention.In that respect Bartoli is still the “baroque singer” she was at least intermittently:there is not just the philological desire to return to the letter of scores covered over by layers of more or less legitimate traditions, but also an important reflexion on the spirit of the works, especially important for the most mistreated of all, Norma:Bartoli, as well as the team around her, have demonstrated that there was a solution other than a sterile imitation of Callas, a path involving the resurrection of a bel canto aesthetic  still deeply grounded in the 18th century orchestra.By choosing orchestras and conductors rooted in the “baroque” practice, Bartoli is merely taking into account the limited volume of her own voice:on the contrary, she wagers that we today can rediscover the repertoire she serves up as if we had never known Verdi and what came after; it is not a matter of applying as-is musical dogmas that those in the baroque era supposedly defined, but rather applying a single approach whose goal is to create in the musician and the listener a new approach to the score that grounds it in the context in which it was created.And this is a collective task, not just the cult of Bartoli as star:just as Bartoli today remains faithful to the Zurich Opera where she has sung so often, she loves to surround herself with regular singers and conductors, some of them longstanding colleagues, others newcomers, like an informal but unified troupe.

This groundwork on the repertoire, with all that this entails in organisational burdens, is certainly not something that will further nourish the star system.  Likewise, these Salzburg investments are a renunciation of the easy glory of virtuosity she had won in several remarkable recitals, since these are works that are effectively placed in the foreground.  Now Cecilia Bartoli can lay claim to a restored image of artistic integrity.It pays less, but it is far more worthy of a musician like her.