> Home > News > Joyce El-Khoury: “Our voices are designed to share music with the world”

Joyce El-Khoury: “Our voices are designed to share music with the world” 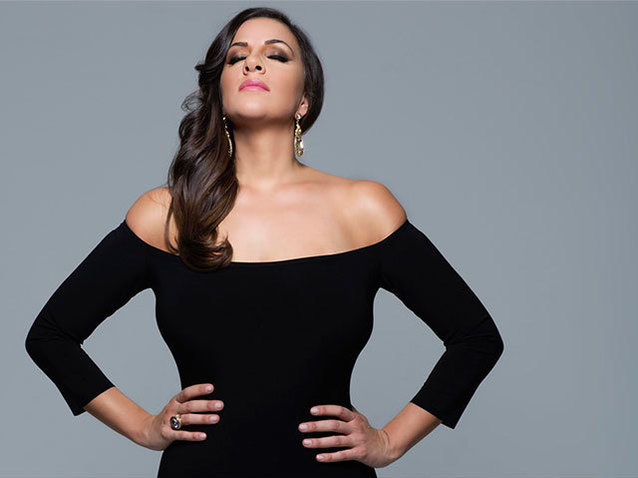 After studying at the University of Ottawa and the Academy of Vocal Arts in Philadelphia, Joyce El-Khoury graduated from the Metropolitan Opera’s Lindemann Young Artist Development Program. She made her world debut at Lorin Maazel’s Castleton Festival in 2010, where she brilliantly replaced one of her colleagues in the title role of Puccini’s Suor Angelica, following a performance of Gianni Schicchi. We were thrilled by her portrayal of Imogene in Bellini’s Il Pirata at the Opéra National de Bordeaux in 2017, so it was clear to us that we wanted her back in France. Good news! Her Tosca debut took place at the Opéra de Lille for a video performance that was broadcast in early June on the opera house’s YouTube channel and on several screens throughout the Lille region. We had a nice chat with this highly sought-after singer a few minutes after her second stage recording of Tosca. She discussed her career and her love for her two cultures – Lebanon and Canada – and, above all, her passion for delivering genuine emotions in front of an audience.

Opera Online: Do you feel that singing Tosca has been an important step in your career?

Joyce El-Khoury: I always knew that I would sing Tosca one day. It was only a matter of waiting for the right moment in my vocal development. I have been offered roles like Tosca and Madama Butterfly a few times over the last several years, and even though it was tempting to say yes, I declined. I wanted to make sure that I would feel ready and confident to tackle such iconic roles. My voice has really changed, clarified and grown in the last 3 years, and I felt that now was the right time to sing my first Tosca. When Josquin Macarez (NDLR, Conseiller artistique aux distributions à l’Opéra de Lille) graciously offered me the role, I accepted. Having sung mostly bel canto repertoire until now, this Tosca marks the beginning of a new chapter in my career. I will certainly be keeping bel canto heroines in my repertoire as bel canto is my great love, but from now on, I also will be including some Puccini and Verdi, adding some heavier repertoire.

Does Tosca’s complex psychology require prior interpretations of the repertoire’s characters to fully understand it?

No, the only thing required to understand Tosca’s psychology is to study her and understand her story. That said, from an interpretive viewpoint, all the characters I have ever played live within me. So, of course, all the women whose stories I’ve had the privilege of telling in the past make their way into my interpretation of Tosca, somewhat unconsciously. This is what it is to be human and to be an artist. One interesting challenge that came from playing Tosca was having to come to the realization that she’s very much like me. We have many similarities, and in some moments, I simply had to open my heart and play myself. I always look for truth on stage. Every moment must be honest and real.

It might be even more real here because you’re participating in video recording of a performance and not in a live performance in front of an audience. Do you feel more exposed with all camera angles and close-ups?

I have always paid great attention to detail. Details combine to make a great performance, whether it’s from far away or from the zoom of a video camera. I didn’t change anything for the cameras in terms of my approach. However, that being said, I wanted to be sure that the audience could see Tosca’s thoughts, even when the body doesn’t move. We can see people’s thoughts in their eyes. This was my focus. Small eye movements, of course, are not visible to a theatre audience, but on camera they're very powerful.

Given your Lebanese and Canadian cultures, who are the divas you’ve grown up with?

When I was a teenager, I wanted to be a pop star, and I grew up singing Whitney Houston, Mariah Carey and Céline Dion. But in my Lebanese culture, we often listen to Fairouz. In my mind, Fairouz and Callas have many similarities, and I feel they’re both in my blood and part of who I am. They share a similar kind of deep, honest energy. Both are gifted and generous communicators through drama via sound and words, making it so that they barely have to move to create a mood – simply spell-binding!

Divas are also energized by their audience…

As for me, when I’m on stage, I feel a magnetic exchange between the audience and myself. It’s an indescribable feeling to be able to communicate my humanity to them. I think audiences can feel this, whether they understand the language we are singing on stage or not. They can understand and feel it because our humanity is our common language. What a privilege it is to be able to share it!

You’ve sung very rare pieces, such as Liszt’s Sardanapalo and Donizetti’s Belisario, L’Ange de Nisida and Les Martyrs. Did you want to explore “new” pieces before approaching the opera classics?

When I was still a student, and also during the very beginning of my professional career, I assumed that the majority of my engagements would entail roles like Mimì, Violetta, Micaëla and Liù. Of course I did sing these roles, but the trajectory of my career looks completely different than what I thought it would. It was a pleasant surprise. It was already during my first professional season that I was invited to record Donizetti’s Belisario with Opera Rara in London. This was the beginning of my bel canto and obscure repertoire journey. Having recorded these pieces which are seldom performed is one of the biggest privileges of my career.

When I looked for some of your videos on YouTube, I was struck to find some of your recordings with titles such as “She Sings Horribly”. Do you think the opera milieu is comprised of people who think they know more about opera than the people around them?

The internet is a platform where all opinions, positive or negative, have a stage. Everyone in the service industry (performing arts, restaurants/cafes, hotels, etc.) are at risk of being critiqued online. Part of being a performer is being true to yourself and not bending to the will of others. This means not everyone is going to love you, point final. For our mental health, we performers need to accept this. For singers, the only thing you can do is focus on your voice, your career and what you want to do. Our voices are designed to share music with the world. Vulnerability is key to deep expression, and with that vulnerability comes fragility. My heart goes out to all of my colleagues and those coming up in this business. Scrutiny is omnipresent, but with the right perspective (easier said than done) and supportive circle (perhaps a coach, teacher, close colleague, etc.) we can overcome.

But some people tell you they love you, right?

Yes, and I'm very grateful for that. I’ve had the privilege of a successful and busy performance career for ten years. But again, it's important to have a circle of people you can trust, and you take the rest with a grain of salt.

How did you develop your self confidence?

I’m a human, and I struggle with the same things that all humans struggle with. With every day comes new blessings and new challenges. One thing that’s constant is that I’m always learning and always searching. Some days, I take two steps forward, and other days, it’s one step back. The thing that gives me confidence is studying - spending hours in a room alone with a score. When I know that I’m doing my very best, no negative critique can bother me. For me, confidence comes from hard work. It’s a dialogue between me and myself. Confidence is not, “Oh, I’m the best;” confidence is, “I have the courage to try.” And if I fail, I will try again.

You’ve been offering your help to voice students in Lebanon after the terrible events of August 2020 in Beirut. Do you think it’s important to give back?

Yes, absolutely. My parents and I left Lebanon when I was six years old. We were able to escape the war and start a new life in Canada. Every Lebanese person who’s not in Lebanon misses it every day. We love our home country, and we have a deep longing for it when we’re not there. I had the great fortune of studying at the University of Ottawa, then at the Academy of Vocal Arts in Philadelphia and, finally, at the Metropolitan Opera. I would not have had this education and these opportunities had we stayed in Lebanon. Fortunately, Lebanon’s classical music scene is now starting to develop. They have Conservatoires, choirs and orchestras, and there are a lot of wonderful music festivals. Music is so alive in Lebanon and occupies a central place in Lebanese culture, but the classical genre is still in development. Young singers don’t yet have the consistent training and performing opportunities necessary to build a career in singing or opera. They don’t yet have the built-in structures that we have in Europe and in North America. Our traditional pattern in the Western world – Conservatoire, Young Artist Program, manager, auditions – doesn’t exist there. And I do want to help. The students who want to work with me can go through my website and ask for a booking. There’s a lot of talent in Lebanon. They have the seeds, but there’s nobody to really water it. This is what I’m trying to do with the Peace & Prosperity Trust: to help plant the seed, water it and share it with the world so that it can reach its full potential.

What are your next projects?

I’ll soon be making my debut at the Bilbao Opera as Anna Bolena, and I’ll be starring as Leïla in Les Pêcheurs de Perles with the Dallas Opera. Because of Covid, a lot of work was canceled or re-scheduled. Among those, I can say that I’ll be singing my first Madama Butterfly, my first Amelia in Ballo in Maschera, Anne in Le Villi and more Tosca…but you’ll need to wait for the theatre announcements to know when and where! I’m also working on a recording project – something very personal and special to me – so stay tuned! 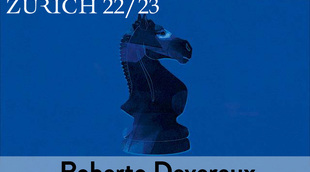