> Home > News > Olga Peretyatko : "I wanted to use my voice to try and heal and bring a little bit of peace to the world"

Olga Peretyatko : "I wanted to use my voice to try and heal and bring a little bit of peace to the world" 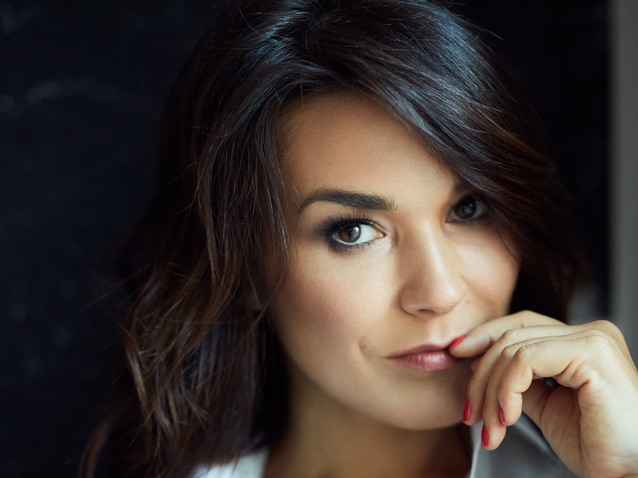 A few days ago, we reported on Songs for Maya, Olga Peretyatko's latest album released by Melodiya – a very personal record dedicated to her daughter Maya, born last January. We have seized this opportunity to ask the Russian soprano about this very special album, its genesis, its recording, the mantra she composed with Semjon Skigin, and also to talk about her return to opera.

The genesis of this record is quite particular, as you didn't know you were pregnant when you started recording it. Can you tell us the story of this very personal album? How did you come up with the idea and how did the recording go?

I went into quarantine in Berlin, where I had the new production of Idomeneo at the State Opera. For the first two weeks I just slept, because it had been a long time since I had been on holiday. The next month and a half was strange because we couldn’t do anything, and I am the kind of person who has a lot going on. Then my professor from the conservatoire called me and suggested that I go through a new program. We had discussed this a couple of years ago, but I didn’t have any time to learn it back then. So whilst I was in quarantine and had plenty of time, we decided to meet and to work on more than 35 new songs. They were all lullabies.
In June, my doctor told me that I was pregnant. My husband and I were so happy! Everything was coming together just perfectly… I called my professor to tell him that we now had to record this project since it had just become so intimate and personal for me: I was now singing for my child!
We arranged to record in September in the wonderful Pierre Boulez Hall. We got lucky and received the authorization to do it because there was only two of us in the concert hall plus a sound engineer in a different room.

What is the story behind the drawing in the booklet (the sleeping child, with the eagle, the moon, the sun...)?

I asked Ekaterina Kompanec, a Russian artist, to do this drawing. This artwork is about Lullaby by Tchaikovsky, describing the text of the song. I thought it reflected the spirit of the album beautifully.

How did you choose the different tunes that compose it?

Since we worked on 35 songs, it was hard to work it down to just an hour of music. I absolutely loved all of them… In the end, we selected the best lullabies in nine languages plus one special track, which is a mantra that I composed with Semjon called Lullaby.

One would have thought that Russian would dominate this recording, but this is not the case, and the disc includes many different languages (including Chinese and Japanese). Even though you are relatively used to singing in foreign languages, wasn't it more difficult here? Do you have a particular affinity with any of these languages?

It wasn’t more difficult because, as you say, I am very used to singing in different languages. To me, a language is above all music and music is a big part of my life, so I felt confident singing in those new languages. I do not have a particular affinity with Japanese or Chinese, but I just found the songs beautiful and decided to include them in this album whose purpose is to show that all around the world, people always sing to their children to bring them peace and love.

Can you tell us more about the closing Mantra that you composed with Semjon Skigin?

The whole idea behind this mantra was unity. I had the impression that if I could bring together all the songs from all those countries in one album, then it would send a message of hope to the world which was very much separated by the pandemic. Every mother wants peace and happiness for her child and hopes for him/her to live in a united world. That’s why I sang this mantra in 19 languages: Hebraic and Arabic, Russian and Ukrainian, all European languages, Chinese and Japanese and so on. The melody is super simple, exactly like the one of a mantra, so that every mother and father can sing along with me.

On the cover of the record, you can be seen with your daughter. The picture gives a peaceful impression. Has motherhood calmed you down, or changed anything for you as an artist?

Having a child is a wonderful gift and the peace that comes across on the cover of the album is a feeling I experience every day. My professional life is as busy as ever and Maya is my haven. Singing for her is a real joy.

There is also something soothing about listening to the record. So, it's ideal for lulling a child to sleep, but it's also intended for adults, to help them sleep or meditate for example. As you yourself are an adept of this kind of practice (meditation, yoga), did you also have this idea in mind when you recorded this record? 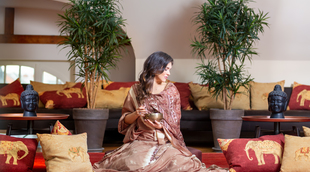 I am happy you say that because it is one of the goals of this album! To me, lullabies and mantras are close. You are entering your child and yourself into trance because you sing for hours some simple melodies. After those months of pandemic which cut us from the world and the people who live in it, I wanted to use my voice to try and heal and bring a little bit of peace to the world. Mantras entered my life five or six years ago, when things were tough in my personal life. They never left! To me they are everywhere: in my yoga and breathing practice and more generally, in my whole life! They unite my existence and I wanted to share this wonderful feeling of unity with the world.

With the show business world at a standstill (or almost) for several months, you have been able to spend time with your family. Is it going to be difficult to get back on stage and travel?

Having a kid is the “new normal” now so is not going to be difficult at all! The key is to be very organized and to have help. Thank the Lord we have a grandmother!

How do you feel about this reunion with the public?

I am overjoyed! For my last concert, I felt very happy, and I enjoyed this rush of adrenalin that I had missed so much! Online concerts are nice but without audience it is just not the same!

How did you work on your voice during all this time?

As usual! Mostly because I continued preparing for my new roles, which I hoped would still take place. Moreover, my first online concert took place three weeks after childbirth, so I never stopped working! In the end, I am happy to say that it worked perfectly and that my voice became even better! For that, I have to thank all of the sport and breathing exercises I did before and during pregnancy.

What are your plans? Will we be able to see you again in France soon?

I am now in Hamburg, rehearsing all four ladies’ roles in Les contes d’Hoffmann for the opening of the season in September. I will of course come back to France: I will be in Paris in March 2022 for the concert in the Paris Philharmonie.