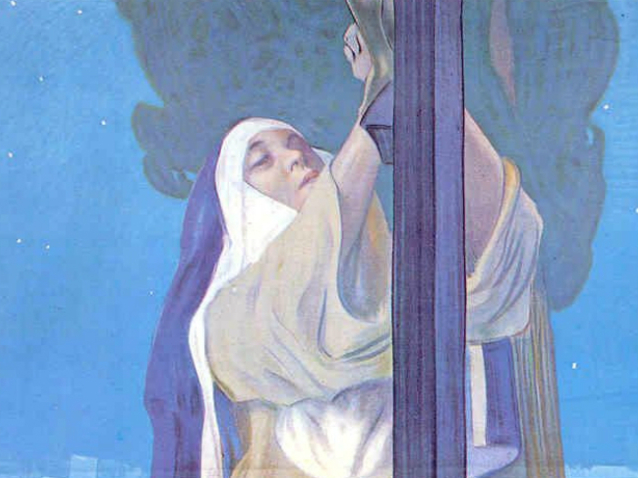 Suor Angelica is the third opera in the Triptych of three one-act operas. It took several years to complete this project, which brought together three subjects illustrating three complementary registers: the tragic, the lyric and the comic, in three different eras and three different places. Puccini began with a dark drama, Il Tabarro, continued with a sentimental tale, Suor Angelica, and ended with Gianni Schicchi, in the “commedia dell’arte” style. He added a social dimension to this tripartite conception with the depiction of three contrasting milieus: the Parisian proletariat in 1900, the aristocracy of the 17th century, and the world of small landowners in Florence in 1299.  While Puccini considered Suor Angelica the most successful of the three operas in the Triptych, the public decided otherwise, reserving a particularly cold reception for this touching story which the musician treated with great dramatic effectiveness. “I told you that I always wanted to make people cry: that’s all. But do you think it is easy? We have to find a story that holds us with its poetry, its love and suffering, and inspires us to the point what we can get an opera out of it.” This is how Puccini explains the importance of choosing a good subject in a letter to one of his librettists, Illica. When Giovacchino Forzano came and proposed the subject of Suor Angelica to him, the composer was immediately won over. As his own sister had become a nun, he could take direct inspiration from the atmosphere of the convent where he visited her regularly. Recounting the dramatic circumstances about a young woman forced to take the veil because of an illegitimate liaison, Suor Angelica is Puccini’s only work that was written for female voices alone. There are nine roles and six secondary characters, all complemented by a large choir singing in the wings. A drama of loneliness and death featuring intensely emotional situations, this second part of the Tryptych is borne along by an almost diaphanous score featuring the harsh dialogue between the heroine and the cruel princess who has come to announce unceremoniously the death of the child that was torn from her arms. “Senza mamma,” the aria by Angelia that follows the unbearable news, is one of Puccini’s loveliest.

Angelica belongs to an aristocratic Florentine family who have forced her to don a nun’s habit after she gave birth to an illegitimate child. The young woman has had no news from her relatives for seven years. Finally she receives a visit from the princess, her aunt, who unceremoniously announces to her that her son has died. Desperate, Sister Angelica decides to kill herself in order to join her child in death.

One spring evening in an Italian convent, Sister Zelatrice reprimands two lay sisters who missed the evening prayers. Then she allows the nuns to take some time to appreciate the arrival of spring, as heralded by the joyful Sister Genovieffa. A ray of sunlight turns the fountain to gold. It is “a sign of the Virgin” reminding the nuns of passing time and the memory of their comrades who died over the past year.  Sister Angelica sings that “death is the loveliest time of life.” She has had no news from her family in seven years, and she is desperate to hear from them, although she pretends otherwise. Someone announces that a magnificent coach has pulled up in front of the convent. It is Angelica’s aunt, the princess. The cruel aristocrat has come to ask her niece to waive her share of the inheritance. She remains inflexible before Angelica, who dishonoured the family name by bringing an illegitimate child into the world. The poor nun has not seen her son since he was taken away from her at birth. The cruel princess suddenly announces that the child is dead. Overcome by pain (“Senza mamma”), Sister Angelica decides to join her son in death by swallowing poison. When she realises that suicide is a sin, she begs the Virgin who appears before her with a child whom she gently pushes towards the dying woman. 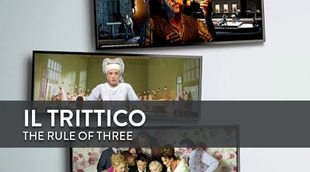 With Il Trittico, Puccini wanted to renew the lyrical style imaginating three distinct short operas, set over three different eras and places, each one illustrating its own thematic, but always to be played together…