Covent Garden: "A rich past informs a bright future" 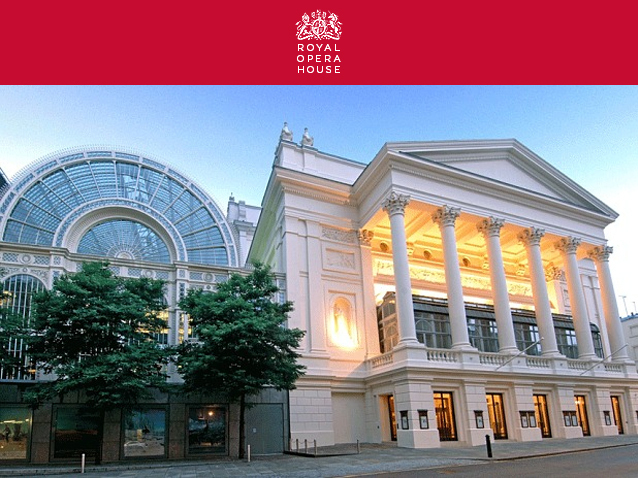 For a major opera house in the modern world, looking toward the future can sometimes seem daunting, but the leaders of London’s Royal Opera House seem not only unfazed but positively enthusiastic about what lies ahead. Alongside Antonio Pappano, who has overseen musical direction since 2002, Kasper Holten, director of opera, and Alex Beard, chief executive, have a clear vision of how to preserve the house’s rich tradition, and transform and adapt it for the future.

Both Beard and Holten have early memories of the ROH. Beard, who was deputy director of the Tate Gallery in London before joining the house in 2013, remembers being taken aged 11 by his mother, who cashed in her single ticket for two standing places, to see Götz Friedrich’s production of Wagner’s ‘‘Die Walküre.’’ Recalls Beard: ‘‘I won’t pretend that I had a refined critical response to the opera at that age, but I did think that it was an extraordinary institution, with all the forces at work bringing to life such music and drama.’’

For his part, Holten remembers, as a teenager, obsessively watching a VHS recording of Plácido Domingo and Katia Ricciarelli performing in Puccini’s ‘‘La Bohème.’’ It was only once he was established in his post at the ROH that he saw the restaging of John Copley’s 1974 production of the opera (a staging performed for the final time in June and July 2015, to be replaced in 2017 by a new Richard Jones production) and recognized what he calls ‘‘the ‘Bohème’ of my childhood.’’ Such early memories are important, because for Beard and Holten, an appreciation of the ROH’s great past is an essential component of moving the institution forward.

On the artistic front, the ROH has many new ventures planned. Holten sums up his vision for it to continue as the leading and most exciting opera house in the world through what he calls its ‘‘breadth of offerings, depth of quality and mix of repertoire.’’ He emphasizes that Covent Garden is the only leading opera house to have its own experimental studio, together with cinema transmissions, digital streaming, backstage streaming, and educational and outreach programs, combined with maintaining the top quality of the main stage, which attracts the greatest artists in the world.

For example, in the near future, Juan Diego Flórez (Orphée), Joyce DiDonato (Charlotte in ‘‘Werther’’), Bryn Terfel (Boris Godunov) and Jonas Kaufmann (Otello) will sing major debut roles at the ROH. As for repertoire, eight new main-stage operas have been commissioned by the ROH for the next five years, an unprecedented initiative in a major opera house. These include new works by Georg Friedrich Haas, Unsuk Chin (‘‘Alice Through the Looking Glass,’’ a sequel to her previous opera, ‘‘Alice in Wonderland’’), Thomas Adès (‘‘The Exterminating Angel,’’ based on the Buñuel movie) and George Benjamin (whose ‘‘Written on Skin’’ proved such a sensational hit across the world).

All these commissions represent a huge creative and financial investment. But Holten views them as risks well worth taking in order to preserve a positive tension between new work and the standard repertoire, which will continue to be an integral part of programming. Holten points out that there are four commissioned operas for the year 2020, each of which will reflect the current state of the world and not rely on ancient myth or past stories.

In the nearer future, the ROH will participate during September and October in the London #Hofest, celebrating the work of the Israeli dancer and choreographer Hofesh Shechter and his company, with a production co-directed by Shechter and John Fulljames, the Royal Opera House’s deputy director of opera, of Gluck’s ‘‘Orphée et Eurydice,’’ conducted by Sir John Eliot Gardiner and starring Juan Diego Flórez. Following the success of September 2014, when the entire auditorium was opened to students and 16-to-25-year-olds only for a performance of Mark-Anthony Turnage’s opera ‘‘Anna Nicole,’’ the orchestra pit will be raised and opened up as standing room for students (who will pay only £10, or $16, each) during the entire run of ‘‘Orphée et Eurydice.’’ Holten himself, who directed a sold-out run of Szymanowski’s opera ‘‘Król Roger’’ in May and June, will direct Wagner’s ‘‘Die Meistersinger von Nürnberg’’ in 2017.

For the first time since the major building works of the 1990s, when the main auditorium was refurbished and the Floral Hall created, another important set of building projects (called Open Up) will start at the end of this year. In addition to the complete refurbishment of the Linbury Studio Theater, the facade of the Opera House will be opened up to an internal piazza, and the buildings made much more visible to the main part of Covent Garden, thereby enabling greater communication with the millions of visitors who come every year. The future looks exciting indeed for the ROH. 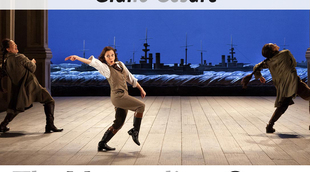