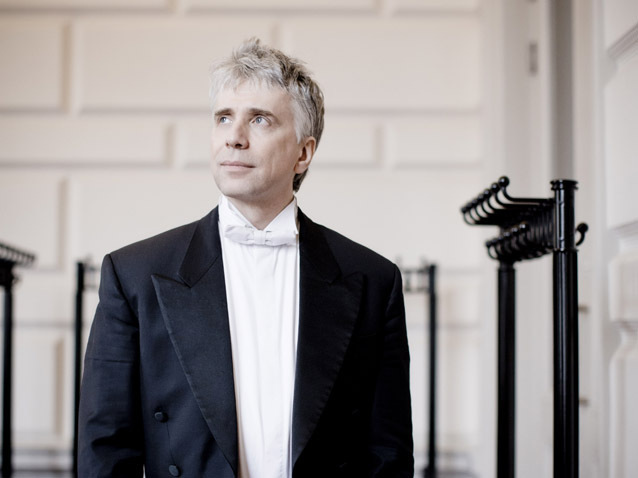 Giovanni Antonini studied at the Civica Scuola di Musica in his native Milan and at the Centre de Musique Ancienne in Geneva. He is a founder member of the Baroque ensemble Il Giardino Armonico, of which he has been artistic director since 1989. He has appeared with the group not only as a conductor but also as a soloist on both the recorder and the flute, performing throughout Europe as well as in the United States, Canada, Latin America, Australia, Japan and Malaysia. Among the eminent artists with whom he has appeared are Cecilia Bartoli, Isabelle Faust, Viktoria Mullova, Giuliano Carmignola, Giovanni Sollima, Sol Gabetta, Katia and Marielle Labèque and Kristian Bezuidenhout.
As a guest conductor, Giovanni Antonini has appeared with many leading orchestras, including the Berlin Philharmonic, the Amsterdam Concertgebouw, the Zurich Tonhalle, the Salzburg Mozarteum Orchestra, the Orquesta Nacional de España and the Leipzig Gewandhaus Orchestra.
In the field of opera, he has conducted productions of Le nozze di Figaro and Alcina at La Scala, Milan, and will also conduct a new production of Alcina at the Zurich Opera during the 2013/14 season. He made his Salzburg Festival debut at Whitsun 2012, conducting Giulio Cesare in Egitto, and returns at Whitsun 2013 for Norma.
From September 2013 he will be artistic director of the Wratislavia Cantans Festival in Poland. Giovanni Antonini has made numerous recordings with Il Giardino Armonico, including instrumental works by Vivaldi (notably The Four Seasons) and other Italian composers of the 17th and 18th centuries, Bach’s Brandenburg Concertos and works by Biber and Locke. Their most recent recordings are Handel’s Concerti grossi op. 6, Vivaldi’s opera Ottone in villa and two albums of vocal music, Il Pianto di Maria – The Virgin’s Lament with Bernarda Fink and Sacrificium with Cecilia Bartoli. He is currently recording a complete cycle of Beethoven symphonies with the Basel Chamber Orchestra, the first six of which have already been released.