The Three Butterfly by Lianna Haroutounian 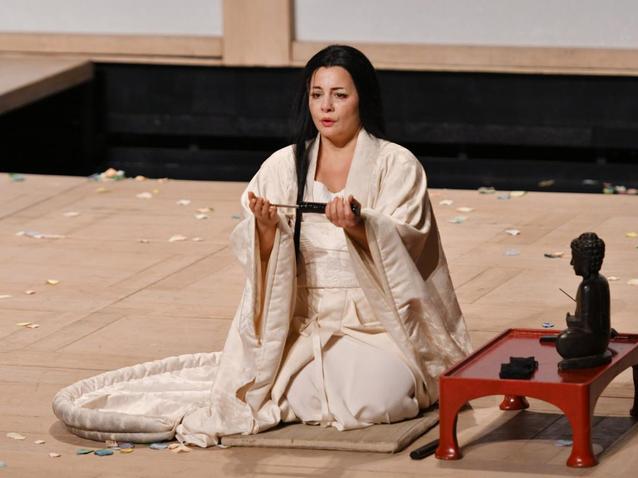 Tradition states that Puccini is the operatic composer who better expressed the complexities of the feminine soul. Feminism might have something to say about this and might not agree much.

What is true, however, is that the Puccinian female characters have a musical depth and theatrical density far greater than the masculine ones, who often tend to be more schematic and stereotypical.

The dramatic weight difference between the feminine and the masculine characters, which starts with Mimì and Rodolfo from La Bohème and which appears again between Tosca and Cavaradossi in Tosca and between Turandot –as well as Liù– and Calaf in Turandot, reached its highest point in Madama Butterfly. Cio-Cio San is one of the most complex and evolving characters by Puccini and Pinkerton not at all.

For a good Madama Butterfly one needs a lirico-spinto soprano who knows how to bring the gesture and, most of all, the colour and the vocal weight appropriate to the character throughout its intense evolution. Cio-Cio San starts off being a hopeful young girl, almost an adolescent who needs all the vocal transparency and lightness of youth. This voice, though, will have to start acquiring shape, weight, warmth and sensuality, since the adolescent needs to transform into a passionate young woman by the great love duo at the end of the first act. At the beginning of the second act, Butterfly is a mother who, refusing to accept she has been abandoned and forgotten, defends her son and her married condition and fights to remain respectable and firm in a world crumbling around her. This will need to be reflected in her voice, which will have to become darker, more opaque and dramatic. However, the transformation doesn’t end here, as in the end, by the last act, Cio-Cio San will have to assume a tragic dimension and at this point the singing, with a powerful middle range, will need to be wide, transcendent and imposing, almost solemn. 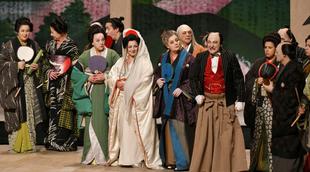 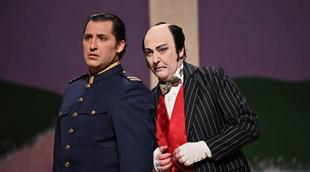 Armenian soprano Lianna Haroutounian, debuting at Liceu, was able to find inside of her these three different Butterfly needed for each act of the opera. In the first act, she was sufficient and convincing, in the second and third, when the score and the character allowed her to expand her voice she was superb.

The other great difficulty of the geisha character is the vocal resistance. Cio-Cio San is an extremely tiring role for the soprano, who sings a lot and is on stage most of the time. Haroutounian triumphed in this domain and didn’t show any signs of fatigue at any point. The audience rewarded her with a never-ending applause.

Pinkerton is a rather unpleasant role, evolving from a frivolous and foolish man in the first act to a coward and rascal one in the last. Tenors don’t like the role because the audience, through a mechanism perhaps deserving psychiatric attention, translates the moral mediocrity of the character to the poor singer who is always only discreetly applauded. This was the case with Jorge de León, who did a very good Pinkerton, vocally brave and who received a lesser applause than he merited. This is the geisha’s ‘post-mortem’ vengeance.

Sharpless and Suzuki, the two secondary characters seeing the tragedy coming but who are unable to avoid it were well delivered by Damián del Castillo and Ana Ibarra respectively. The remaining minor characters were correct and the choir did well.

The orchestra started with little togetherness and too loud in the first scene, but maestro Giampaolo Bisanti quickly corrected this and the end result was a very good sound, nuanced, colourful and without stridency. The conductor and the orchestra were greatly applauded at the end, which deserved to be highlighted since this doesn’t happen very often at Liceu.

Madama Butterfly was presented in the old co-production from Liceu and Covent Garden, a production with stage direction from Moshe Leiser and Patrice Caurier premiered in 2006 and already restaged in 2013. It is a good production that holds well under the passage of time. It is visually restrained and essential and it focuses everything on her, which is one of the best options to take in Madama Butterfly. It is a good production which, however, after this re-staging will have exhausted its vital cycle, at least at Liceu.