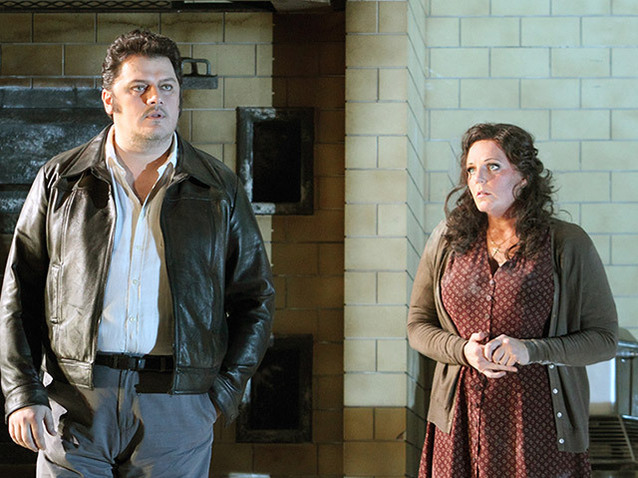 Although Pietro Mascagni’s Cavalleria rusticana and Ruggero Leoncavallo’s Pagliacci are entirely separate operas, they are so frequently performed together that ‘Cav and Pag’ is now a standard phrase in the operatic world. Written only two years apart, in 1890 and 1892 respectively, their short running times mean they can comfortably fit into one evening, while both tell stories of love, betrayal, jealousy and murder.

Many directors ensure that the same people play the male leads in both operas, and work to exploit other synergies between the two pieces. Damiano Michieletto is no exception as his new production for the Royal Opera House, a co-production with Opera Australia, La Monnaie in Brussels and The Göteborg Opera, places both operas in the 1980s. In this way, the Italian village setting alludes to a romantic ideal but it also feels as if the various suspicions and betrayals are being played out against a backdrop of soullessness and decay. There may be religious processions through the streets, but the beauty of these is undermined by the television aerials and satellite dishes on the buildings. Similarly, the traditional way of life is being eroded by those individuals making money in the modern world, who boast of their wealth with fancy clothes and cars. 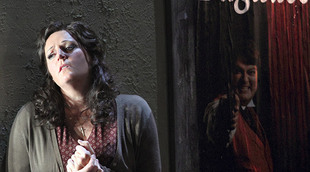 Cavalleria rusticana tells the story of Turiddu who returns from the army to discover his lover Lola has married Alfio. He responds by seducing Santuzza, but soon rejects her and begins an affair with Lola. Santuzza, feeling both ashamed and shunned, tells Alfio of his wife’s infidelity, and in the duel that follows Alfio kills Turiddu.

Michieletto includes many telling details. For example, during a procession of the statue of the Virgin Mary, it comes to life and points an accusing finger at Santuzza. The crowd look as if they are about to follow suit before we realise they are simply making a sign of the cross. Similarly, as Santuzza confesses her guilt to Turiddu’s mother the latter makes bread so that her actions such as kneading dough, wiping her hands and untying her apron contribute both to the drama and sense of domesticity.

Michieletto begins the evening by showing the final image of Turiddu lying dead. This hands the entire opera a feeling of inevitability as we witness an apocalyptic descent towards the final tragedy, but it does rob the ending of some of its horror because we have already seen the terrible end point. More successfully, Michieletto suggests that the events of the two operas occur only weeks apart by cleverly exploiting the Intermezzos that appear in both. During the one in Cavalleria rusticana we see two characters from the second scenario meet for the first time, while in that of Pagliacci Santuzza laments Turiddu’s death with his mother. 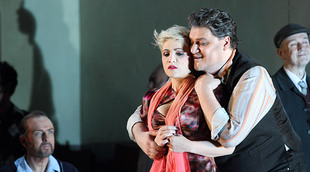 Pagliacci is about a travelling troupe of actors. One of them, Tonio, loves the leading actress, Nedda, who is married to the group’s leader, Canio. Nedda, however, shuns Tonio in favour of the villager Silvio, and Tonio is so put out by this that he tells Canio of the affair, although both remain ignorant of the secret lover’s identity. Everything comes to a head as the actors perform their play. Canio demands the name of Nedda’s lover, because that is what his role of Pagliacco requires him to do, but it becomes increasingly unclear whether he is acting or not. After Nedda continually refuses to answer, Canio kills her and (after he runs to help her) Silvio, while Tonio declares that ‘the play is over’.

Michieletto sets the play in a modest village hall with all of the local residents turning out to see it. Through the use of a revolving stage and some actor doubles for the principals, the play is performed onstage and backstage simultaneously, thus blurring the line between acting and reality. In this way, Canio makes his accusation from the auditorium while the spectators don masks and stare at him rather than the stage.

If the intelligent staging contributes to the success of the evening, so too do the performances. The singing is exceptionally strong across the board. Both the voices of Aleksandrs Antonenko (who plays Turiddu and Canio) and Dimitri Platanias (Alfio and Tonio) are characterised by firmness, security, precision and expansiveness, although their respective tenor and baritone ranges see these attributes manifest themselves in different ways. As Santuzza, Eva-Maria Westbroek’s soprano is rich and sumptuous, Carmen Giannattasio is simply a class act as Nedda, while Elena Zilio (Turiddu’s mother), Martina Belli (Lola) and Dionysios Sourbis (Silvio) all play their parts to the full. Antonio Papanno’s conducting is superb, and the fact that the production is being broadcast live to cinemas on 10 December means that this outstanding evening can be enjoyed by people all over the world. 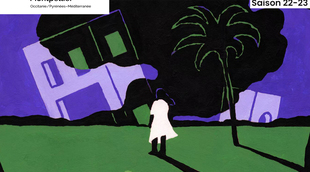 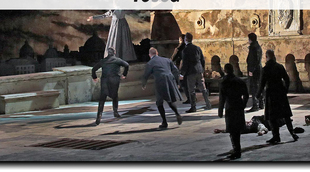