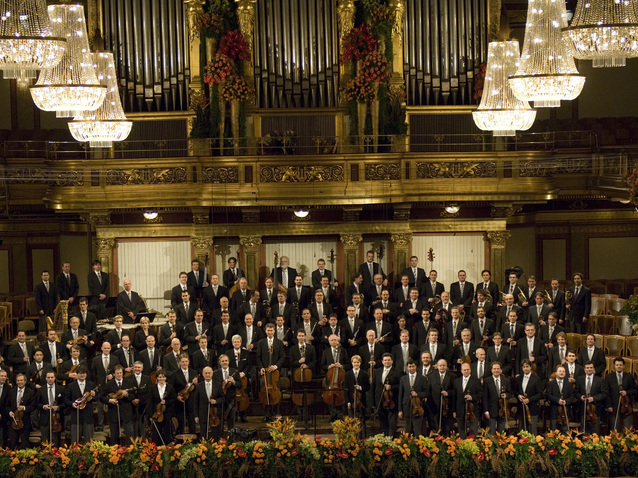 The flower of Vienna’s tradition. Take the greatest composers, conductors, performers and fans, plant them in one place and water well for 400 years. From that fertile soil will bloom a luxuriant classical music garden: Vienna.

The flower of that garden — its home orchestra, the Vienna Philharmonic — celebrates its 170th birthday this year and has for most of that time been honored as one of the world’s finest. It was originally formed in 1842 by a handful of local musicians to play the works of Ludwig van Beethoven and Wolfgang Amadeus Mozart — both Viennese by adoption — properly. The city had no professional ensembles in those days, except in its drama theaters. Symphonic works were performed by musicians hired for one-off occasions. Mozart himself began the tradition of using specialists when he paid members of the Vienna Court Theater for six concerts in 1785. Beethoven did likewise, and with the same group, for the debut of his First Symphony, 15 years later.

The Philharmonic Academy, as it was first called, was formed on the principles on which it is still based: independence, democracy and self-reliance. Its general manager, Dieter Flury, is a first flutist and its chairman, Clemens Hellsberg, a first violinist. Both are elected by their colleagues. No other prominent orchestra is run by its own members.

Working the Opera House is a tremendous advantage, members say, since it trains them to listen: to the action on stage, to what the singers are doing and to how their fellow instrumentalists are performing. This results in greater team playing instead of sound produced by 150 soloists. By being onstage in symphonic concerts one night and in the pit at the opera the next, the troupe gains versatility in the two spheres of classical music — something other orchestras, which don’t perform opera, miss out on.

For the violinist Alexander Steinberger, the VPO’s deputy chairman, the system forces musicians to face the challenge of presenting well-prepared concerts followed by premieres of operas in repertoire, sometimes without rehearsals. ‘‘They must be concentrated, flexible and at their best at all times,’’ he says. ‘‘We’re convinced this symbiosis is in the interest of both institutions.’’

The Philharmonic performs 90 concerts a year, in Vienna’s acoustically perfect Musikverein and abroad when touring, as well as 300 operas in the Staatsoper. In the summer, it moves west to Salzburg, where it performed for the first time outside Vienna in 1877. Here, for five weeks, it becomes the Salzburg Festival’s musical backbone, playing concerts and operas before international audiences for the duration of the world’s most prestigious summer festival, as it has since its opening in 1920.

Musical titans who have enriched the local soil include Mozart, Beethoven and Josef Haydn as well as Johannes Brahms, Anton Bruckner, Richard Wagner, Gustav Mahler and Richard Strauss. Wagner, Bruckner and Brahms performed with the Philharmonic as conductors or soloists, as did Giuseppe Verdi and Franz Liszt.

The musical tradition sown and ripened by these composers is so strong that it has even influenced how musical instruments are made — and played — in order to be faithful to that legacy. The Philharmonic’s winds, brass and percussion have reeds, valves or other parts not found on instruments elsewhere. Natural goatskin, not synthetic hide as is often the custom, is used on its timpani, for example. The Philharmonic uses its own Wiener Horn instead of a French horn. Instruments are owned by the orchestra, not by the players, making the tools of their trade part of a truly collective effort to produce the sound the great Viennese composers heard when creating their works.

Over the years, the VPO has held to its ideology and refused to go the way of other ensembles. It has no principal conductor, as most orchestras do; it abandoned this idea in 1933 for a series of guest conductors. Legendary names from the past include Wilhelm Furtwängler, Arturo Toscanini, Herbert von Karajan, Karl Böhm and Leonard Bernstein. Modern stars who have led from the podium include Riccardo Muti, Lorin Maazel, Daniel Barenboim, Pierre Boulez, Simon Rattle, Claudio Abbado and Seiji Ozawa.

The world expects matchless music from the VPO, and this year is no exception. The annual Summer Night Concert, the Philharmonic’s gift to Vienna and its visitors, took place in June in the Schönbrunn Palace, drawing 100,000 people. It was conducted for the first time by Gustavo Dudamel. A Rolex testimonee, the young Venezuelan will lead the VPO again in January, during Mozart Week Salzburg, in works by Wagner and Mozart.

Daniel Barenboim fêted the 60th anniversary of his Vienna debut as a pianist in November, when the virtuoso/conductor, director of Milan’s Teatro alla Scala, and Dudamel performed two recitals with concertos by Chopin and Tchaikovsky.

The Staatsoper season highlights bicentenaries of two composers, both tied to the Vienna Philharmonic: Giuseppe Verdi and Richard Wagner. The season opened with Verdi’s ‘‘Don Carlo,’’ and December continues the celebrations with his ‘‘Otello’’ and Wagner’s ‘‘Die Meistersinger.’’ January performances will include Verdi’s ‘‘Nabucco’’ and ‘‘Un Ballo in Maschera’’ with Roberto Alagna singing. Aficionados can also see Richard Strauss’s ‘‘Der Rosenkavalier,’’ Tchaikovsky’s ‘‘Pique Dame’’ and two works by Rossini: ‘‘L’Italiana in Algeri’’ and ‘‘La Cenerentola,’’ which premieres Jan. 26.

This advertising supplement appeared in the International Herald Tribune on Dec 28th 2012. Text by Joshua Jampol.

Take any figure from them, it is a world record.

For Opera Online it is this world record witch drew our attention.

300 perfomances every  year, since… more than one and a half centurys. If one makes the calculation, that gives approximately 45 000 opera performance, and without counting thoses played for the Salzburg Festival since 1913, which makes at least a thousand more. And what makes it even more impressing are not only these figures of course, but also the top quality. Everybody does agree : the Wiener Philharmonic Orchestra is one of the best, if not the best Orchestra in the world!

To learn a bit more about this phenomenous facts, we asked the two best informed persons on the matter :

the 29 of December, 2012 | Print
Previous article Next article 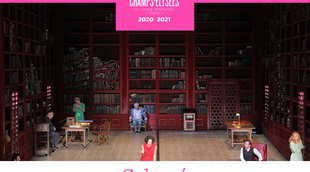 Xavier Pujol
Published on the 17 of November, 2020