> Home > News > Mariangela Sicilia: “singing again, with an orchestra, a conductor and an audience”

Mariangela Sicilia: “singing again, with an orchestra, a conductor and an audience” 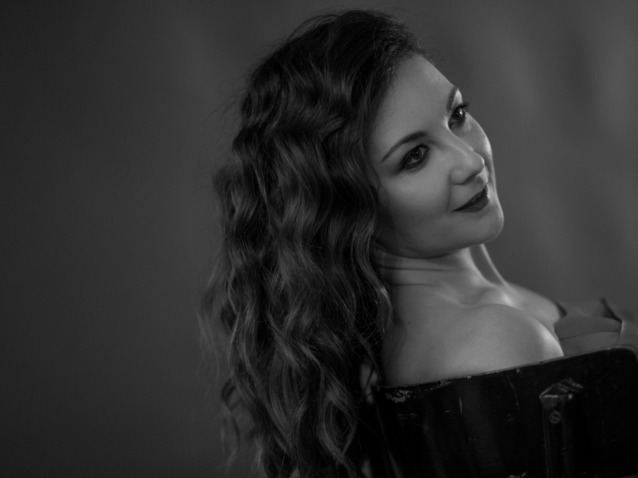 You shouldn't miss Mariangela Sicilia one of Italy's rising stars. She was awarded Third Prize at the Operalia Competition in 2014, and has sung in leading opera houses and festivals across Europe. A few weeks after the cancellation of her Teatro alla Scala debut in Umberto Giordano’s Fedora with Sonya Yoncheva and Roberto Alagna, she had the opportunity to “pre-open” the Rossini Opera Festival with Rossini’s Petite Messe Solennelle, in a tribute to the victims of the coronavirus pandemic. She was chosen by Juan Diego Flórez to be part of the Pesaro “Perpetual Music” Concert, organised by Rolex in order to “perpetuate music”…

What was your feeling about being back on stage after the lockdown when you performed at Teatro Comunale di Bologna in July?

When I went back on stage, I had the strange impression I was singing for the first time. I wasn’t sure I was projecting my voice enough and I doubted I would have enough energy to sing an entire concert, but everything actually went well! The emotion of singing again, with an orchestra, a conductor and an audience back with you, sharing the same space, was amazing.

You “pre-opened” the Rossini Opera Festival this year with Petite Messe Solennelle. What is your own interpretation of Gioacchino Rossini’s very last “péché de vieillesse”?

It's not a real messa for singing in church, but an opera for Rossini himself. It feels like he wanted to joke with a chorus of 12 apostles! My arias have the peculiarity of covering death (Crucifixus) and life (O salutaris Hostia, the power of the resurrection), the beginning and the end of everything. Singing Petite Messe Solennelle on the Piazza del Popolo creates a very special feeling as it’s located a few metres away from Rossini’s birth place.

This year in Pesaro you should have sung in Elisabetta, Regina d’Inghilterra, stage directed by Davide Livermore, who you worked with last year on Don Giovanni at Chorégies d’Orange Festival. Can you tell us about his work?

I have loved working with Davide Livermore ever since I first met him on L’Italiana in Algeri in 2013, in Pesaro. I started my career as an actress, so I enjoy collaborating with directors who ask singers to really act. In that production our characters kept travelling through time. Davide worked a lot on Donna Anna’s psychology and he had a real sense for explaining the character’s various connections. Everything he highlighted was meaningful, any action can lead to multiple interpretations.

One of your co-soloists in Petite Messe Solennelle was Cecilia Molinari. And you were supposed to sing with Karine Deshayes in Elisabetta, Regina d’Inghilterra. Both of them will sing at the “Perpetual Music” Concert tonight. Does the Rossini Opera Festival feel a bit like a family to you, with members that travel far away and then come back to meet up again?

All opera singers are part of a big family. I started at the Accademia Rossiniana Alberto Zedda in 2012 and I sometimes meet with other students from my time there. It’s lovely to sing with them again. The audience can really feel it when you have a great connection with another singer. I believe that the “Perpetual Music” concert will be one of these situations: something magical happens and you can’t explain it!

Did the Operalia Competition in 2014 bring you new career opportunities?

Operalia was a great opportunity for me as it shone a spotlight on my life and career. The event is broadcast all over the world on TV and the internet, lots of people see and hear you. Although I did more competitions, Operalia was the first and last competition that I won! What’s unique when you are signing with colleagues at such a high level is how diverse all the competitors are, you feel privileged to be part of it. You always get to improve and discover that American singers, Chinese singers and European singers have very different techniques.

You live in Bologna, and of course you are used to singing at the Teatro Comunale. Next season's big events will be played at the PalaDozza, a sports arena designed for basketball. How do you think opera will continue to evolve?

Before COVID-19, no opera lover would have thought of seeing an opera in a sports venue. Now anything’s possible! Obviously, I’d rather sing in a theatre but it’s something new to experience. I think opera needs opportunities to meet with a younger audience, especially at school. In Italy, it’s impossible to listen to opera in a regular school. Sometimes, when I tell people who don’t know me that I’m an opera singer, their attitude is that that's strange and boring. “Why don’t you sing pop music instead?”, they ask me. You realise opera is something that Italians should care more about when you find out that so many people abroad learn Italian just to be able to understand opera. I also hope for new productions that respect the music and libretto but have something extra or different that will bring young audiences in. Behind the beautiful music and story, there’s a message and intense emotions. I’m happy when young people come to the opera for the first time and cry or laugh a lot.

Do you think streaming and TV broadcasts (Medici.tv for the “Perpetual Music”Concert or RAI broadcast of L’elisir d’amore in 2018) can help younger audiences begin to appreciate opera?

I don’t think so. That technology shows people what opera is but you need to go to a life performance to experience it to the full. It’s like watching a film for the first time on Netflix instead of at the cinema. At the opera, the singers are standing right in front of you and you have all the sensations of feeling as if your hearts beat as one.

Which Rossini character is most difficult? Not to sing but to really understand?

Any Rossini character is difficult to sing because of the demanding technique. Rossini mostly wanted to explore the voice’s possibilities rather than the human mind, but it’s all about balance. You need to forget the technique and lose yourself in your voice to really become the character. Your soul is singing over the actual character. Rossini sees the character next to you, not inside you, that’s difficult.

Guillaume Tell, definitely! It has everything you expect from an overture.

Which Rossini repertoire would you like to explore next?

I’ve performed Jemmy in Guillaume Tell but I really want to sing Mathilde (and I’ll perform one of her arias at the “Perpetual Music” Concert) or Tancredi.

What are your next projects?

I will sing Desdemona in Verdi’s Otello in Bologna in November. I have two Don Giovanni projects with maestro Riccardo Muti at the Naples Teatro di San Carlo in February 2021 and at Maggio Musicale Fiorentino next summer. I'm also touring Petite Messe Solennelle with maestro Antonio Pappano and the Coro dell’Accademia Nazionale di Santa Cecilia. Then I’ll sing Pamina in The Magic Flute at Teatro di San Carlo.

Interviewed carried out on 21 August in Pesaro by Thibault Vicq

the 28 of August, 2020 | Print
Previous article Next article 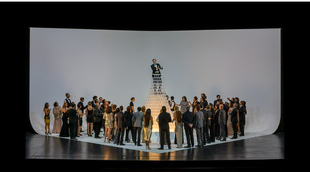