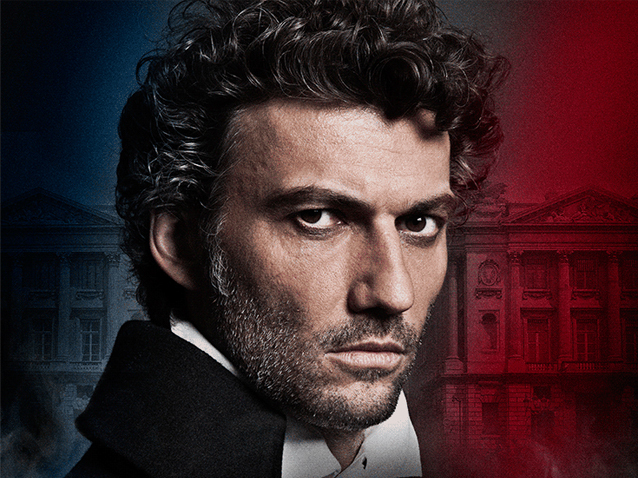 In a decade spent on the world’s great opera stages, Jonas Kaufmann has established himself as one of the most iconic singers of the day. And in a career he has built up intelligently and thoughtfully, the roles he takes on always seem like a major event. Starting tomorrow, Tuesday, January 20th, through February 6th he will be singing the title role of Andrea Chenier, at the Royal Opera House, alongside Eva-Maria Westbroek amd Zeljko Lucic. We are taking this occasion to review the highlights of the German tenor’s career.

Anyone who saw Verdi’s Otello at the Bastille Opera in spring 2004 still remembers having heard a very fine Cassio: they have undoubtedly forgotten who sang Desdemona and Othello; perhaps they recall that Jean-Philippe Lafont was the wicked Iago. But the interpreter of the short and thankless role of Cassio left a real impression on the audience. That was just over ten years ago: this very fine, virtually unknown tenor was Jonas Kaufmann. We had to wait a while to hear him as Othello, but what a career he has had in a very productive decade!

And yet there was nothing dazzling about his beginnings: his two years with the troupe at Sarrebruck (1994-1996), which he does not remember fondly, preceded a period of sometimes perfectly respectable engagements but very much limited to the German-speaking countries and often in routine stagings, with major stopovers in Zurich, in the ensemble put together by Alexander Pereira, or in Stuttgart. Actually, these modest beginnings may today be the cornerstone of the extraordinary force of nature that is Kaufmann: burning himself out in a few years by responding to every request is simply not his style. 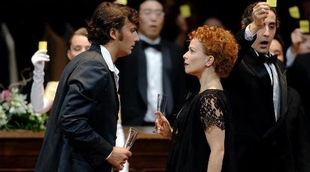 And then, one fine day…. There was no single moment when suddenly everything changed: The Paris Traviata in 2007 was a revelation for many, but his reputation had already been growing for years. But his casting in Lohengrin in the summer of 2009 in Munich was nonetheless a turning point, when the excellent tenor that Kaufmann had been for ages stopped being one among many and became a unique artist, a truly creative interpreter whose like we see only a few times in a century. In this dazzling cast – alongside Anja Harteros and Wolfgang Koch – he was the oldest: but he was only 40. Certainly his voice had never before found such a vehicle as this new role to express his uniqueness for all to see and hear.
Among Wagnerian tenors, there is a necessary tolerance: the task is too difficult not to give each one of them credit just for managing to sing the notes, to make the text heard and to be expressive when possible, and the all-out power that is the stereotype of Wagnerian singing. With Kaufmann, suddenly, there was everything else: endless dynamic shadings never drowned out by the orchestra, a sublimation of words like a true lied singer, and the stage presence that completes this embodiment of the character. Power, ease, but also fragility: Kaufmann’s voice is not one of those honeyed voices that flow without harshness, and that is its paradoxical strength.  The cracks that interrupt the flow of sound would not in and of themselves be such as to disqualify this bronze voice; but the singer’s intelligence is such that they actually become a plus, instead underscoring the shape of a phrase, highlighting the dramatic challenge of a response or reinforcing the weight of the sung word. 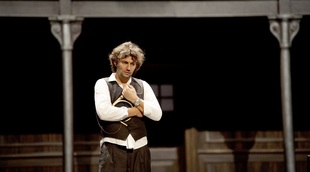 In his relationship with the stage, Kaufmann is equally representative of a new generation of singers who do not think it beneath them to participate in the more or less heterodox vision of a director. It is first and foremost a question of professionalism: opera is an eminently cooperative undertaking, and it cannot work if one of the parties wants to impose his views on another’s work. But it’s also because Kaufmann, like many of his generation, has understood that the frozen image of the solitary idol apart from the real world was no longer acceptable: he has collaborated with a long list of directors, from Christoph Marthaler to Hans Neuenfels by way of Richard Jones and Martin Kušej. It is not a matter of being manipulated at will by an omnipotent master but of participating in a common effort, dialoguing in mutual respect. The advantages of this new vision of the opera world can easily be seen in Kaufmann: his stage involvement nourishes his vocal interpretation, and vice versa.  Perhaps that is the greatest lesson that his career offers.

For a tenor anchored in the great lyric repertory, it is difficult not to follow this natural incline which leads from the most lyrical roles to increasingly ponderous ones; we won’t hazard a guess as to which aspects of this evolution come from the singer’s ambitions, the natural evolution of his voice, or the pressing demands of opera directors. Jonas Kaufmann will certainly no longer sing Tamino or Ferrando as he did around 2000; he approached Wagner through his more lyrical roles and with Verdi went for characters who were still part of the Bel Canto tradition, when he wasn’t doing Don Carlo, whose French ascendancy more concerned with tragic declamation than with dramatic effect suited him perfectly (we can only hope that some opera house will finally decide to offer him the original French version). Over the past few years, there have been more heavy roles, especially in the Verist repertory, from Adriana Lecouvreur to Tosca; these days it’s Andrea Chénier in London; in spring the diptych Cavalleria Rusticana/I Pagliacci in Salzburg; at the Met, it’s Parsifal, which has returned to his career after a long interruption due to being cast too early, and now we’re awaiting Othello. But this evolution in Kaufmann has been accompanied by real caution in how each season is organised: between each opera series, long stretches are devoted to lieder and to concerts with orchestra, and this season with operetta.  He could have gone in other directions, and it is regrettable that Kaufmann has declined to play Aeneus in Les Troyens; but the care with which he manages each role he accepts promises other exciting adventures still to come.

the 20 of January, 2015 | Print
Previous article Next article