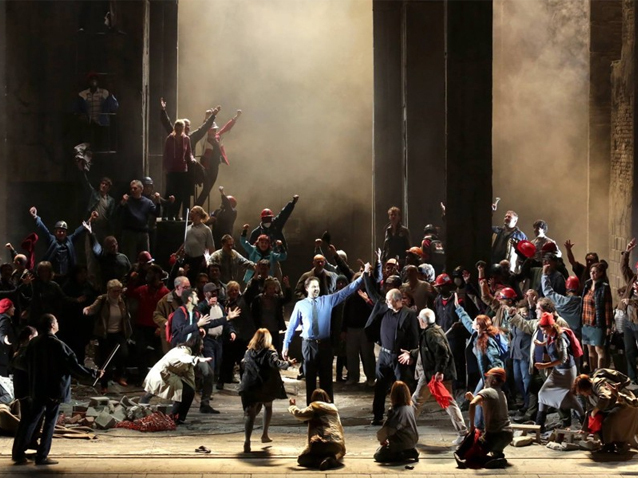 An ode to freedom, love and humanity, Fidelio is Beethoven’s only opera but it’s a masterpiece. It opened the new season at Milan’s La Scala, a highlight of Italy’s cultural calender.

It also marks the end of Daniel Barenboim's era as musical director there.

Beethoven slaved for over a decade on his opera, which is based on a true story of the French Revolution.

“I really like the story. It’s a tangible story, at the same time it’s a thriller. The themes of love and freedom play a huge part but in a way it’s also a story of oppression,” says tenor Klaus Florian Vogt, who plays Florestan.

Beethoven once said his opera, which unusually features a woman as its hero, was his “favourite child”, but one that had caused him the worst “birth pains”.

The role is taken on by soprano Anja Kampe: “She is a very, very strong woman with a strong will and a lot of empathy.

“It’s an emotional roller-coaster – the need to be strong but also, at the same time, the falling apart, putting the pieces back together and getting her strength back, that’s very interesting.”

Vogt also sees depth in his character: “I see him as a weakened person due to his long imprisonment in darkness and silence and that, of course, left its mark. Nevertheless that character, Florestan, still managed to keep a certain dignity.”

“You actually need a mixture of Mozart and Wagner,” adds Kampe. “The lyrical moments have to be performed almost Mozart-like and, on the other hand, you need a certain power and presence in your voice for the outbursts, a dramatic sound in the voice.

“You can hear a lot of symphonic elements, chamber music, great opera, but also musical comedy. It’s a great mixture of lots of different styles.”

It’s also a mixture of great human themes, says Vogt: “The story is essentially about what love is able to accomplish and at the same time freedom is at the heart of this opera, the idea that freedom is incredibly important, perhaps the most important value of all.”

the 09 of December, 2014 | Print
Previous article Next article 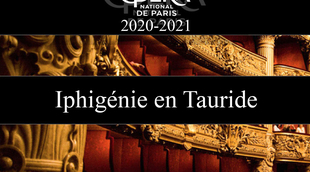 Music is our language - Rolex calls for the preservation of music

La Rédaction
Published on the 12 of September, 2020