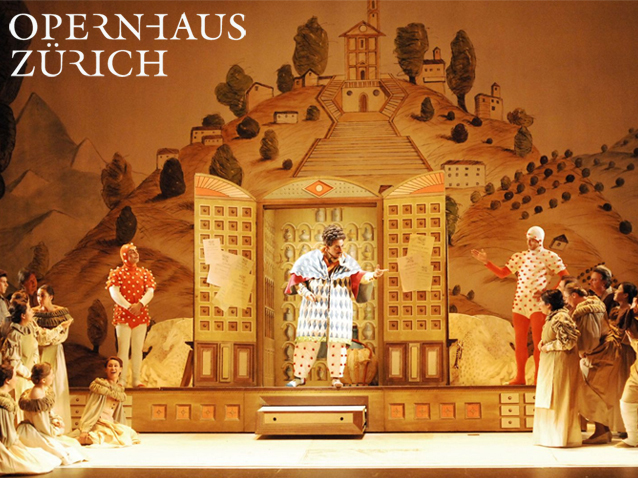 The revival production of Gaetano Donizetti’s classic comedy, L’elisir d’amore, is endowed with a first-class ensemble. After her interpretations of Verdi roles, universally celebrated coloratura soprano Diana Damrau will now return to Zurich Opera House as Adina. Nemorino will be performed by our ensemble member Pavol Breslik, who in his young career has already collaborated with the most talented production teams and singer colleagues. The Italian baritone Massimo Cavalletti will be singing Belcore and thus continuing his longstanding connection with our theatre. Lucio Gallo will also again be our guest, this time as Dulcamara. The quack doctor has an easy time of it with the young peasant Nemorino who, influenced by the legend of Tristan and Isolde and hoping to win over his beloved Adina, spends his last farthing on a love potion. Setting Nemorino’s sincere love to music, Donizetti introduces a new tone to the opera buffa: the lyrical cantilena that tells of despair and melancholy – and nowhere more poignantly than in the famous romance, “Una furtiva lagrima”.