Manon in Ellis Island, at the Liceu 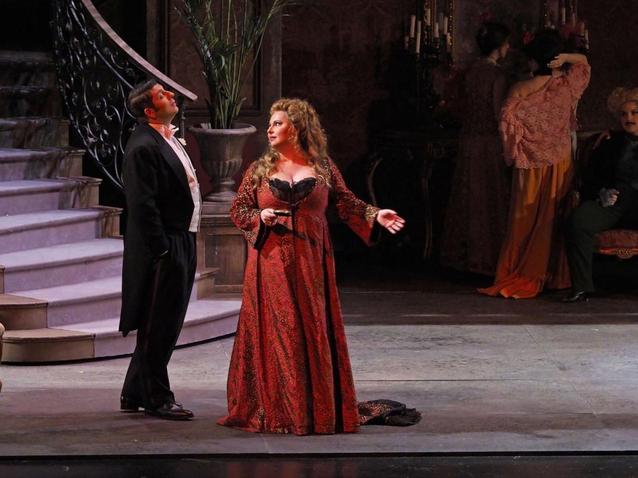 The new Manon Lescaut production presented at Liceu, a co-production by Teatro di San Carlo from Naples and Palau de les Arts Reina Sofia from Valencia, starts at the Ellis Island in New York, a world referent for immigration. It is there that an old Des Grieux recalls his past and the romantic relationship that he had in his youth with Manon Lescaut. The whole opera by Puccini is presented therefore as an immense flashback. The scenography will transform to show us successively the Amiens square in the first act, Geronte di Ravoir’s mansion in the second, Le Havre’s port in the third, to finally come back to the initial Ellis Island, which replaces – gravely distorting the libretto – the supposed Louisiana desert where Puccini and his librettists had placed the opera. 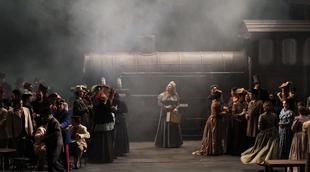 To betray the literality of the text with the scenography isn’t a problem in itself, and by now we are used to it. If this is the price to pay to access new meanings it is perfectly acceptable. The problem was in the second act, where Geronte’s mansion turned into a flamboyant brothel, which did distort the piece. However, the worst aspect was the turning of Manon Lescaut into a story about immigration. It might be a trendy topic, but neither Abbé Prévost, the author of the novel upon which the opera was created, nor Puccini later had ever the intention of presenting Manon Lescaut as a drama about immigration. To do so is pure opportunism.

Having cleared this, it is worth pointing out that it is a showy production with good lighting and materials. The stage direction maintains an absolutely traditional and conventional dramaturgy in terms of the approach and the treatment of the main characters. The development of small parallel actions in the secondary characters and the choir was appreciated and globally enriched the scenic result.

Gregory Kunde is a greatly esteemed tenor at Liceu. His Des Grieux is genuinely Puccinian rather than verista. It isn’t a shouted Des Grieux, but rather sung with beautiful legato, rounded phrasing, elegant mezza voce and clear diction. The veteran Kunde started reserving his voice and warming up progressively, hence why his “Donna non vidi mai” resulted a little faded. From the second act, however, he started with a full voice and from there until the end was really good. He physically doesn’t quite fulfil the character, but these things in opera are traditionally forgiven. 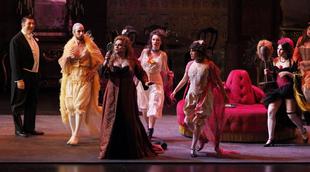 The opulent Liudmyla Monastyrska equally doesn’t quite fit Manon’s character physically, but we’ll forgive her too. Her voice is powerful and with good projection. At the beginning, it resulted a little rough, but she also started to warm up, delivered a good second act, did well in the great duo of the last act and crowned her performance with a “Sola, perduta, abbandonata” that deserved the warm applause from the audience she received.

The one singer who did well from beginning to end both vocally and scenically was Carlos Chausson in the role of Geronte di Ravoir. His reliability is absolute. To have Carlos Chausson in a cast is nowadays like having an insurance against any accidents.

David Bižić was correct in the role of Lescaut, as were all the singers of the numerous secondary characters. The choir was good too.

Emmanuel Villaume, debuting at Liceu, offered a globally satisfactory musical direction, without great relief or emphasis in the most lyrical moments, but without shrillness. It was balanced in the different orchestral sections and with some nuances, especially in the woodwinds, of fine beauty. 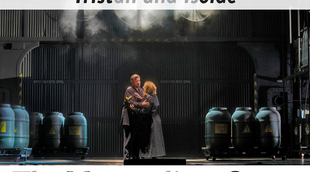 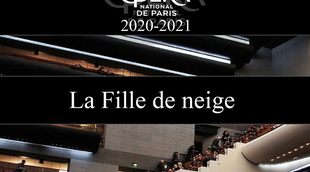