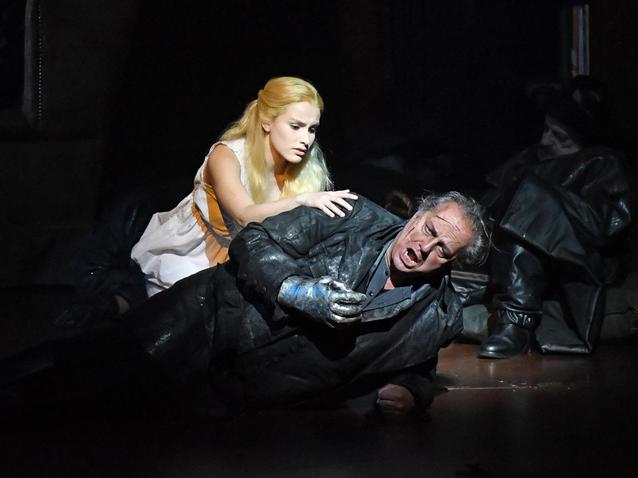 Philipp Stolzl, the stage director of the Der fliegende Holländer’s version that is being performed at Liceu, states in the programme (quoted by Brigitte Heusinger): “We tell it (the story of the Dutchman)from the perspective of Senta… and we draw the psychograma of a woman that escaped into the world of legend and fantasy and does not manage to come back from it. Now, years later, Senta is a disoriented girl in the body of an adult woman”.

The idea of presenting Senta as a woman with a romantic soul that doesn’t settle for the sad, grey, mediocre life that her father, fiancée and environment propose is an effective one. Representing her as a woman seeking refuge in the dream of an absolute and redeeming love that would bring meaning to her life is a coherent one. Resolving the conflict by paying the ultimate price of suicide for the impossibility of a return or of a pact with reality is dramatically brilliant.

This solution, which isn’t new and is a stock resource –perhaps excessively exploited– applicable to many titles of the repertoire that present a complex resolution, has been in circulation around stages for many years. Presenting the Duchman as Senta’s hallucination, as the incarnation of her desire and aspiration to the absolute was already at the base of Willy Decker’s memorable production of this opera seen at Liceu over 20 years ago. 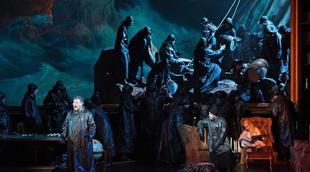 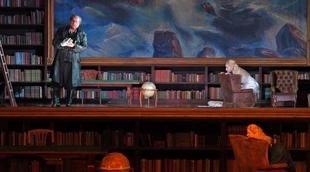 The dramatic ideas –new or old, good or bad– are one thing, materialising them on a stage is another one. This production, coming from the Staatsoper Unter den Linden in Berlin, presents scenically brilliant moments, especially when it makes use of trompe l’oeil techniques with a picture representing the place where the same picture is hanging (a stage inside another stage). This offers the possibility of multiplying the theatrical dimensions of the scenic space providing a place for reality and another one in parallel for Senta’s dream.

In other scenes, though, it doesn’t work, especially regarding the Dutchman’s ship crew reduced to a derisory parade of zombies from a horror B-movie. Or in Senta’s death, the crucial moment of the piece, poorly resolved in a significantly confused scene, with too many people on stage.

Musically, this Dutchman, full of changes in the cast from what had been announced months ago, was irregular. The best came in the performance of the leading male role with the veteran bass-baritone Albert Dohmen, well remembered at Liceu from his Wotan. From the beginning, with “Die Frist ist um”, Dohmen dominated the score, singing powerfully and with style. He was the winner of the night.

Elena Popovskaya, debuting at the theatre, demonstrated more strength and power than subtlety and nuances in the role of Senta. Attila Jun didn’t make much use of subtlety either in his intervention, but since he was singing Daland, a rude man only moved by economic interest, this fitted with the character.

Erik’s role, Senta’s fiancée, antiheroic and weak from all perspectives compared to the Dutchman, is one of the most unrewarding Wagnerian roles: demanding in tessitura and vocally and scenically bland. Erik has to represent the lukewarm bourgeois values and it often doesn’t work on the stage, even though the stalls are full of people who would share his views. Erik was defended by Timothy Richards; the voice wasn’t beautiful but the high notes were well placed and he didn’t lack momentum. Itxaro Mentxaca was good in the role of Mary and very good Mikeldi Atxalandabasso as steersman.

The choir was in good shape, especially the male section, which has a big, rewarding and attractive role in this opera. On the conductor’s podium there was the Ukrainian Oksana Lyniv, the first woman to conduct a Wagner at Liceu. She conducted with intensity and nerve, with tempi that were often on the quick side. The famous overture appeared a little wild, with an overly blunt orchestral sound that lacked roundness and balance. However, the interaction with the voices worked rather well and the global balance was good. 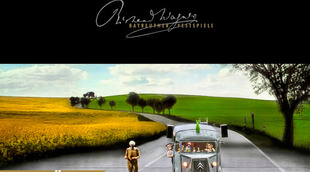 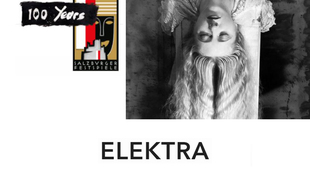