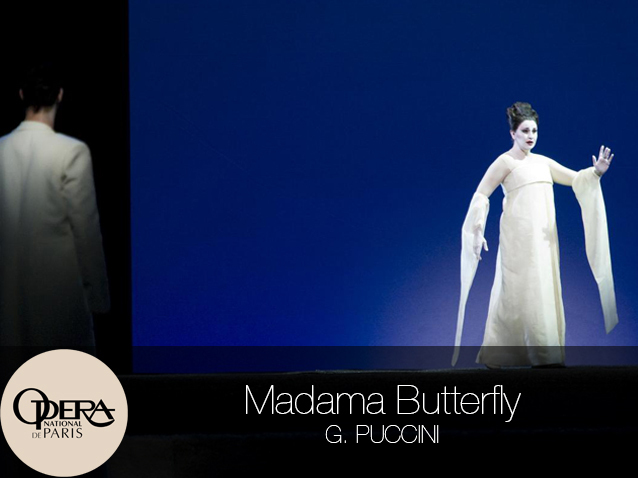 Undoubtedly one of the most beautiful and most comprehensive portraits of a woman in the history of opera—but also one of the most terrible, since it is a tale of humiliation and deceit which ultimately leads to death. From its advent in the 1890s, “verismo” had relied on excessive, melodramatic librettos and effective, uncompromising theatricality. It had also relied on a power of expression that transformed the slightest word into imprecation. This was true for a work like Cavalleria rusticana or Tosca, Puccini’s preceding work. In “Butterfly” though, there is nothing of the sort: there is little or no action, just the slow poetry of the soul. Certainly, there are words but they are pared down to perfection to become almost incidental. Compared to the devouring passion expressed in each intonation of Santuzza or Manon Lescaut, Butterfly contrasts silence and heartrending song with an unearthly modesty. Svetla Vassileva, who gained fame in Paris in Francesca da Rimini, plays the distraught young woman in this sensitive and flawless production by Bob Wilson.