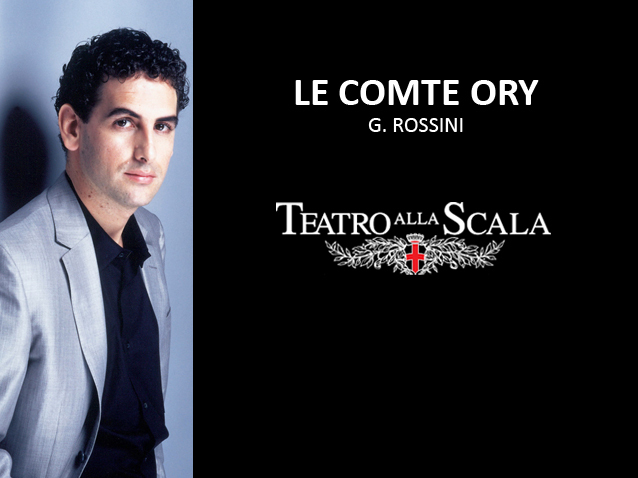 Rossini wrote this playful agile melodrama – his final comic masterpiece - during the years he spent in Paris, less than a year before he stopped composing operas altogether. He was helped in the drafting of the French libretto by the great Adolphe Nourrit, for whom the part of Comte Ory was written. He is in fact a sort of prankster Don Giovanni from the time of the Crusades, a comical type who loves to court honest dames and pious female pilgrims, with tricks, disguises, insistence, but ultimately little success. The score is naturally extremely refined, full of vivaciousness, irony and dizzying vocals. La Scala has hired for the role of protagonist none other than Juan Diego Flórez, the finest man for this role, along with Aleksandra Kurzak, Stéphane Degout and presents the production of Laurent Pelly, who was very successful with his Elisir d’amore in the 2009/10 Season. It will be conducted by the reliable Donato Renzetti.