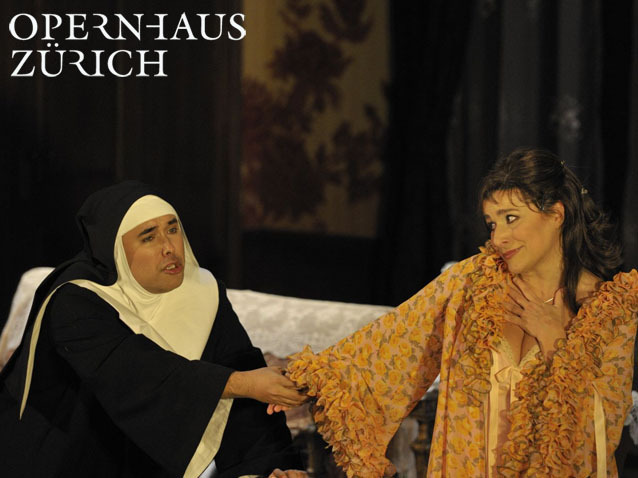 Premièred in Paris in 1828, Le Comte Ory is one of the most erotic operas in musical literature. The lecherous Count Ory intends to take advantage of the absence of many husbands due to war. He disguises himself as a hermit in order to seduce those women who have sworn an oath of chastity. However, he is repeatedly exposed and in the end is forced to abscond without having achieved his objective. Moshe Leiser and Patrice Caurier have transported the action from the Middle Ages into the petit-bourgeois, pleasure-hating atmosphere of a French village in the 1960s. Led by the Uruguayan tenor Edgardo Rocha and Cecilia Bartoli in one of her most famous roles as the Comtesse Adèle, this celebrated production features a cast of experienced Rossini singers. For the first time, Jean-Christophe Spinosi will be collaborating on this revival production with the Orchestra La Scintilla. The French conductor is one of today’s most sought-after exponents of historical performance practice.