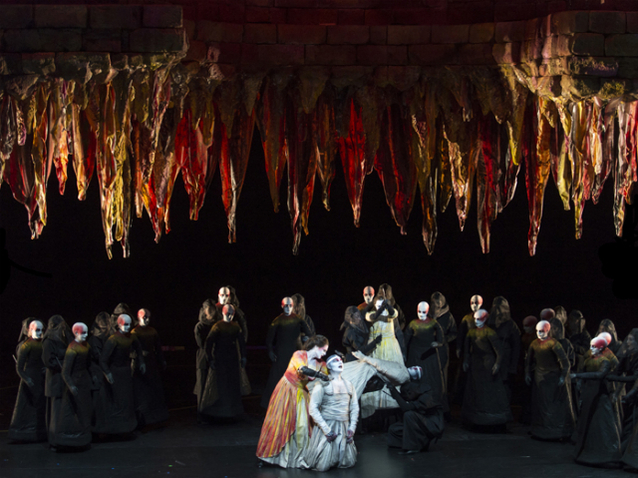 Iphigenia is the priestess of Diana on the island of Tauris. An exile, she knows nothing of the misfortunes that have plagued her family. But one night she dreams of a double murder: her mother Klytemnestra kills her father Agamemnon, the king of Mycenes, and she herself kills her brother Orestes. Events quickly come to a head when none other than Orestes and his faithful friend Pylades turn up on the island, only to face King Thoas’ decree that all strangers landing in his kingdom of Tauris be put to death. Will Iphigenia’s sisterly love for Orestes prove stronger than her religious zeal? When Christoph Willibald Gluck chose the curse of the House of Atreus as the subject for two of his operas, he literally reinvented ancient Greek tragedy by composing music that perfectly followed its dramatic curves. Iphigénie en Tauride premiered in Paris in 1779 and marked the apex of the German composer’s great achievements for the opera stage, which he had relentlessly striven to modernise. Gluck’s vision of musical theatre, supported by poetry and dance, make Iphigénie en Tauride an uncontested classic of the final years of the Age of Enlightenment.