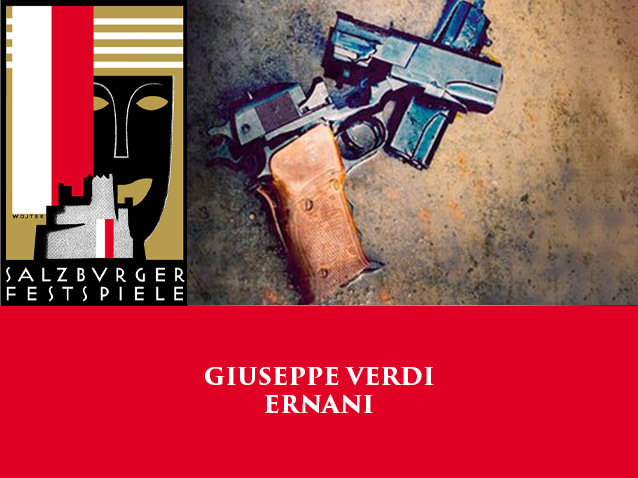 Victor Hugo’s verse drama Hernani, ou L’Honneur castillan received its tumultuous first performance in Paris in 1830 and proved instrumental in helping Romanticism to achieve its breakthrough as a literary movement, while also firing the imagination of a young generation of Italian artists. Verdi felt at once that the play offered him precisely what he needed to follow up successful choral operas like Nabucco with a thrilling drama made up of individuals: characters painted with clear and powerful brushstrokes who are involved in violent confrontations. Such clashes are effectively preordained since Elvira, the passionate ‘maid from Aragon’, is the object of desire of three different men: her lover Ernani, who, as a dispossessed aristocrat, is forced to lead the life of a bandit and outlaw; Carlo – the historical King Charles V of Spain – and the elderly Don Ruy Gomez de Silva, Elvira’s uncle. With the except of Carlo, all fall victim to their desire for revenge, to a bizarre sense of honour and to a pride that borders on the hubristic. As reworked by Verdi’s librettist Francesco Maria Piave, these larger-than-life characters from Victor Hugo’s stage play allowed the composer to define his male vocal archetypes with a rare degree of clarity: the granite-like monochromatic bass (Silva), the lyrical, fiery and desperate tenor hero (Ernani) and the charismatically powerful baritone (Carlo) who draws on both of the other two types and in Julian Budden’s words is ‘now zephyr, now hurricane’. The force and intensity of Hugo’s alexandrines is reflected in Verdi’s music, the entire opera being characterized by a clear and sinewy melodic style underpinned by taut rhythms, lending it an astonishing sense of unity. First performed in Venice in 1844, Ernani was Verdi’s first internationally successful repertory work which shows the crystallization of his musical personality, and does so to fascinating effect.

Helmut Pitsch
Published on the 04 of September, 2015
See all columns