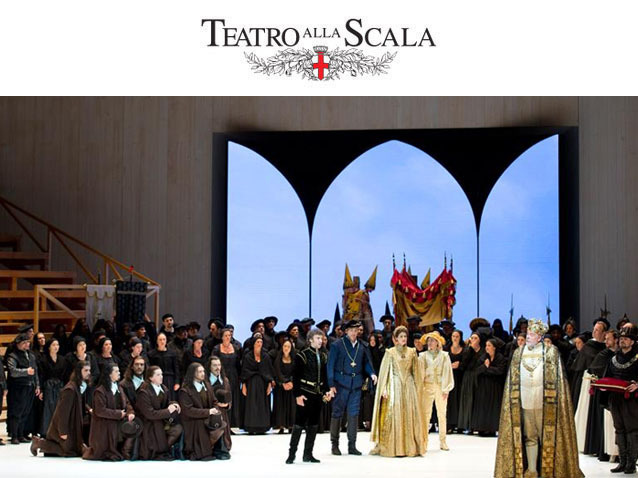 In 1977, Claudio Abbado presented Verdi’s Don Carlo in the version in Italian with five acts, which he was to resume in 1868. The opera, created in five acts in Paris in 1867, made its debut at La Scala in this form the following year; Verdi also reduced it to four acts in 1884 for La Scala, only to return to the extended version in Bologna in 1886. At La Scala before Abbado, this version was also chosen by Arturo Toscanini, Antonino Votto and Gabriele Santini; since this last, nobody. Now, after 40 years, the version with the “Fontainebleau Act” returns to the Piermarini stage with one of the greatest living conductors of Verdi of our time, Myung-Whun Chung, and Peter Stein’s action-focussed directing. A historic fresco and a personal drama, Don Carlo requires six outstanding soloists: singing together at La Scala with the legendary Ferruccio Furlanetto in the role of Filippo will be the magnificent female couple of Krassimira Stoyanova and Ekaterina Semenchuk, and the young, generous voices of Francesco Meli (by now, the go-to tenor for Verdi), Simone Piazzola and Orlin Anastassov.