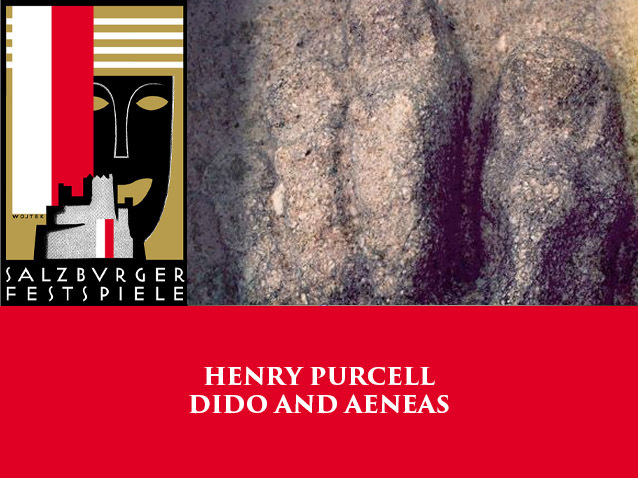 A widowed ruler who manages to welcome a new lover into her life only to kill herself when he abandons her: when poets and composers from the late 16th century onwards discovered the theatrical potential of Virgil’s account of the Trojan hero Aeneas and Dido the queen of Carthage, their interest was focused in the main on Dido’s emotional standpoint. In spite of its title, this is also true of Purcell’s one and only opera Dido and Aeneas of 1684, which will be performed in Salzburg in an unusual form that adds a female speaking role to the work. From the very outset Dido is depicted as inwardly torn, a woman who reluctantly allows her cheerful confidante Belinda to talk her into obeying the dictates of her heart. And Dido’s downfall is not merely a consequence of Aeneas’s divinely ordained departure for Rome, there are also consciously destructive forces at work here in the guise of an evil sorceress and her followers who reflect the contemporary enthusiasm for witches found in Shakespeare’s Macbeth, inspiring Purcell to write music both chilling and grotesque. In stark contrast, the scene with the witches’ coven is followed by a pastoral idyll during a royal hunt, the only point of repose within a work that moves swiftly towards its tragic climax. Lasting under an hour, Dido and Aeneas is an opera on a miniature scale. All the more fascinating is its emotional and atmospheric range and its variety of forms, including several choruses and dances, which follow each other in quick succession. Even those passages in the libretto that seem almost cartoon-like in their brevity are invested with human depth by the composer. The music critic Andrew Porter has described Dido and Aeneas as ‘just about the only flawless operatic tragedy ever written’. In its unadorned veracity and its sure feel for dramatic timing, the work casts a spell on us from start to finish, rising to an unbearably moving climax in the dying Dido’s final lament: ‘Remember me, but ah! forget my fate.’

Spirit, in form of Mercury 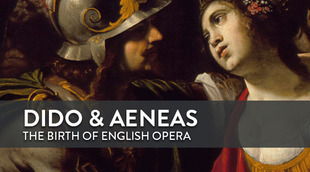 Purcell’s Dido and Aeneas: the birth of English opera

It was by no means certain that Dido and Aeneas would have a long career – in fact Purcell composed his opera for a girls’ boarding school, where it was to be performed by amateurs to a modest lib…