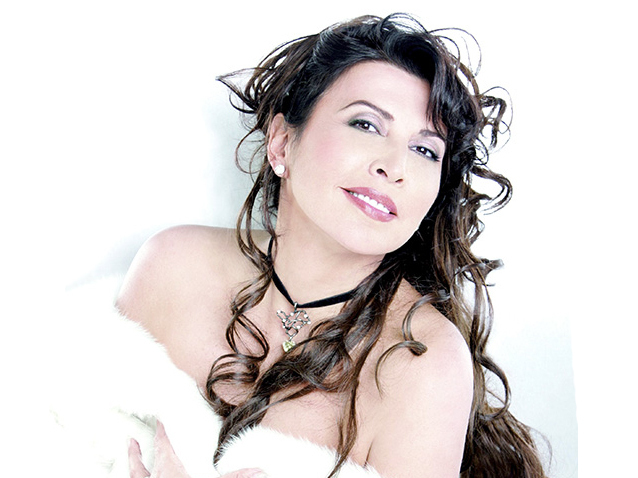 Maria Guleghina is one of the most celebrated and acclaimed sopranos of the world. Her performances are invariably rewarded with standing ovations throughout the world’s foremost opera houses. She has been described as the “Cinderella from Russia”, “Russian soprano with Verdi flowing through her veins” and “Vocal Miracle”. She is particularly noted for her interpretation of the title role in Tosca. Her repertoire also includes the title role in Aida, Manon Lescaut, Norma, Fedora, Turandot, Adriana Lecouvreur,  as well as Lady Macbeth in Macbeth, Abigaille in Nabucco, Violetta in La Traviata, Leonora in Il Trovatore, Oberto and La Forza del Destino, Elvira in Ernani, Elisabetta in Don Carlo, Amelia in Simon Boccanegra, and Un Ballo in Maschera, Lucrezia in I due Foscari, Desdemona in Otello, Santuzza in Cavalleria Rusticana, Maddalena in Andrea Chenier, Lisa in Pique Dame, Odabella in Attila,Gulnara in Il Corsaro, etc.

Maria Guleghina began her professional career at the State Opera in Minsk, and a year later made her debut in La Scala as Amelia in Un Ballo in Maschera under Maestro Gavazzeni opposite Luciano Pavarotti. Her voice of great power, warmth, thrust and with immense acting ability made her a permanent and welcome guest everywhere. At La Scala she has performed in 15 new productions including Lucrezia in I due Foscari, Tosca, Fedora, Turandot, Lady Macbeth in Macbeth, Lisa in Pique Dame, Manon Lescaut, Abigaille in Nabucco, Leonora in La Forza del Destino conducted by Riccardo Muti in Tokyo. She has accompanied La Scala on two tours to Japan in 1991 and 1999. She also performed two solo recitals at this legendary theatre.

Since her 1991 debut at the Metropolitan Opera as Maddalena in a new production of Andrea Chenier opposite Luciano Pavarotti, she has performed there over 150 times as Tosca, Aida, Norma, Adriana Lecouvreur, Turandot, Santuzza in Cavalleria Rusticana, Abigaille in Nabucco, Lisa in Pique Dame, Dolly in Sly, Giorgetta in Il Tabarro and Lady Macbeth in Macbeth.

In 1991 she made her Vienna State Opera debut in Andrea Chenier and has returned to perform Lisa in Pique Dame, Tosca, Aida, Elvira in Ernani, Lady Macbeth in Macbeth, Leonora in Il Trovatore and Abigaille in Nabucco.

Before her 1995 stage debut in the Royal Opera House, Covent Garden where she performed  the title role in Fedora opposite Placido Domingo, she had already performed in a critically acclaimed concert performance of Ernani at the Barbican with the Royal Opera House company. This was followed by a highly successful recital at the Wigmore Hall. Her other appearances at Covent Garden include Tosca, concert performances of Andrea Chenier, Odabella in Attila and Lady Macbeth in Macbeth.

In 1996 Maria Guleghina’s debut in Arena di Verona was as Abigaille in Nabucco where she was awarded the “Prize of Giovanni Zanatello” for a sensational debut performer. She has since performed there on numerous occasions.

In 1997 Maria Guleghina made her Paris Opera debut with the title role in Tosca and has since been seen in this theatre as Lady Macbeth in Macbeth, Abigaille in Nabucco and Odabella in Attila.

Many of the productions in which she has appeared have been broadcast on the radio as well as televised. They include Tosca, Pique Dame, Andrea Chenier, Sly, Nabucco, Cavalleria Rusticana, Il Tabarro, Norma, Turandot and Macbeth from the Metropolitan Opera, Tosca, Manon Lescaut  and Un Ballo in Maschera  from La Scala, Attila from Paris Opera, Nabucco from the Vienna State Opera and solo recitals from Japan, Barcelona, Moscow, Berlin and Leipzig.
She has numerously performed with the world’s leading singers and conductors including Luciano Pavarotti, Placido Domingo, Leo Nucci, Renato Bruson, Jose Cura and Samuel Ramey, Gianandrea Gavazzeni, Riccardo Muti, James Levine, Zubin Mehta, Valery Gergiev, Fabio Luisi and Claudio Abbado.

Some highlights of her recent engagements include a new production of Turandot at the Arena di Verona and at Teatro Alla Scala, the world premiere of Concert On Demand where the public chose the program in advance per online-vote at the Mariinsky Concert Hall. A fulminant role debut as Gulnara in Il Corsaro at the Dortmund Konzerthaus. Ms Guleghina also performed at the Closing Ceremony of the WInter Olympics in Vancouver.

Some of Ms Guleghina’s future engagements include Nabucco and Turandot at the MET; Nabucco and Tosca at the Vienna State Opera; Turandot  and Andrea Chenier at the Deutsche Opera Berlin; Macbeth  at the Mariinsky Theatre; Tours to Japan with Turandot, Nabucco and Tosca as well as various solo recitals in Europe in Asia.

Ms. Guleghina  is the recipient of numerous prizes and awards including Puccini Prize as Best Puccini Performer,   2001 Bellini Prize,  Giovanni Zanatello Prize for her debut at the Arena di Verona, Maria Zamboni gold medal, 1999 gold medal at the Osaka Festival, the Arte e Operosita nel mondo prize from Milan, etc. For her social engagement, she has been awarded the Orden of Holy Olga, the Highest Orden of the Russian Orthodox Church by Patriarch Alexis of Russia. Ms Guleghina is the honorary board member to the International Paralympic Committee as well as a Goodwill Ambassador to Unicef.