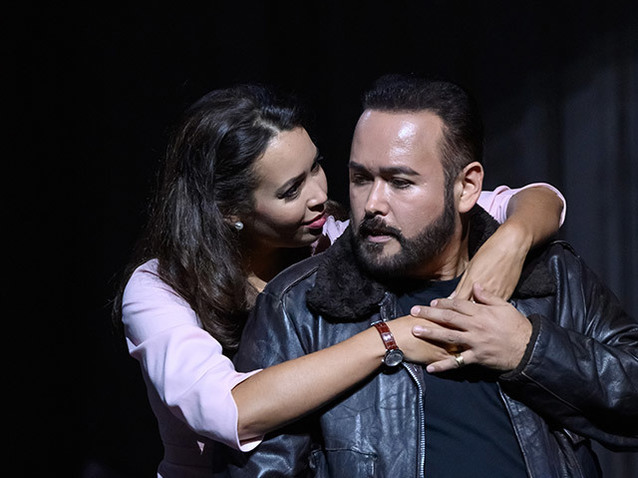 Liceu continues with safe bets for guaranteed box office sold outs. Last month we had La Bohème and now for the closing of the season arrives Lucia di Lammermoor.

The great title by Donizetti was presented with a premium cast: Mexican tenor Javier Camarena as Edgardo and North American soprano Nadine Sierra as Lucia for her debut at the theatre. The production, from 2015, came from the Bayerische Staatsoper, signed by Polish actress and theatre director Barbara Wysocka.

The voices for the leading roles delivered beyond expectations and it was difficult to decide who outdid the other as both were splendid and, right now, they might be the best pairing for performing Lucia di Lammermoor. 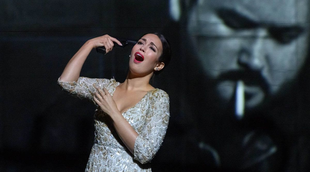 Nadine Sierra sang, acted and finally seduced an audience that rewarded her with endless applause. She provided the most in style bel canto and overcame all the great score demands. Her fil di voce were spot on and she was able to produce soft, delicate and ethereal sounds in the higher register. Her singing was firmly grounded in a well-controlled breathing, it was fluid, legato and her diaphragm responded with precision on the agility passages. Her two great solo scenes were absolute triumphs, despite being infinitesimally flat on the final note of the madness scene.

Javier Camarena was also an anthological Edgardo. The evolution of his voice is an interesting one as, whilst maintaining the brightness on the top notes, it is gaining weight and density in the central register which now sounds with an ideal warmth for the roles of lyric tenor. He saved his best cards for the final imposing scene, and he too obtained a total triumph.

Rough, authoritarian and blunt was Alfredo Daza, debuting at the theatre, who was convincing in the Role of Enrico. Mirco Palazzi failed to fully fill the role of Raimondo of the weight and gravity that the sacerdotal dignity demands of the character.

The rest of the secondary characters did well, including Emmanuel Faraldo in the unpleasant role of Lord Arturo Bucklaw, a character commonly known in the opera tradition as Lo sposino (the little husband), who only comes on stage to be killed. 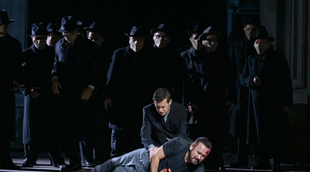 The choir also did very well and even more so did the orchestra, who had one of the best performances of the season with this Lucia.

This level of musical excellence would not have been achieved without the significant contribution of young conductor Giacomo Sagripanti, who perfectly controlled the ensemble sections, guided the choir well and gently enveloped the soloists in their bel canto outpourings.

It is worth highlighting that the performance incorporated many – almost all – of the fragments which the interpretative tradition of the piece had been cutting progressively throughout the years. This process had left the plot, which is in and of itself delirious enough with phantoms, tombs, assassinated husband on the wedding night and lover who commits suicide between aria and cabaletta, almost incomprehensible.

Visually, the production by the Bayerische Staatsoper is beautiful. The whole of the action takes place in a great ball room in ruins, very well lighted by Rainer Casper, who imitates some of the most captivating photographs of the celebrated book Ruins of Detroit by Yves Marchand and Romain Meffre, including the overturned piano.

Dramatically, the production directed by Barbara Wysocka does not work too well. The intention of the director of converting the traditionally passive and fragile Lucia into a strong and active woman is constantly distorted by the text, the action and even by the music. Wysocka’s idea is a good one, but the piece offers too much resistance.

The melting pot of references does not help either: Enrico is presented as a capo from The Godfather, Edgardo as James Dean in Rebel Without a Cause but wearing Marlon Brando’s black bomber jacket from On the Waterfront and Lucia starts as a kind of Maria from West Side Story, evolving into Jacqueline Kennedy, and ending as Marilyn Monroe in her sequin dress for the madness scene.

In the final curtain call, the stage director received a mix of shy approval and shy disapproval.