Fresh Feeling Cast Brings a Lightness of Touch to The Magic Flute at the Royal Opera House, Covent Garden 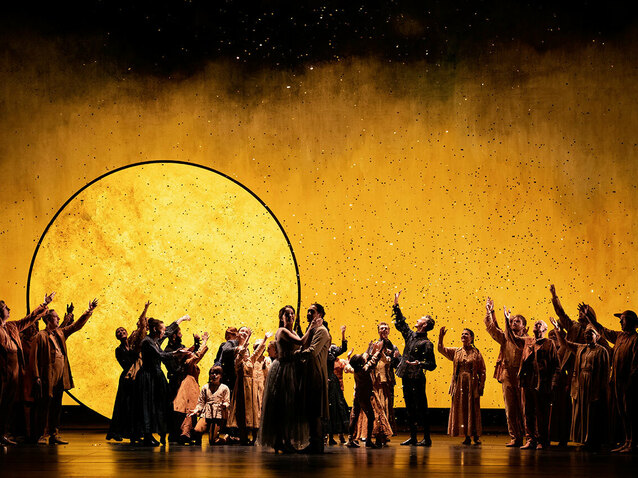 Unlike the ballet The Nutcracker, which is also currently on at Covent Garden, The Magic Flute is not strictly a Christmas piece. However, Mozart’s final opera, which premiered on 30 September 1791 just a few months before his death, is both enchanting and humorous, meaning it is perfect fare for the festive season. The work, which takes the form of a Singspiel that combines singing with spoken dialogue, sees the Queen of the Night persuade Prince Tamino to rescue her daughter Pamina from captivity under the high priest Sarastro, who she claims is evil. As Tamino goes about his quest, however, and falls in love with Pamina, he learns that things are the other way around. The Queen of the Night represents the forces of darkness, while Sarastro’s community stands for high ideals and enlightened values, leading Tamino to seek to join it. As a result, he and Pamina, separately and then together, undergo a series of trials of initiation. These are focused less on revealing brute strength than moral resolve and mental courage, and end in triumph as the Queen and her cohort are vanquished. Some comedy is also introduced in the form of the bird catcher, Papageno, who accompanies Tamino on his quest and fails the trials completely, though he is rewarded anyway with the hand of his ideal female companion Papagena.

Mozart and his librettist, Emanuel Schikaneder, were both Freemasons. This not only explains the work’s Masonic elements and Enlightenment philosophy, but also why it has never been the easiest piece to stage since it is, in the words of Sarah Lenton, a ‘jumble of farce and sublimity’. In nineteenth century Germany it became caught between the advocates of Italian and Romantic opera, and bridging the gap between its fun and religious elements, its obvious magic and deeper symbolism, has remained difficult to this day. 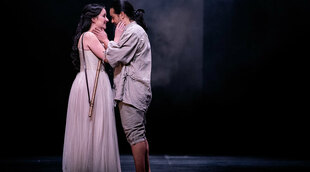 If, however, doing full justice to one or more of the piece’s elements risks sacrificing something of the others, David McVicar’s 2003 production, revived here by Angelo Smimmo, goes a considerable way towards squaring the circle. It does this by offering a frequently quiet staging that nonetheless allows each of the opera’s disparate elements to breathe uninhibited. It keeps the humorous aspects under control while allowing the emotional and symbolic elements to speak, unimpeded by an overly lavish set-up.

The production certainly has its sillier moments as the curtain rises on a dopey looking serpent, and Papageno’s entrance is accompanied by a bird pushed along on wheels who proceeds to outwit the bird catcher, at least during ‘Der Vogelfänger bin ich ja’ itself. It is far better, however, to pass these props off as ironic in their humour than to risk falling flat on one’s face by trying to make them more serious. Elsewhere, the staging has a pleasing understated quality. The Temple of Wisdom, in which the Speaker appears, finds enough to draw the eye with just a few celestial instruments and figures, while the Queen of the Night appears against a backdrop of constellations in the sky. John Macfarlane’s set, coolly yet brilliantly lit by Paule Constable, sees columns run down both sides of the stage, which can be relatively compressed to suggest an overbearing, enclosed space, or opened out to create a far larger area. These columns are deliberately ill proportioned so that the resulting structure possesses a post-modern feel that is entirely in keeping with the piece’s eccentric and unconventional nature. The fact that it is such a mainstay of the operatic repertoire today makes it easy to forget just what a radical work it really is, and so to anyone witnessing it in 1791 it may well have felt ‘post-modern’.

With the movement director being Leah Hausman, the production includes a sizeable group of actors who move between playing humans, animals and puppeteers. They operate the serpent at the start and also hand the staging a touch of the Brechtian by making the introduction and removal of certain props an integral part of the drama. In a similar vein, when the Queen of the Night sings ‘O zittre nicht, mein lieber Sohn’ the Ladies are joined in swaying around her by three further veiled figures who help to accentuate her presence. The actors also give the animals they play during ‘Wie stark ist nicht dein Zauberton’ human traits as warthogs carry walking sticks and birds walk on stilts. All this is in keeping with the fact that the opera premiered not at Vienna’s Burgtheater, but at the librettist Schikaneder’s own Freihaus-Theater auf der Wieden, where by November 1792 it had already notched up a hundred performances. This venue was as famed for its fairytales and comedies as its Goethe, and the original production included sixteen set changes as well as real lions, monkeys and serpents.

There are still some moments that miss the mark, such as the journeys through fire and water. While the intention is clearly to vest much of the drama in the lighting and smoke effects, it remains too easy to watch it and feel that the actors are simply writhing and swaying a little. In addition, amusing though it is to see the two Priests involuntarily jiving to Papageno’s bells in ‘Ein Mädchen oder Weibchen’ (and ‘old hands’ Harry Nicoll and Donald Maxwell could not do it better), the spectacle detracts from us really engaging with the bird catcher’s sorrow. When their actions also seem too small for the Royal Opera House stage, it might have been better either to have let Papageno sing the aria totally unimpeded, or to have injected it with far greater activity. The revival is strong, however, at capturing the comedy that is to be found among the slaves who follow the villain Monostatos. With them decked out in monochrome colours that suggest their attitudes are as old-fashioned and outdated as their clothes, they convey the right senses of fear, menace and humour as they run around the stage, and their own impulsive and highly amusing dancing is tightly executed. The focus they demonstrate is certainly helped by the fact that the role of Monostatos himself is brilliantly executed by Brenton Ryan who asserts a spiky and malevolent presence as well as an excellent tenor. 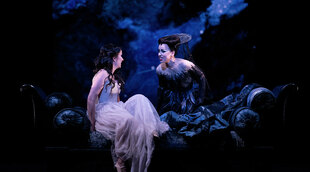 Many of the cast are playing their respective roles at Covent Garden for the first time and they certainly succeed in bringing a sense of freshness to the proceedings. They are in possession of some extremely beautiful instruments, with Filipe Manu in particular displaying an exquisite tenor that really blooms in Tamino’s ‘Dies Bildnis ist bezaubernd schön’ and ‘Wie stark ist nicht dein Zauberton’. The set of voices on offer perhaps feel on the light side but, although this occasionally presents problems with projecting across the large Royal Opera House, it is generally a positive since they bring a lightness of touch to the proceedings as a whole. When Pamina (a gorgeously sung Anna Prohaska) and Papageno (a highly accomplished and entertaining Gyula Orendt) reflect on love in ‘Bei Männern welche Liebe fühlen’ while huddled at the front of the stage, it is less about the pair metaphorically filling the vast auditorium, and more about them drawing us in to meet with them.

Aigul Khismatullina is a tremendous Queen of the Night. With the allure and presence to take the stage by storm, she maintains an almost hauntingly piercing focus in ‘Der Hölle Rache kocht in meinem Herzen’ that makes the aria feel extremely special. There is also strong support from Alexandra Lowe, Gabriele Kupšyte and Kseniia Nikolaieva as the Three Ladies, Sarah Dufresne as Papagena, Oliver Zwarg as the Speaker of the Temple, and Egor Zhuravskii and Thomas D. Hopkinson as the Men in Armour.

Brindley Sherratt is a highly experienced and superlative Sarastro, who can not only roll the deep bass notes with consummate skill, but also project a great nobility by coming across as such a considered and thoughtful character. In the pit, Maxim Emelyanychev elicits an extremely detailed, nuanced and beautiful sound from the orchestra. Perhaps by the same token, it does not achieve the same sense of drive as some interpretations, but his approach complements the singers perfectly. Someone desiring a little more heft all round may prefer to wait until January 2023 when the cast changes for some of the performances (Richard Hetherington conducts on 21 January), but the lightness of touch that comes with the present cast is undoubtedly the making of these performances in their own right.