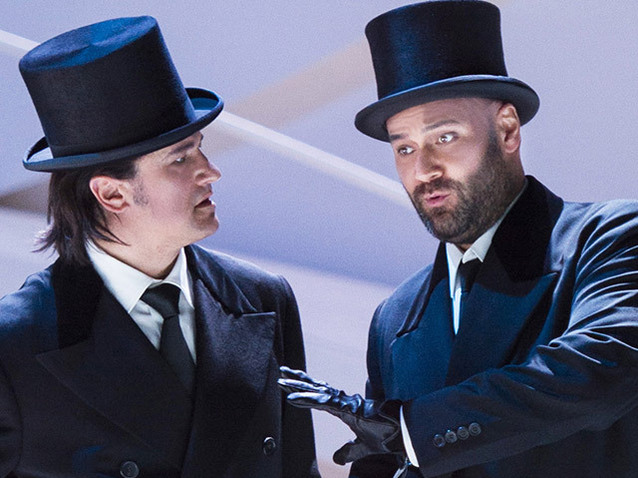 Surprisingly, a major title of the French operatic tradition such as Gounod’s Faust had never been staged before at the Salzburg Festival. It happened this year in a production signed by Austrian director Reinhard von der Thannen, responsible for sets and costumes as well. However solid the cast was, the main focus of the production was certainly von der Thannen’s staging  – and with good reason (one could actually tell right from the programme notes, entrusted to philosopher Mirjam Schaub, not to a musicologist: and indeed music has really little room in the lavishly illustrate book, even if the opera was no fixture of Salzburg). 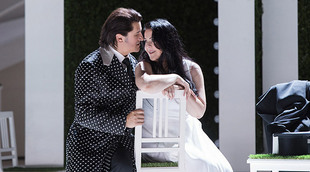 The director conceived an engaged, sophisticated interpretation of the drama set to music by Gounod, as a grotesque show on human being and/in society. The master of this show is definitely Méphistophélès, whose trunk transforms into a dressing room where the characters sit and dress. The character is actually much more a magician than a devil, a side of Faust’s conscience rather than any transcendent power conditioning Faust from outside. Coherently with this interpretation von der Thannen downplays the religious, theological side of the drama, quite prominent by Gounod. A logical consequence has been the cut of the entire Walpurgis-Night scene from Act 5, three scenes including the extensive ballet (almost half an hour of music) added by Gounod for the 1869 performances at the Opéra: a good choice, given the length of the show, which brings the opera back to its original format, mitigating the grand opéra flavour it had subsequently acquired. The director rather interprets the opera as a compact, romantic grotesque drama not far from Verdi’s Rigoletto (just 8 years apart) and based on a similar mingling of sublime and grotesque derived from Verdi’s French source: Victor Hugo. This powerful, and in a way Shakespearean, tragicomical discourse gets foreshadowed by the opening scene, showing Faust as a brother to Hamlet.

A haunting clownish atmosphere – a sort of grotesque, but terribly serious, carnival experience – hangs continuously on the stage, mainly embodied by the choristers and dancers, wearing a standard costume completed from time to time with specific gadgets (e.g. helmet and rifle for the soldiers). Von der Thannen refers explicitly to the poetics of ancient Greek and specifically Aristophanes’ comedies, where the actors wore grotesque masques and the choruses imaginative costumes. Occasionally Méphistophélès himself dresses as a clown, and by the end of the play so does his alter-ego Faust. The clown stands for the upsetting symbol for an angst-ridden society: a sinister presence which makes normal life somewhat unfamiliar, generating anguish. By the end of the opera the three main characters get swallowed in the threatening clownish crowd.

Even if comedy is the dominating tone (prominently in the quartet from Act 3, cleverly acted as a comic scene with the characters sitting on Marguerite’s bed), a number of contrasting attitudes get successfully underscored throughout the opera. In the Ballad of the Golden Calf a female dancer completely concealed by a glittering silver costume stands for the object of the base instincts of the male mass, culminating the sexual references of Act 2. The grotesque turns into the macabre in the soldiers’ chorus of Act 4, when a giant skeleton reminding about the permanent threat of death marches by. The movement of choristers and dancers (nicely choreographed by Milanese Giorgio Madia) on the stage is cleverly handled, often to geometrical patterns, such as in the soldiers’ scene in Act 4, while, still in Act 4, soloists are effectively directed in the duel.

Colour stands as a major feature of a basically black-and-white staging: white, gray and black dominate sets and costumes in a (nearly) monochromatic landscape, underscored by the frequent display of white lighting, such as the blinding light at the opening of Act 3. This coherent, elegant background, a sort of permanent fil rouge, contrasts with the skin-coloured costume of the choristers and dancers. The sets consist in a single CinemaScope stage, with a central eyeball structure surrounded by concentric oval eyelids. A strong contrast is provided by Marguerite’s world, her room made up of a single white bed with green, grassy walls and floor where daisies grow: a powerful visual translation of her «demeure chaste et pure».

One might object to some “didactic” features of the staging the audience does not really need, presented in a rather direct way, lacking any mystery; this is the case of the neon-light “Rien” sign hanging in the first scene (“Rien” being the first word of the libretto, as well as being, in von der Thannen’s interpretation, a main philosophical issue, symmetrically recurring at the end of the opera), the “M” for Méphistophélès on the character’s trunk, Marguerite’s appearance in the background whenever she gets mentioned in Act 1 and 2 (a device which tries to compensate for the very late comparison of what is possibly the main character of the opera, for a long time titled Margarete in German-speaking countries), the giant daisy coming down in Act 4, the toy church and little house pulled by Faust and Mephistopheles, Siébel’s fake beard on the mezzo Tara Erraught... 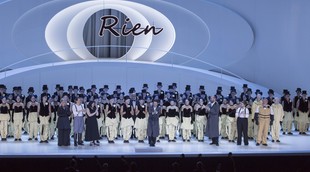 Under Alejo Pérez’s baton, the Wiener Philarmoniker sound from the start radiant and energetic; an attitude which generally works pretty well, providing the drama with a nicely flowing, steady impulse and reaching some nearly expressionistic peaks at the news of the death of Marthe’s husband in Act 3, at Faust’s cry “Marguerite” ending Act 3 or at the opening of Act 5. However, there is hardly any hint of a nuance, a feature which severely hampers, on the huge stage of the Grosses Festspielhaus, some of the singers’ most delicate moments through the score, such as Faust’s first romance “Salut, demeure chaste et pure”, when Piotr Beczala is continuously overcome by the overtly sentimental voice of a solo violin. A much better balance between voice and orchestra has been found in pages such as the Marguerite-Faust duet in Act 3.

Piotr Beczala as Faust displays a powerful, ringing voice; Ildar Abrazakov dominates throughout convincingly Méphistophélès’ demanding role; Alexey Markov’s Valentine grows progressively during the opera, performing very nicely his death scene; Tara Erraught (Siébel) sings some especially remarkable couplets in Act 4, her only solo chance; Maria Agresta dominates Marguerite’s role with commanding attitude, warm timbre, effortlessly and naturally reaching the high register, acting quite effectively as the “little coquetish” girl required by the libretto in in Act 3, turning into an intense and at times elegiac figure in Act 4, letting the tragic side of the character come out in the masterly organized church scene. A further, main character of the opera has certainly been the Philarmonia Chor Wien, instructed by its founder Walter Zeh: very busy and very effective throughout the opera, the complaint on Valentine’s death being a good example of its skills among many the audience could enjoy. As it has enjoyed and warmly welcomed this successful, carefully planned Faust’s first time in Salzburg. 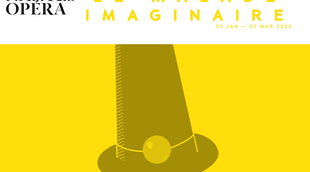