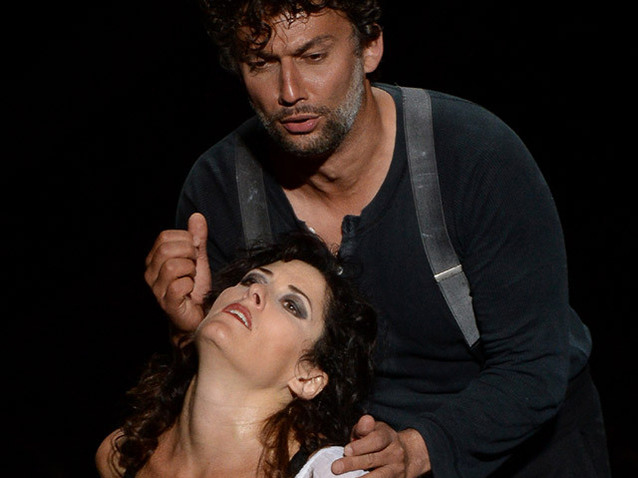 Carmen in Orange is a classic!Here people have applauded some of the greatest, particularly Béatrice Uria Monzon who provided thrills for audiences on three occasions at the Théâtre Antique.But this time, Carmen was forgotten, and the 9,000 or so spectators had eyes (and ears!) only for Jonas Kaufmann’s Don José. 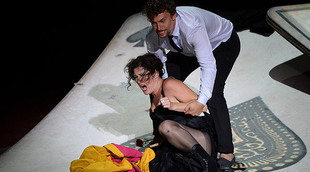 Not that Kate Aldrich is a poor Carmen:she is beautiful and has a certain noblesse (almost too much, sometimes evoking more Marie-Chantal in Seville than Bizet’s exalted cigar girl), she sings well – but she has no fire, no ardour, none of that searing violence we expect from Carmen.She is sensible, too sensible – and she doesn’t exist.At her side, a very charming Micaela despite the rather rough French diction, Inva Mula, still as popular with Orange audiences, and a slightly colourless Escamillo, Kyle Ketelsen, whose hit (“Votre toast”) falls flat, to the extent that you often wonder how Carmen can prefer him to Don José-Kaufmann !The secondary roles are all remarkably well filled:one can tell that Raymond Duffaut has had a hand in this: he excels at spotlighting young voices that will become great ones – or are already there!From the Remendado played by Florian Laconi, who has certainly become one of the finest French tenors, to the Mercedes played by mezzo Marie Karall, with her deep, amber timbre and passionate singing, by way of Armando Noguera’s Morales or the well-timbered Zuniga played by Jean Teitgen, there is a treasure trove of these new-generation singers who are increasingly flourishing on our stages.

But no matter what, we always come back to the man who dominates the evening, Jonas Kaufmann, more than a tenor: a musician of unusual subtlety, who knows how to hold back on the effects in order to simply convey his character, who knows how to sing his Flower aria like a lied, with a poetry in which he lays bare his entire being in front of Carmen, with really unusual shadings, colours as we’ve never heard them before, and those final measures up to the famous B flat sung piano, rising up again only to soften again, dissolve, without ever using the falsetto:great art, and an emotional moment of great intensity.Everything in his interpretation is superb, intelligent, well thought out, but seemingly so free:if we think of the final scene, for example, the duet in which he is able to balance out the sequences, never allowing himself to go over the edge, driving the plot with a palpable pain on his lips, without crying out, carried along by a despair rising to the surface that moves us with no stressed pathos.Jonas Kaufmann establishes himself right there, once again, as one of the greatest artists of his time. 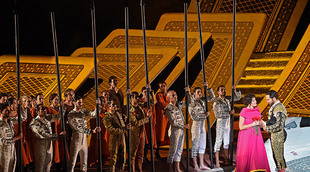 Three other factors made that evening what it was:the first is Louis Désiré’s set, plain, limited to a few decorative innovations (those visually successful big cards reduce the tale’s framework), a few aesthetic finds, but encumbered by rather unsuccessful costumes (especially those of the cigar girls who turn them into cloistered nuns!), and sinning most of all by directing with nobody home.No fire, no power, no drama.The second factor, the extremely elegant directing by Mikko Franck, is open to the same reproach:it is never flamboyant, first of all because the tempi are very (too?) restrained, and because the search for all those thousands of little refinements that make the Orchestre Philharmonique de Radio-France shine, as it seldom does, undoubtedly often damages the dramatic élan.  And yet, what a beautiful sound!The third and final factor is the mistral which, by blowing up repeated squalls, obviously makes the singers’ work, and the instrumentalists’, more difficult.

But, ultimately, what is remains from this new Carmen in Orange?Jonas Kaufmann’s Don José:it is mostly he they come to see and hear, and when they leave, they do so happy with the memory of that song of light and shadow.  Thank you, Don Jonas!

Read also : Carmen, « Red pepper, Scarlet flower »
What is there left to say about Carmen, whose perfect success was praised by such demanding musicians as Tchaikovsky, Brahms, Wagner and Richard Strauss?
The work is so well known that some think they can listen to it as a series of “hits” whose effectiveness is obvious.But how could the full richness of the title role – one of the most fascinating for audiences and for the many performers who have played it – be exhausted? Read more 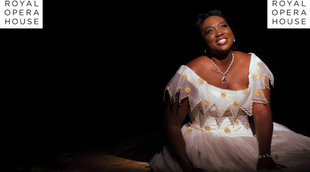