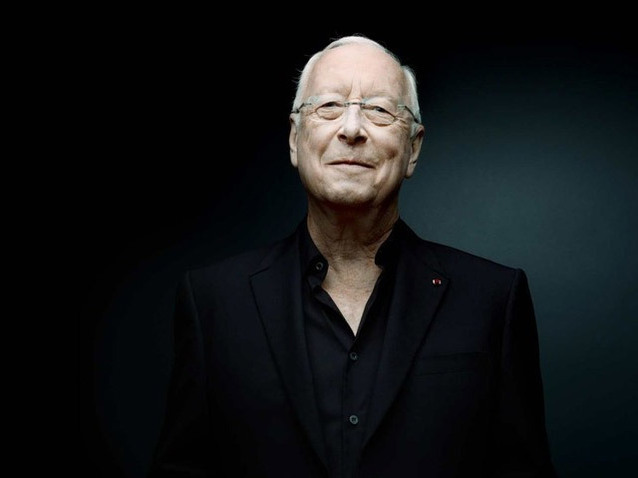 Quite a daring choice for a young American musician in the 1970s to consider a career as a harpsichordist! Nevertheless, this was indeed the choice of William Christie, notably taught by Ralf Kirkpatrick and Kenneth Gilbert; but his true path lay elsewhere: the few recordings show a soloist who was much less talented than his compatriot Scott Ross or his protégé Christophe Rousset. The small ensemble that he created in 1979, Les Arts Florissants, was originally a profoundly collective venture, jointly created by numerous instrumentalists and singers, including Dominique Visse, Guillemette Laurens and Agnès Mellon. Over time, it became much more centred around the persona of Christie himself, an evolution that aroused understandable resentment, but such is the way of things - the media industry is hungry for celebrities, and the big projects that could be funded by the growing reputation of the ensemble needed a conductor, in every sense of the term: goodbye collegiality, hello star system. Christie's two most recent inventions, his Jardin des Voix to give young singers experience, and the festival he organises in the gardens of his house in Thiré, can be seen as an attempt to return to the original purity of the collective, around the now acknowledged master.

In the course of this evolution, Les Arts Florissants participated in the invention of a model that seems very familiar to us today, having been imitated so often, that of an ensemble with a variable geometry, mainly composed of state-subsidised independent artists, limited to those few musicians experienced in both chamber music and large-scale works, choirs, soloists and orchestra, for the creation of big operatic productions. Opera is more than a detail in the history of Les Arts Flo and the personal fame of Christie: the very name of the ensemble refers to the pastorale The Arts Florissants by Marc-Antoine Charpentier, but the young musicians who participated in the founding of the ensemble in 1979 could not have imagined that their fragile collective would be able to tackle the most demanding and monumental works in the operatic repertoire; the voice was certainly present from the beginning, especially with the works of Charpentier, but we had to wait for the Paris Opera to invite it, first in 1985 for Hippolyte et Aricie imported from the Aix Festival, and especially in 1987 for the revelation that was Atys by Lully, for Christie and the musicians who surrounded him to be able to bask in the aura that only the great opera productions produce. This partnership with the Paris Opera reached its peak in the years when Hugues Gall was the director. Gall wanted to bring the great voices to the baroque repertoire and, together with William Christie and Robert Carsen, put on Alcina starring Susan Graham, Renée Fleming and Natalie Dessay (1999), then Les Boréades which, on the contrary, highlighted the growing weaknesses of Barbara Bonney, but also Les Indes Galantes which thrilled audiences time after time.

Christie is one of the rare craftsmen of the baroque repertoire who never went far beyond Mozart - who would have thought that Nikolaus Harnoncourt would record Aida? It wasn't a closed mind, but a simple awareness that the imbalance remains such that to play only music prior to Mozart is still seen as work for the public good. Bach was not one of his priorities, but he had many other champions. To stage Il Sant'Alessio by Landi, on the other hand, it took and still takes courage. Our contemporaries can easily imagine that this opera, based on the life of a fifth-century saint, created in Rome in 1632 and based on a libretto by a future pope, was likely to have an air of the sacristy and the font about it. Those who listened to the recording and then saw the production that Christie directed in Caen, Nancy or Paris, to packed houses, could see how much that life, both in joy and in sorrow, impregnated this invaluable score. He also had the constant merit of returning unceasingly to the smaller forms of the baroque era, that music of the everyday and the intimate, including small motets and cantatas for domestic consumption, in parallel to the large-scale forms of the court and the opera: a school of humility, listening and musical craftsmanship.

At a time when the record industry was saturated with the umpteenth recording of every symphony from the repertoire by Karajan, Les Arts Florissants managed to carve their own niche via an unusual discographic epic, often recording for the first time works now recognised as masterpieces from the repertoire. Take, for example, Harmonia Mundi, where William Christie is competing with René Jacobs, which allowed him to focus on the French repertoire, Erato from the mid-1990s enabling him to approach a more diverse repertoire. We can always return to the relative merits of one recording or another, but their virtue of discovery will have amply justified their importance at the very least, and many of the works then discovered have not had a recording capable of replacing them since. In recent years, Christie-directed productions have sometimes shown less attention to the theatrical aspect of the works, with a kind of stiffness in the guise of majesty. It is to be hoped that The Coronation of Poppea that William Christie will direct at the Salzburg Festival from 12 August will not feature such defects, but this prestigious invitation crowns an exemplary career in the service of opera, all the more honourable now that large companies seem be increasing overlooking this repertoire.

the 09 of August, 2018 | Print
Previous article Next article

The Coronation of Poppea - Salzburg F... 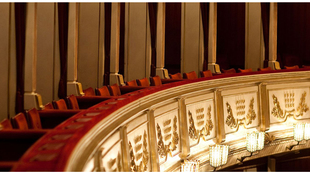