The Salzburg Festival, one hundred years of artistic ideals 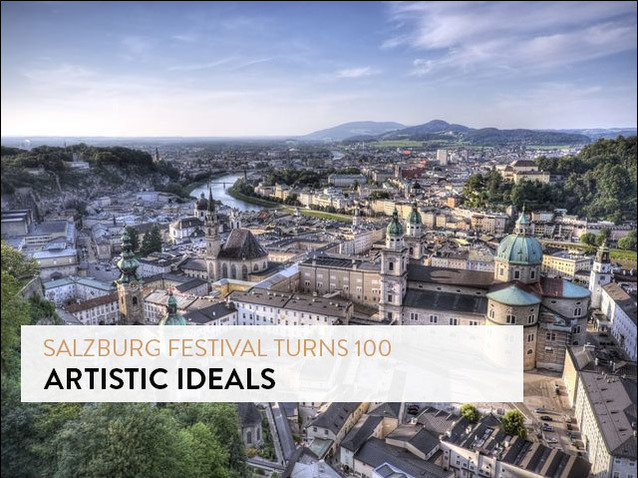 As a result of the health measures in place in Austria to combat the coronavirus pandemic, the 2020 Salzburg Festival is being "downsized and redesigned". In 2020, the Festival nevertheless celebrates its centenary with a programme that begins this year and continues next year. Through a series of articles that we are starting today, we look back on the major challenges of the Festival, whether ideological and political, artistic or musical - whether through the great performers and composers who have marked its history, its emblematic halls or the major works that have been performed over these 100 years.
We begin this series with the artistic ideals of the Salzburg Festival: a "European cultural utopia" that imposes itself "as a fundamental place for reflection on what makes a society", and "foremost the goal of interpretive excellence".

The first Salzburg Festival opened on 22 August 1920 with a performance of the play Jedermann by Hugo von Hofmannsthal, directed by Max Reinhardt, in front of the cathedral's baroque façade. The few performances that summer fell far short of what the festival's promoters had dreamed of - and a very different programme was announced for the following summer: a Mozart festival under the aegis of Richard Strauss, as well as a new show by Max Reinhardt.

Nothing was to go as planned, but this first festival summer was indicative of the tensions that presided over the birth of the festival in the small Austrian city that Stefan Zweig, who settled there in 1919, would describe in The World of Yesterday as so provincial and so sleepy. Mozart first: the Mozart cult, which was organised in Salzburg from 1841, gave rise to several festivals with leading musicians between 1852 and 1910, and it gave rise to the construction of a first permanent concert hall in 1914, the Mozarteum. The idea of a specific place in European culture for Salzburg already existed, and the first decades of the twentieth century gradually gave shape to this particular position. But what of the content for this cultural utopia? The supporters of the Mozart cult, as well as intellectuals and artists, had divergent ideas on this subject: the writers Hugo von Hofmannsthal and Hermann Bahr, the director Max Reinhardt, and not forgetting Richard Strauss, were among the driving forces behind this new vision of a celebration of the cultural values that the city of Salzburg embodied for them with its history and heritage.

« Hofmannsthal's gaze (...) also looked towards a geographical area, the Mitteleuropa of which Austria was the centre of gravity until 1918 »

For Max Reinhardt, Mozart was not the be all and end all: both an innovator in his art and a highly efficient entertainment entrepreneur, he saw Salzburg as an additional setting for his already flourishing business. In a city as baroque as Salzburg, his art of wide open spaces and crowd movement were an ideal stage, and his international fame ensured that a festival had influence. Anti-Semitic controversies and his participation in the company, including his ability to attract attention, brought him great hostility from other protagonists in the early stages of the festival’s history. Hofmannsthal was an essential ally for him: they had been well acquainted since Reinhardt staged the world premieres of Jedermann in 1911 and Der Rosenkavalier; but Hofmannstahl was also the bearer of a personal and ambitious vision of an ideal for Salzburg. For him, it was not about making tourism flourish, or simply offering the best of the musicians of the moment for a special occasion. Hofmannsthal's gaze was undoubtedly towards the past, with the 1750-1850 period in the firing line and Mozart and Goethe's Faust as tutelary figures; he also looked towards a geographical area, the Mitteleuropa of which Austria was the centre of gravity until 1918, before the world war came and turned it on its head. 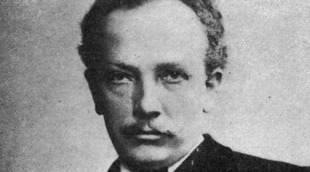 The First World War was naturally a break in the history of Salzburg, as it was in the history of Europe. Austria experienced a period of extreme poverty at the end of the war, similar to the hyperinflation of 1923 in Germany: creating a festival under these conditions was not easy. One of the great unifying projects of the entire artistic community participating in the definition of the future festival, namely that of building a performance hall embodying the ideals that drove them, was temporarily out of reach, despite projects and plans that had already been produced and completed to varying degrees. Jedermann was a lifeline for the first festival; the Mozart dimension triumphed the following year, especially with concerts, and even more in 1922 when the Vienna Opera came for the first time to present no less than four Mozart operas, notably directed by Richard Strauss, defender of the Mozart cause and supporter of a festival focused first and foremost on the goal of interpretive excellence, while supporting the intellectual aspirations of Hofmannsthal.

The ideals and tensions of the early years continued to be played out over the one hundred years of festival history. What is the point of such a festival? The decades of Herbert von Karajan's reign, from 1956 to his death, can in many ways be described as a period when ideals were less important than commerce, despite the unrivalled artistic quality of so many concerts and operas; the period in Austria was not one of avant-garde adventure, and the celebration of a glorious artistic heritage took the place of programmatic ambition, despite a few prestigious creations such as Henze's Bassarids in 1966.

« One of the founding ideas of the festival: the belief in culture as a fundamental place for reflection on what makes a society, a civilisation. »

With the arrival of Gerard Mortier in 1992, things changed, without the festival's modernisation scaring off the public. By putting Salzburg back at the heart of the artistic trends of its time, Mortier was only reviving one of the founding ideas of the festival: the belief in culture as a fundamental place for reflection on what makes a society, a civilisation. No doubt his perspective was more critical, less attached to the celebration of eternal values and more sensitive to the mutations of a world that can no longer believe in the universality of its ways of thinking. The following directors did not fundamentally change this path, without pursuing it with as much audacity and ambition. Even Markus Hinterhäuser, who has run the festival since 2017, has not fundamentally changed the precarious balance between commercial prestige and creative ambitions that Salzburg is trying to maintain, irrespective of the great success of some of the shows presented.